Here's my Tlaxcallan army. Originally for DBM (Ancients/Medieval), but also used for DBR (Renaissance) then DBMM,  FOG and so on. Fairly versatile and fairly huge at 380 figures! Not Napoleonics - but similar in prettiness and complexity of the painting! The figures are from Black Hat Miniatures, but were originally made by Gladiator Miniatures.

The Tlaxcallans were the enemies of the Aztecs, and allied with the Spanish to defeat them. They were highly organised, sharing leadership among 4 high lords rather than having a single king. Unlike the Aztecs they favoured the bow. The red and white headband was a sign of Tlaxcallan national identity.

I'm taking some pictures as I will be putting them on e-bay or similar sometime soon. Let me know if you are interested!

EDIT: These have now been sold, thanks. 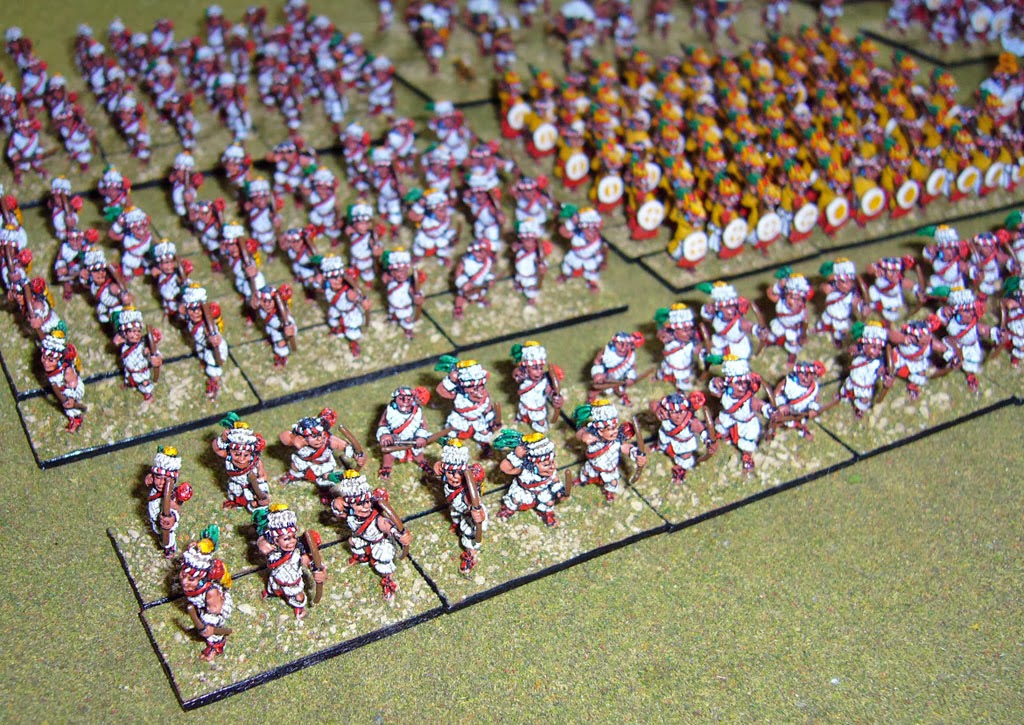 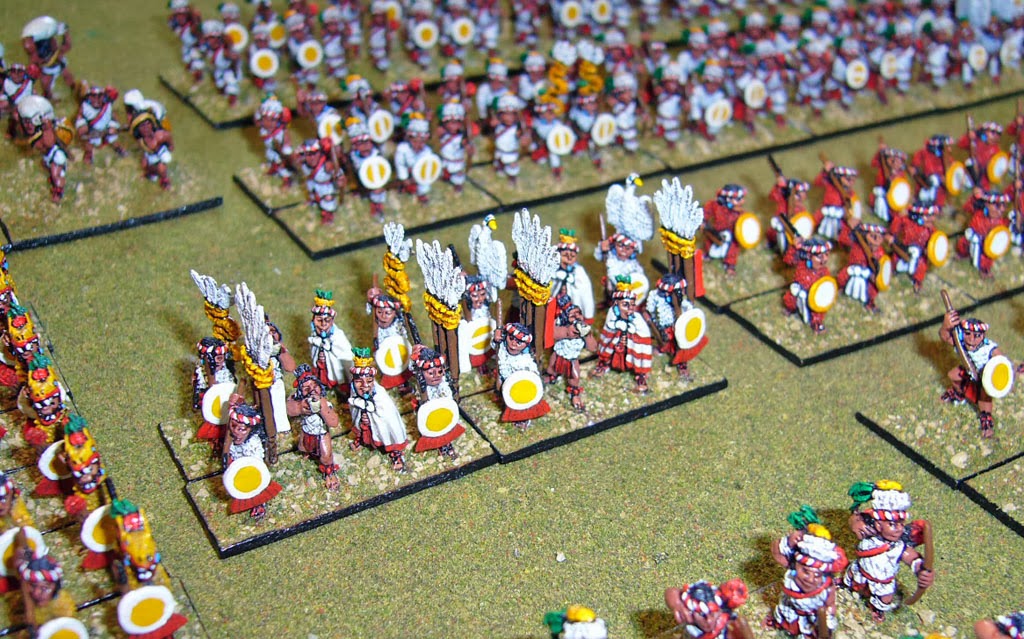 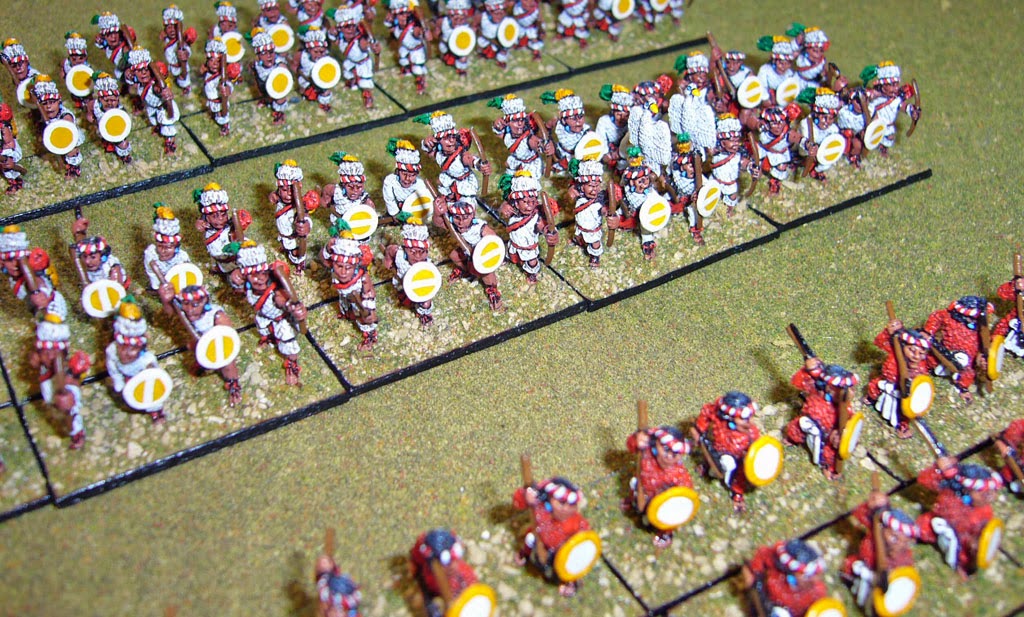 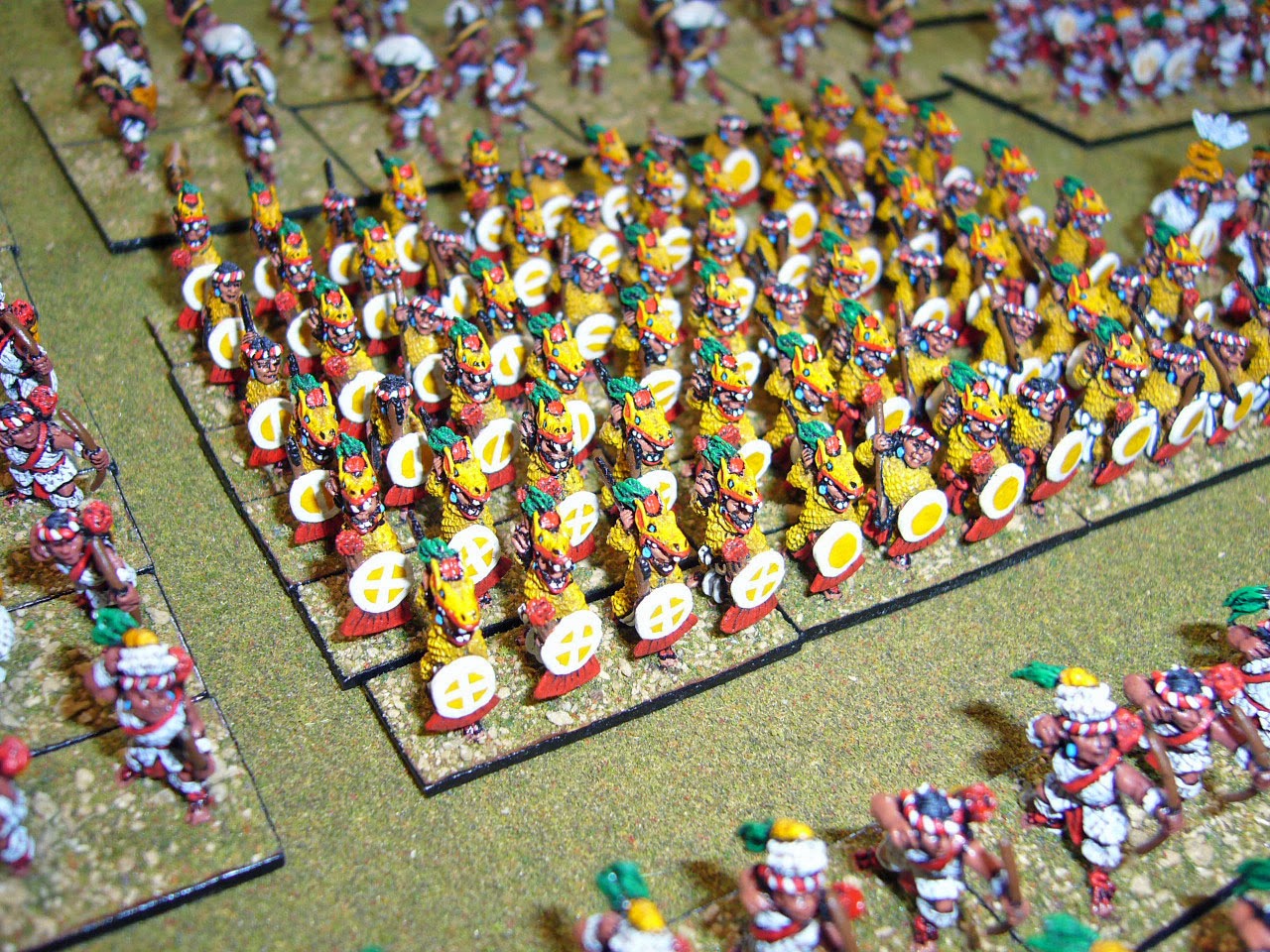 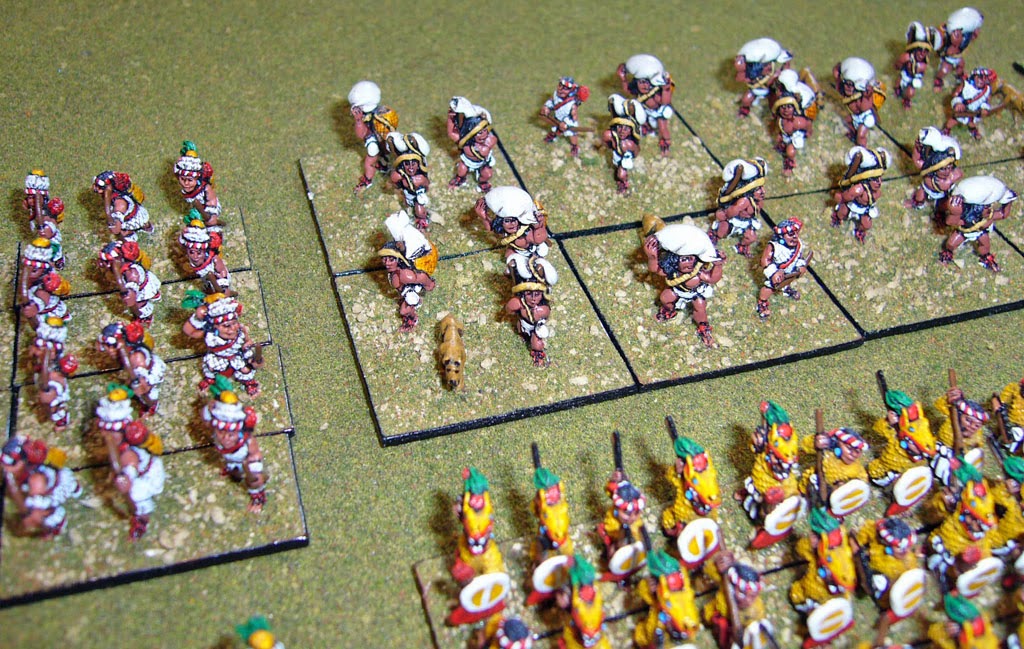 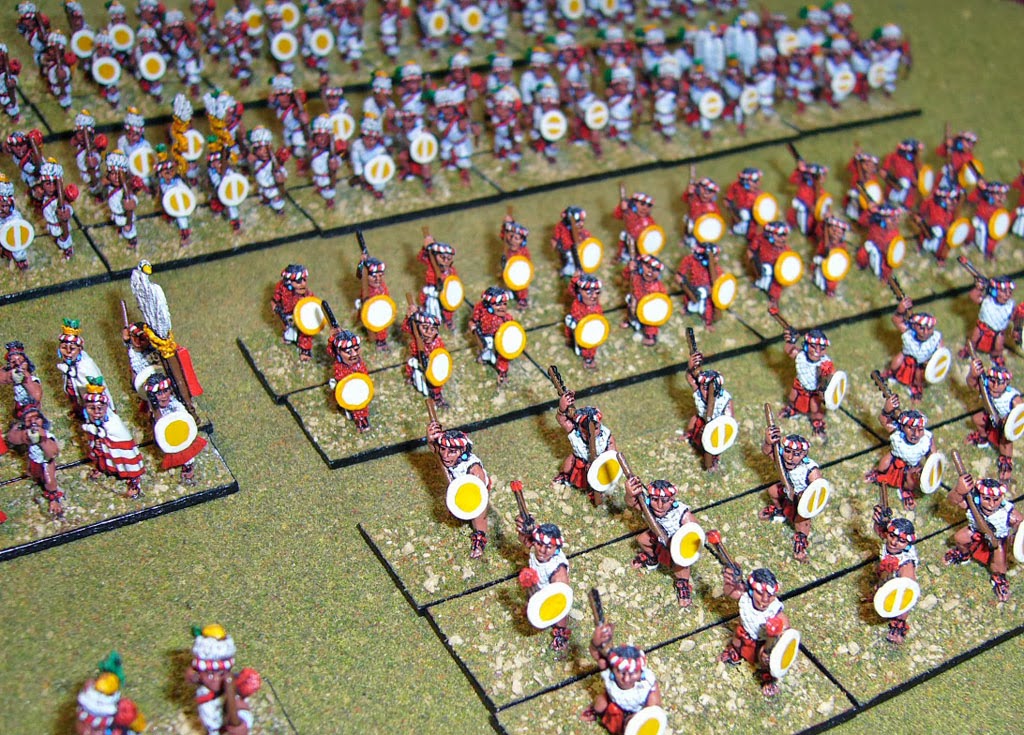 For reference material on the history of these and other colourful South American armies I recommend Osprey Military Men-At Arms series "Aztec, Mixtec and Zapotec Armies" by John Pohl. Illustrator: Angus McBride. Here's a plate from it showing some of the Tlaxcallan troops, and it contains many high quality images like this. 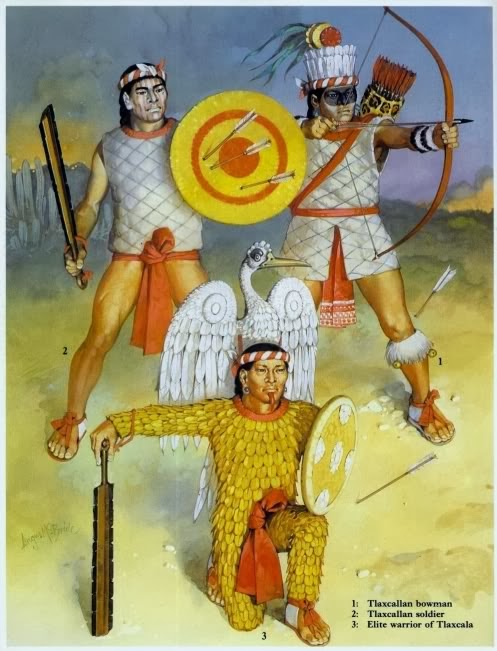 Email ThisBlogThis!Share to TwitterShare to FacebookShare to Pinterest
Labels: Tlaxcallan