My Leipzig plans continue. Marine artillery infantry formations were an important part of the French army at Leipzig. Created from previously sedentary naval artillery formations, they fought hard and suffered more losses than just about any other units of the French army. At the start of the campaign they numbered 17,338 men, and at the end just 3,661 were still fit for duty, plus 1700 who had been transferred to other units like the Guard Artillery. At Leipzig their dark blue uniforms and great coats caused the Prussians to mistake them for the Imperial Guard.

In the Order of Battle I have planned for Leipzig, these four regiments will represent the 4 Brigades of the 20th and 21st Division of Marmont's Corp, which were composed predominantly of these troops.

The figures are Victrix Middle Guard figures (with converted plumes as detailed at bottom of this post). 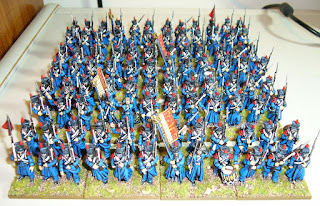 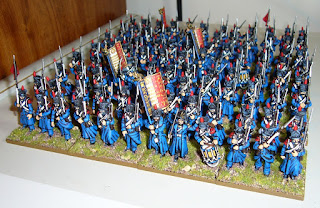 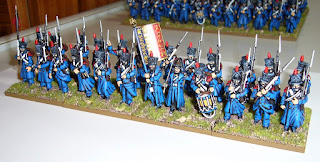 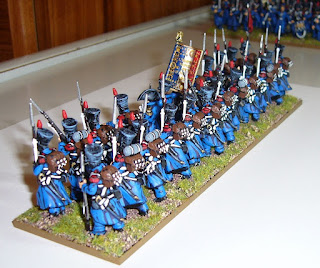 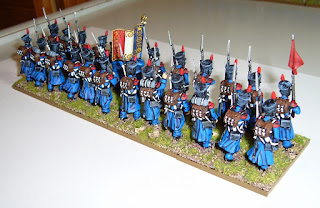 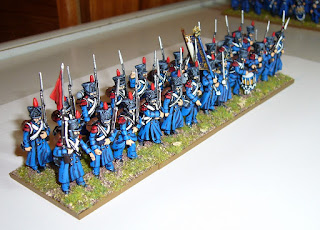 Here's a picture without the flash, to show the colour of the uniforms in more natural light. 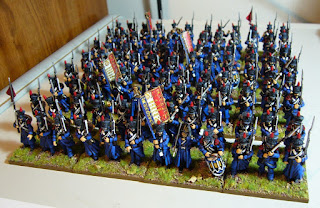 There are lots of grey areas about details of these troops uniform. Possibly they had a mix of Shakos and Bicornes but I left the Bicornes for the officers for my regiments, as I had few spare. Apparently one distinctive feature was that the Shako featured a carrot shaped plume, as shown in the pictures below. 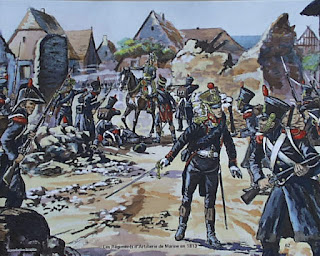 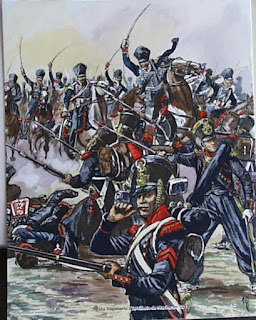 I decided to do a simple conversion to get the carrot shaped plume, so out came the craft knife and putty.  I chopped down the top tassel of the pom pom to make a spike, and then used some Tamiya Putty to make the overall piece into a rough carrot shape.  Didn't take too long! 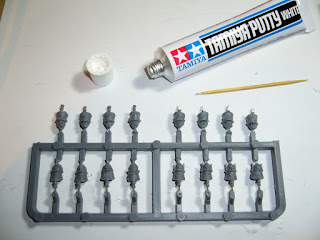 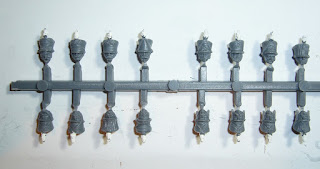 Once the putty had dried, I filed them to make them a bit neater. Here they all are ready for undercoating. 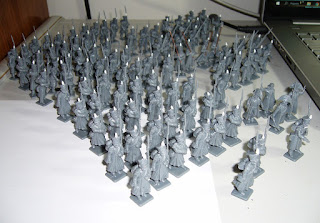 Lastly, here's a painting of them fighting against Prussians, by the artist Antoine Landais. 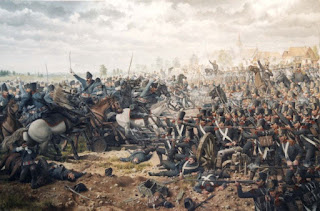