Another project for the year has been the refurbishment of my Generals and hangers on for my Austrians and French. Here's the Austrians! As numbers of units have grown so has the need for more command!

What generals I did have were all based on square and rectangular bases, but I think circular bases are more aesthetically pleasing so I decided to shift them over when I painted up new figures.

They are all based on 3mm MDF with PVA. As I discovered you can also remove figures from this fairly easy if you soak them in shallow water for a day or two - so rebasing from squares onto circles wasn't the frustrating figure wrecking challenge I feared it might be! 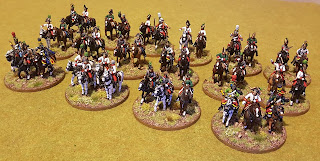 There are two plastic mounted figures in each Victrix boxset, which can be assembled in a variety of ways with different heads and arms, which helps supplement the 9 different Austrian General figures Perry make. 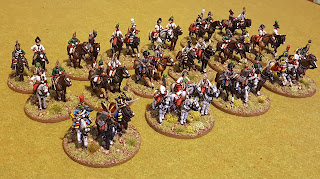 Here's Archduke Charles and staff, and another high level officer and staff. These figures are Perry except for the figure third from left on Charles' base which is Victrix. Given how many Victrix infantry are in my army, I thought a Victrix staff member should be present to advise! ;) 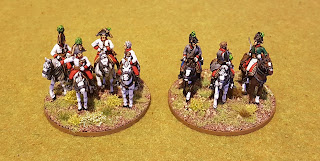 Looking at the second general I think I will repaint his hair in a more stately white grey suitable for an Austrian! 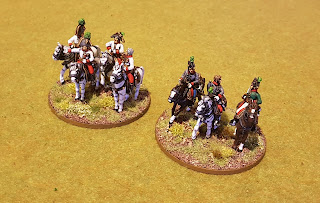 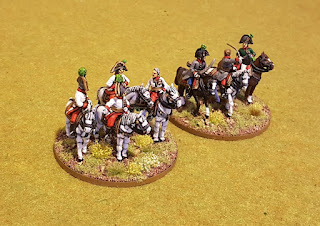 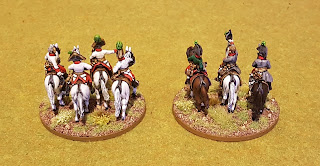 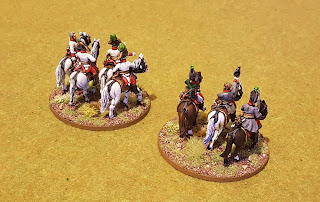 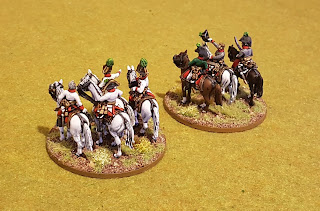 Next a couple of high level commanders with very good support from Hussar ADC's... which I had laying around after accidentally buying an extra couple of packs of them. A good excuse to add some more colourful Hussars anyway! 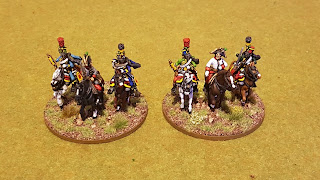 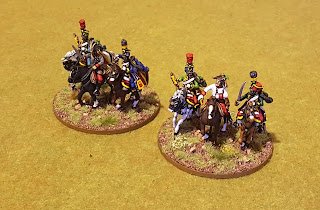 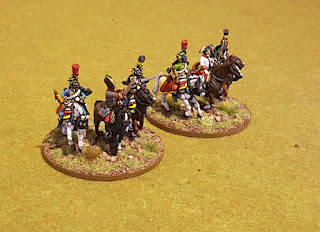 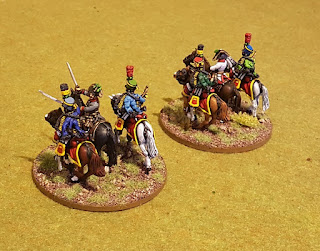 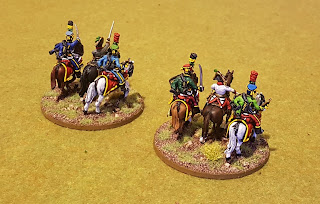 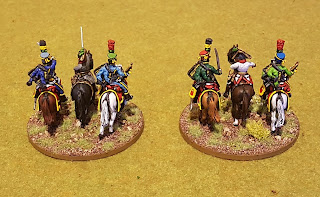 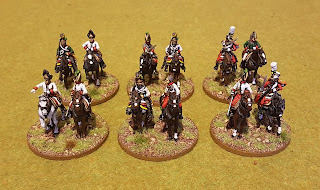 The Hussar Generals I gave white shakos, though they are supposed to have colpacks I think. I didn't feel game to try the conversion though and thought this speculative choice might have existed or is close enough at least. 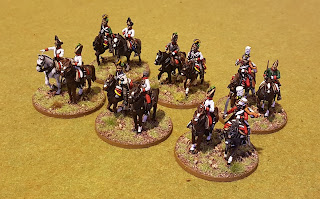 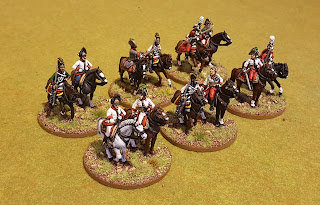 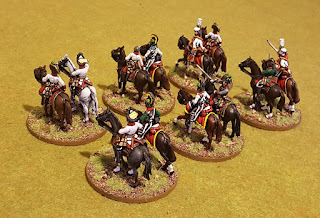 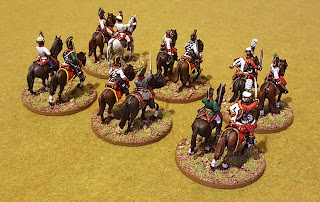 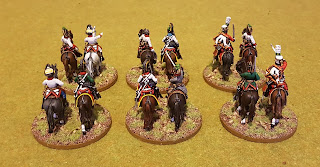 And lastly another six more 'general' General stands. Each has one Perry figure and one Victrix figure. 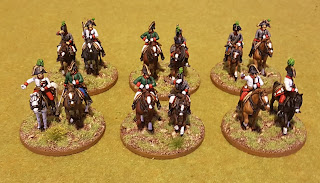 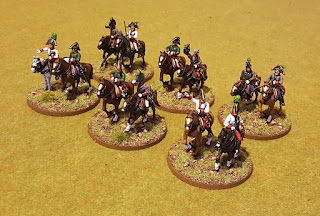 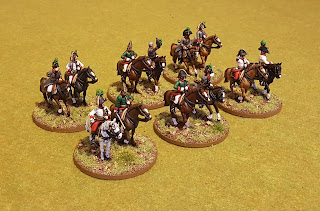 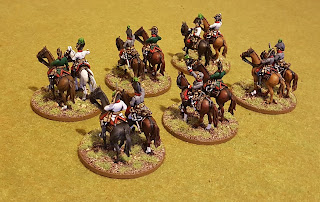 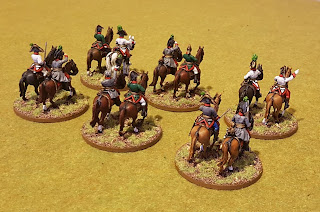 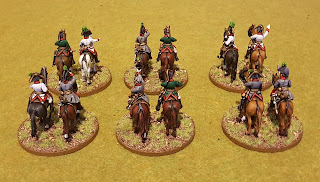 Thanks for looking, next up will be the French staff, including the man himself! :)
Posted by Chasseur at 17:35