The Baden contingent had one light battalion - Jager Battalion Lingg. In 1809 they wore dark green uniforms with lighter green epaulettes, black facings, and green comb and plume. Slight variations to this uniform seem to have occurred over the years though, e.g. later they had red epaulettes.  The green comb on the helmet  is a unique feature of these Jager as far as I'm aware. 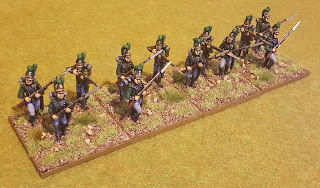 Napoleonic Jager (and some other light infantry) are unusual because they are often wearing dark green uniforms, that are as close to camouflage as you get in this period! As such they are not as colourful and pretty looking on the tabletop as many other Napoleonic troops, but you can see the detail better in close up photos. 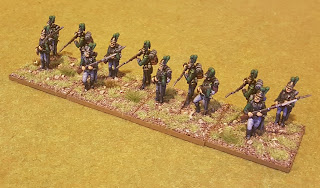 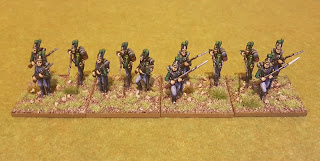 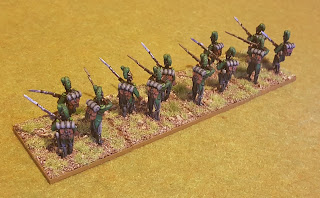 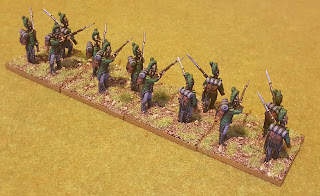 I've also just ordered further Badeners from Murawski, in order to be able to represent the full Baden contingent. Murawski are also having a 20% off sale which ends in a couple of days, so get in quick if you are after some Baden or Polish Napoleonics!
Posted by Chasseur at 19:12