Austrian mass formations - done! That's enough white uniforms for a little while! I also managed to get them all out of the way in 2014 rather than having it drag on into 2015, which was a pleasing accomplishment. Gained me 3rd place in the Analogue Hobbies Painting challenge for a day, now down to 4th! It's a painting storm near the top!

I've replaced all the flags on my first four Austrian infantry regiments with more appropriately sized ones, also used on these new regiments, which I think is an improvement. This replacement process turned out to be fortuitously easy as they were just glued on with white wood glue and removal wasn't too difficult.

The four new regiments are all 36 strong. 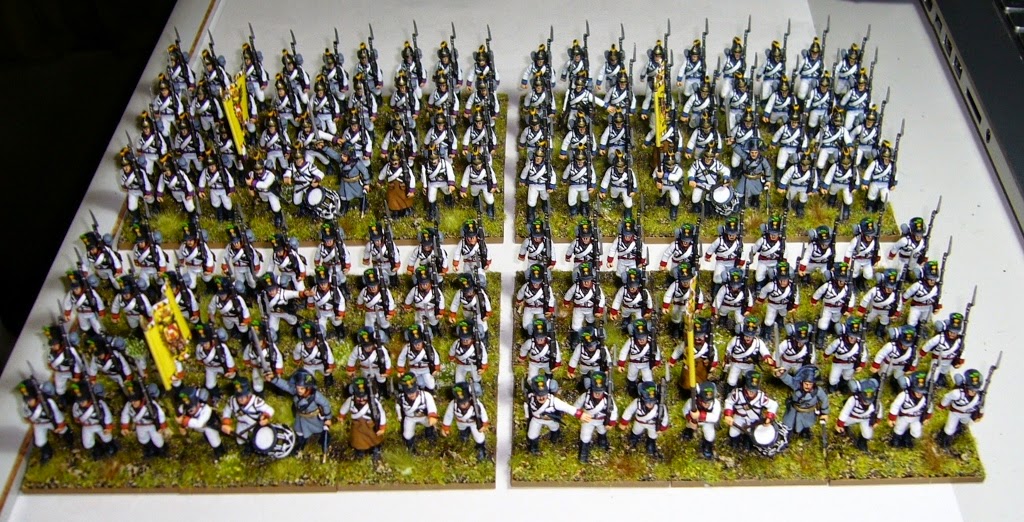 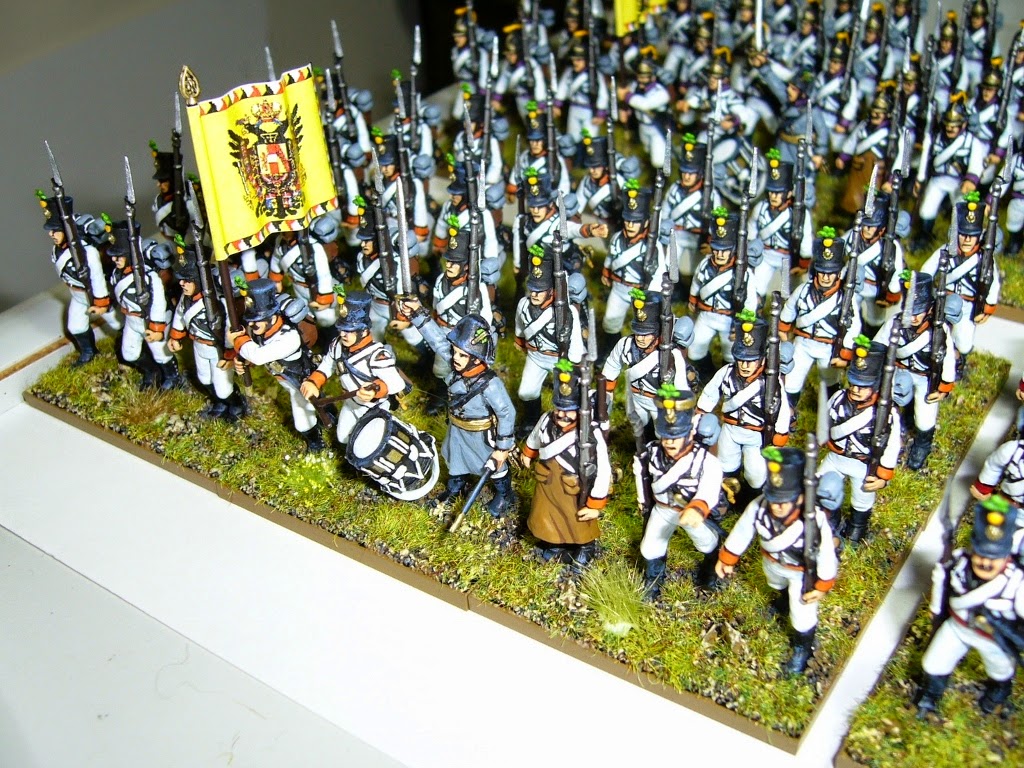 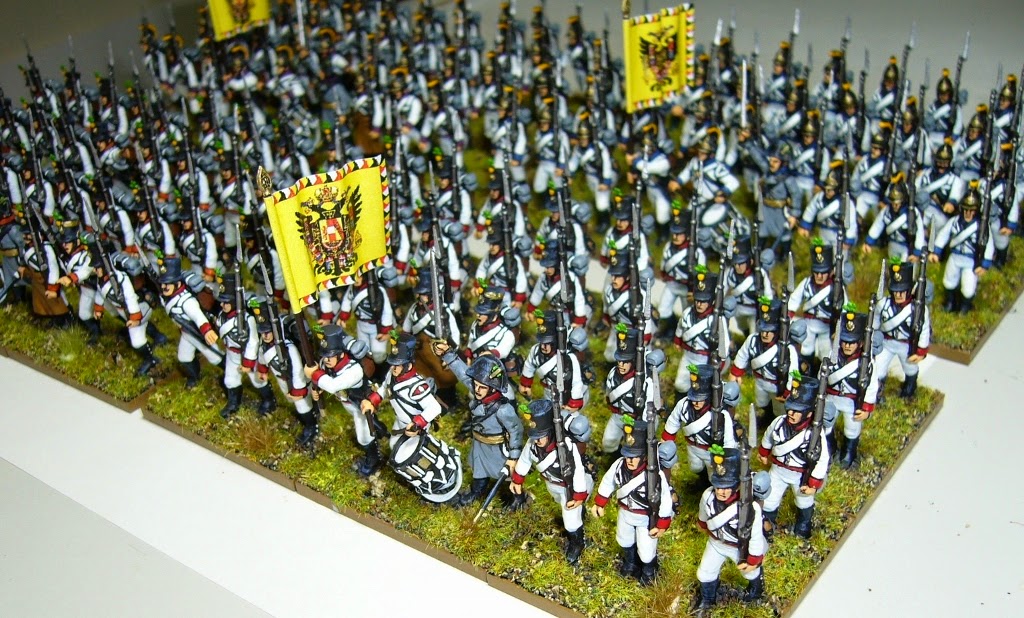 Second two regiments with the classic Austrian crested helmet. This was phased out gradually around 1809. I favour some 1813 era campaigning in addition to the 1809 period, so these might look a little anachronistic there, but I couldn't resist including a couple of regiments in this distinctive Austrian style. 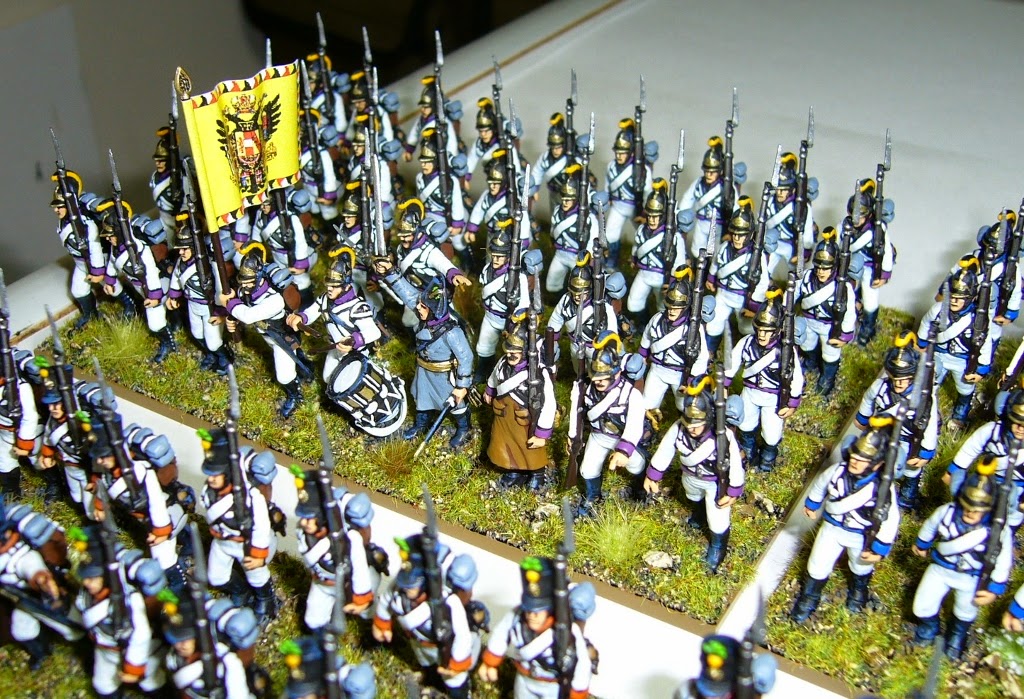 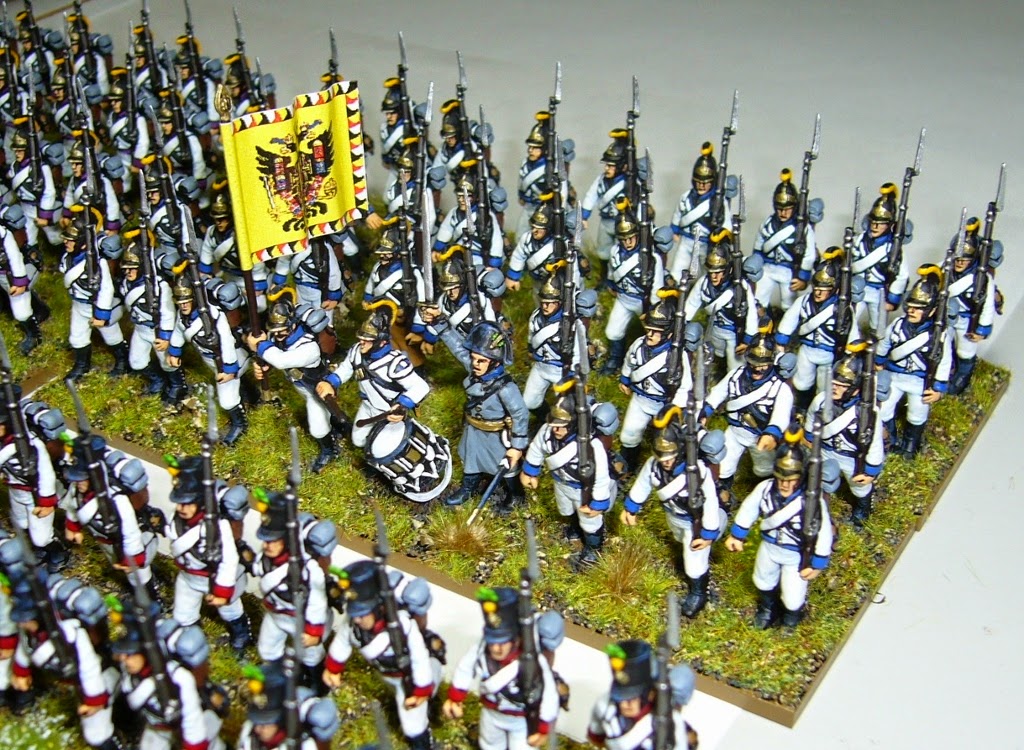 Some views of a unit with shakos. 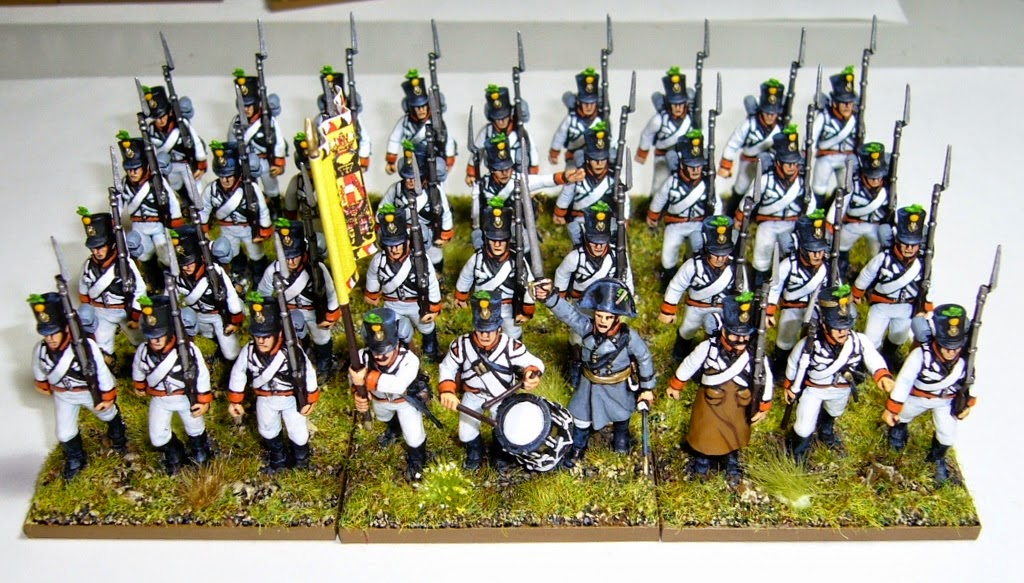 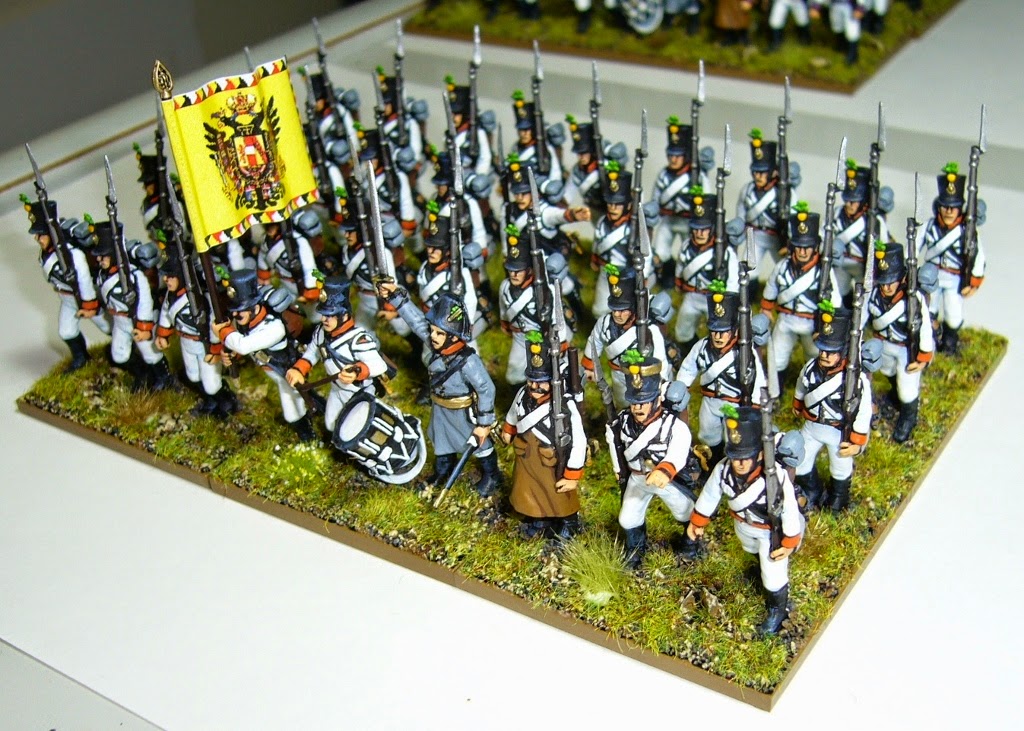 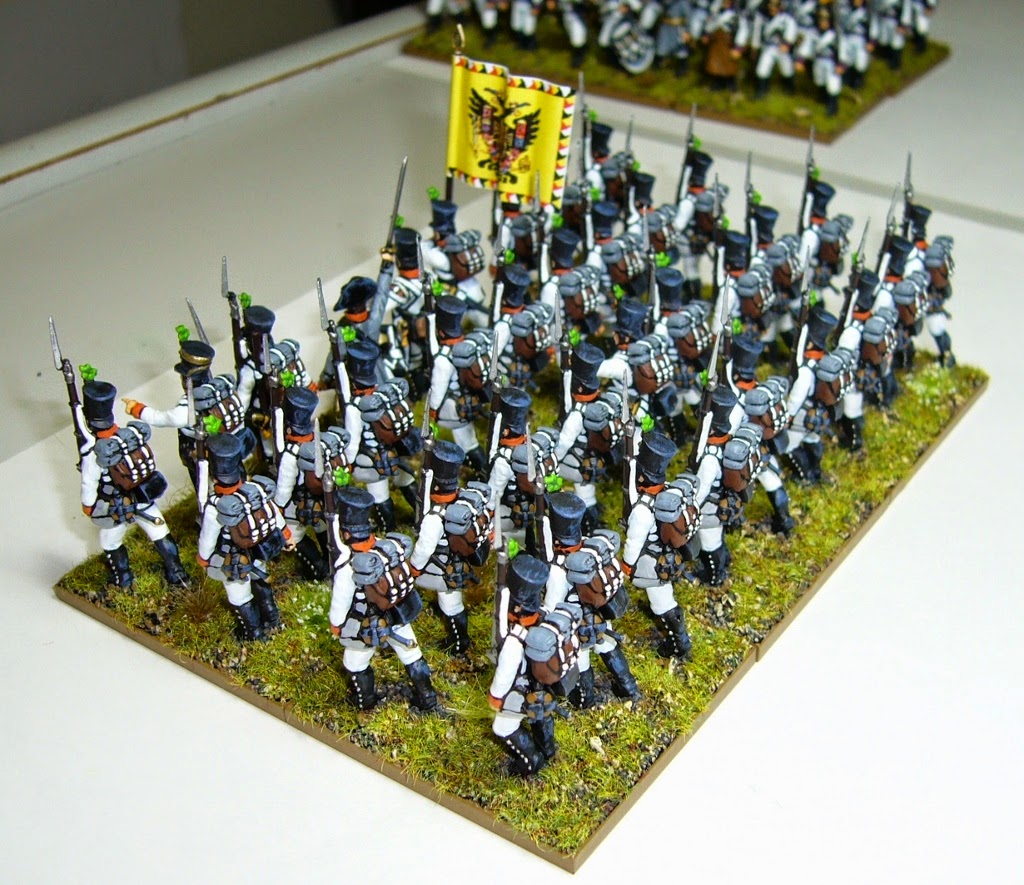 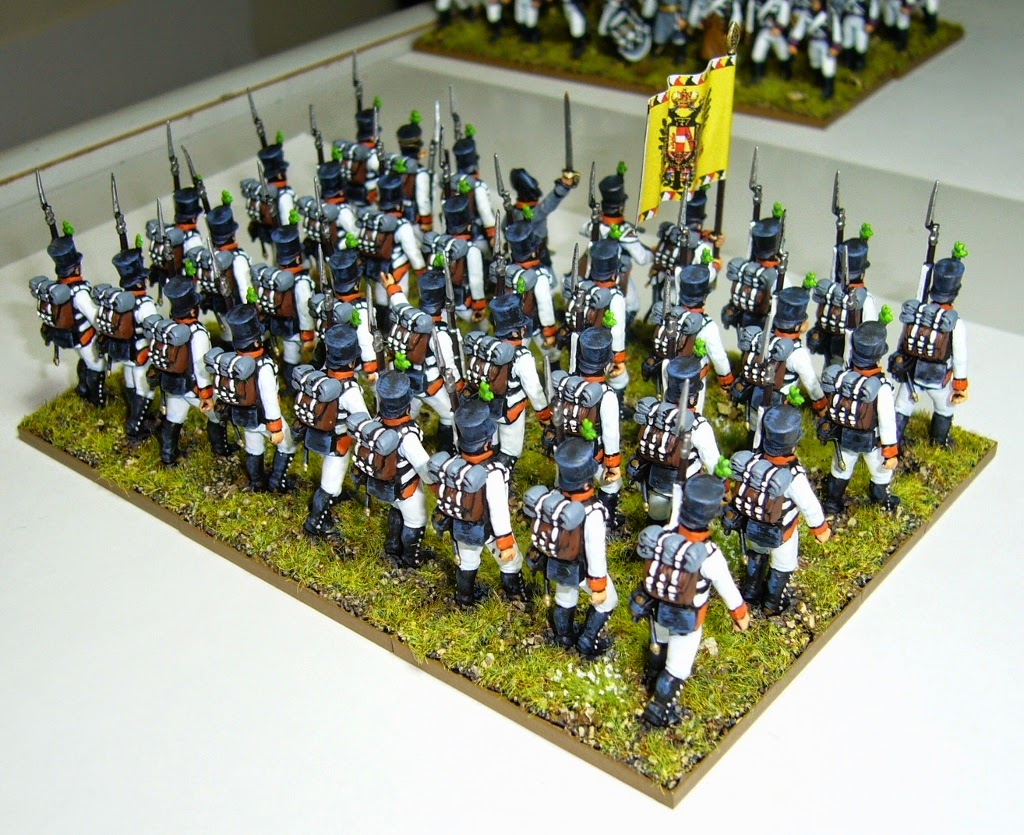 Views of a regiment with the crested helmet. 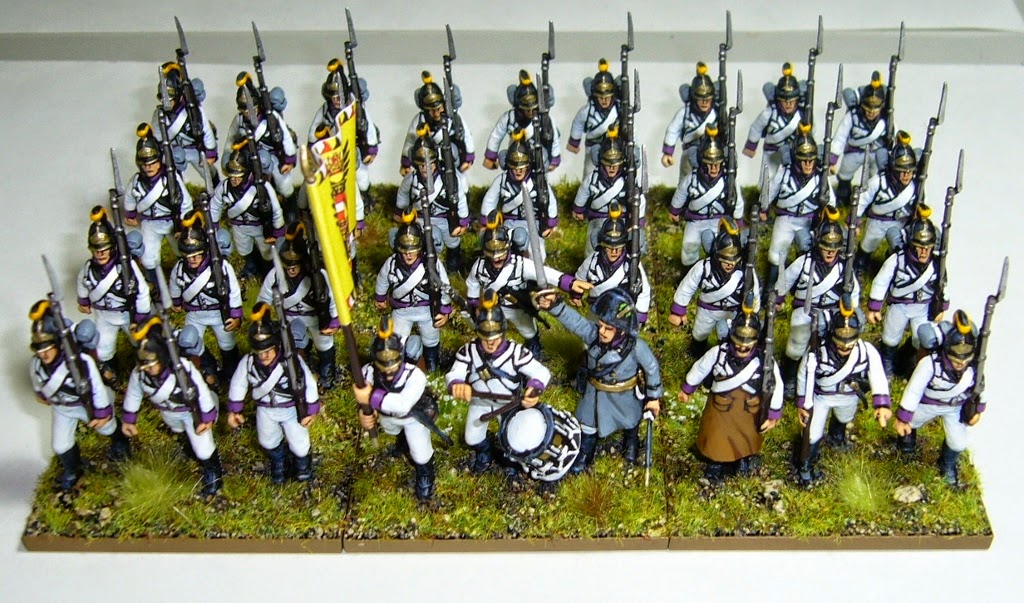 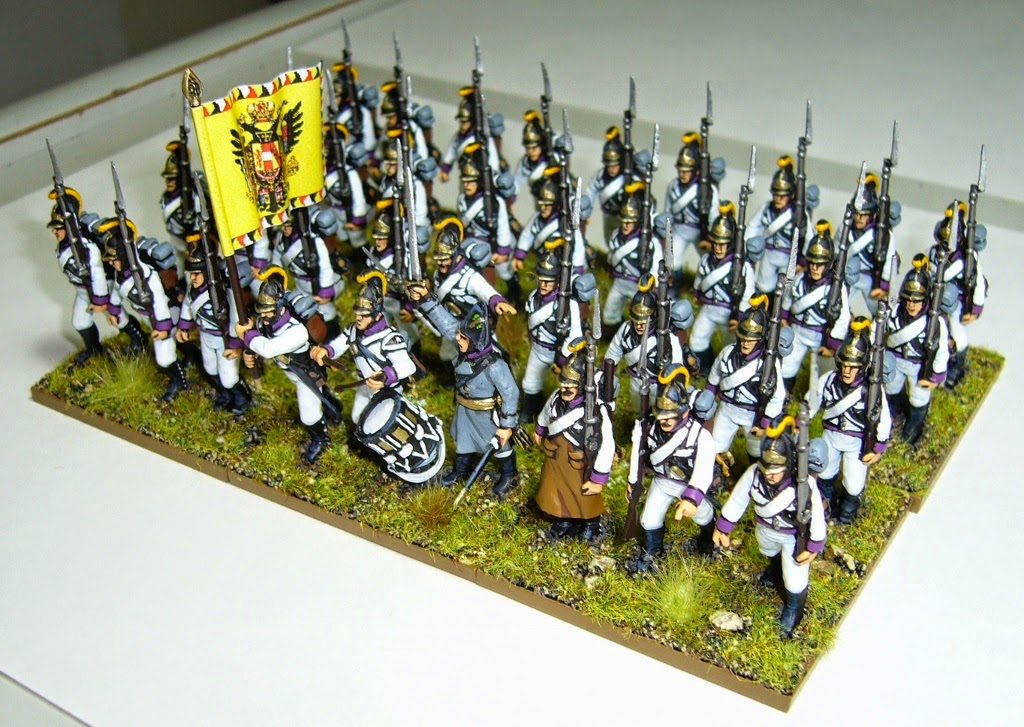 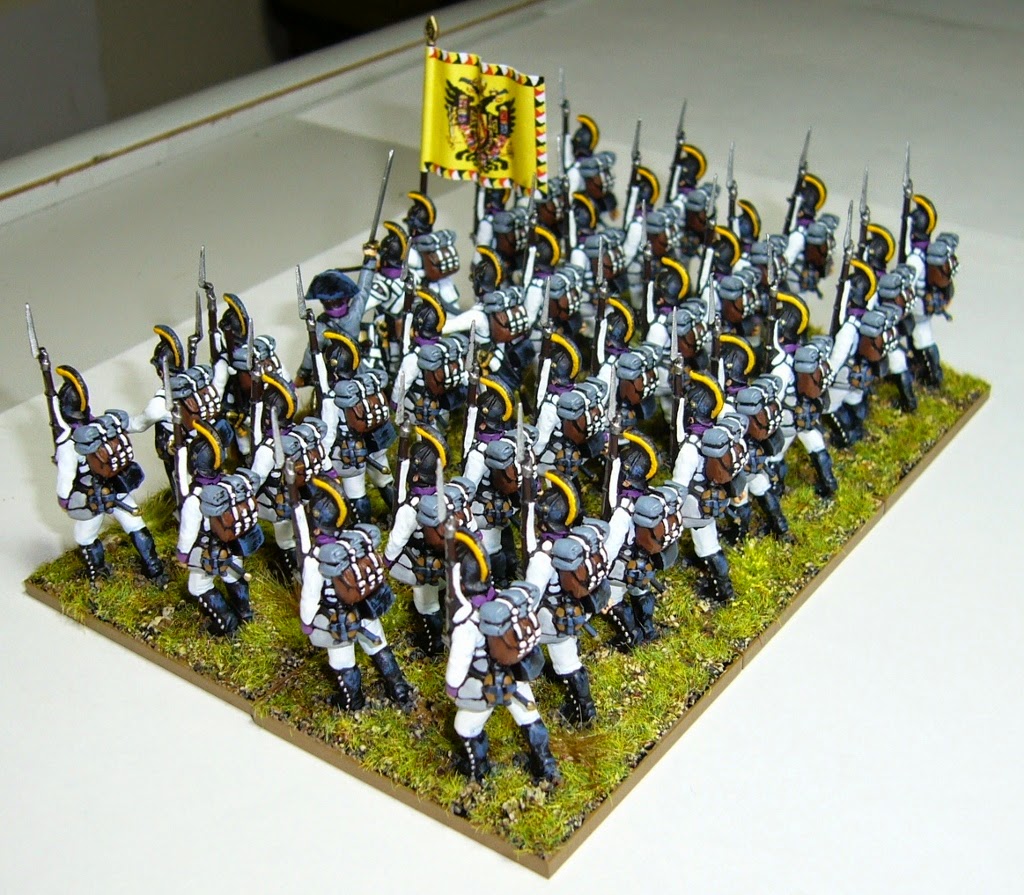 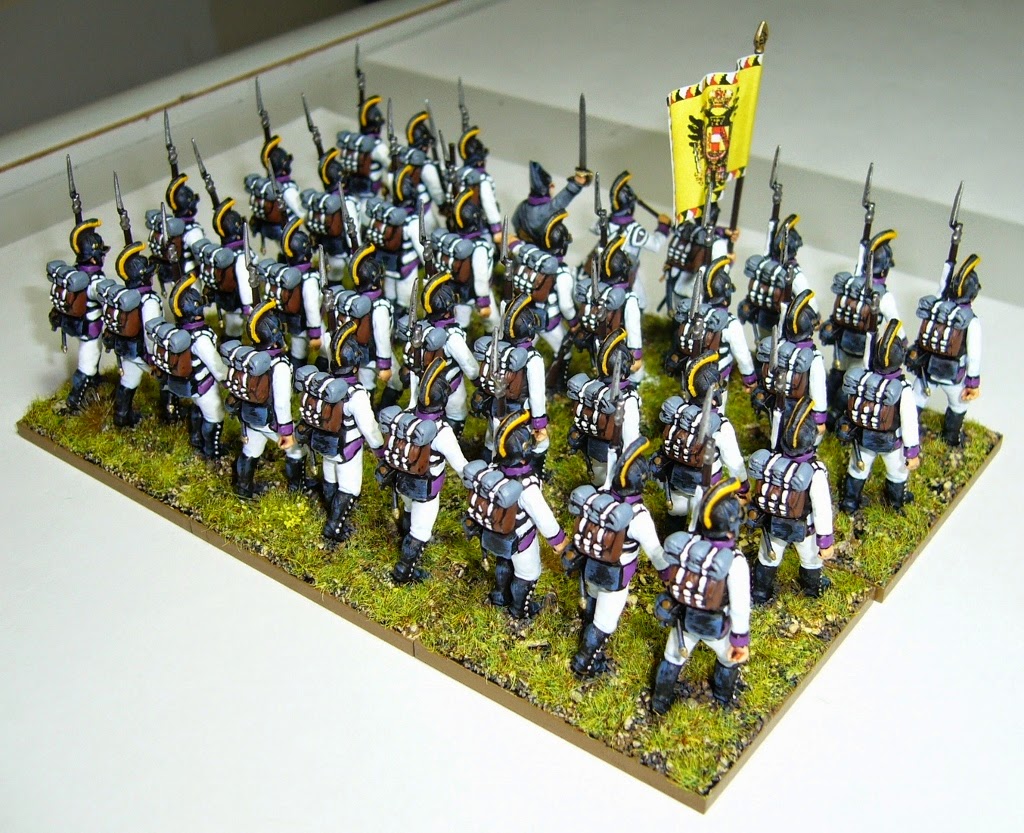 So that's some infantry, cavalry and command done, and I've made a good start on the artillery. Pictures of that along soon hopefully...
And happy new year everyone!
Posted by Chasseur at 12:27