Next up is some Austrian Grenadiers from Victrix. I decided to give Victrix a try, as Perry didn't make German Grenadiers when I bought these, and in any case Victrix would work out much cheaper! As it turned out I'm quite happy with these figures, and they compare favourably with Perry. 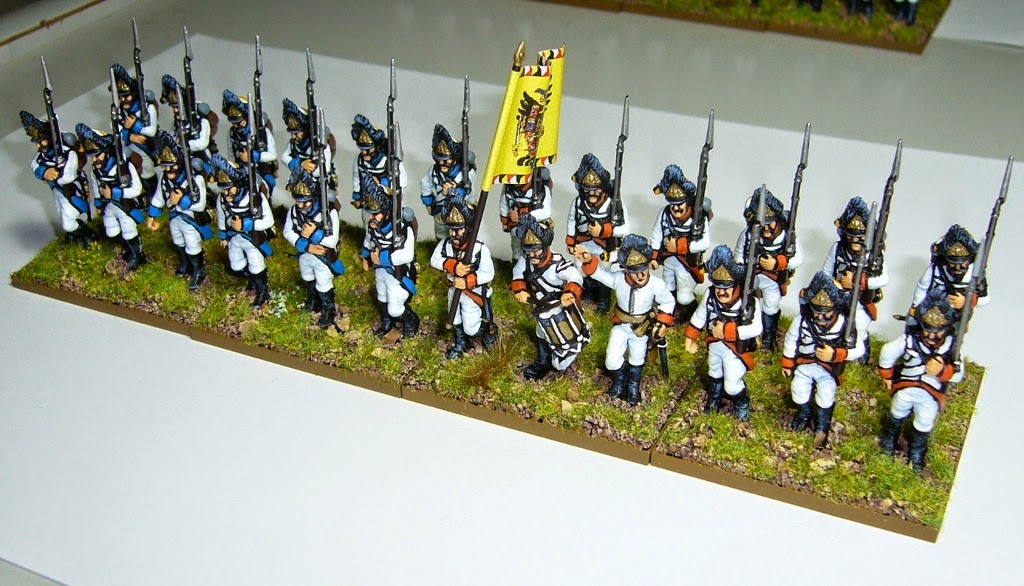 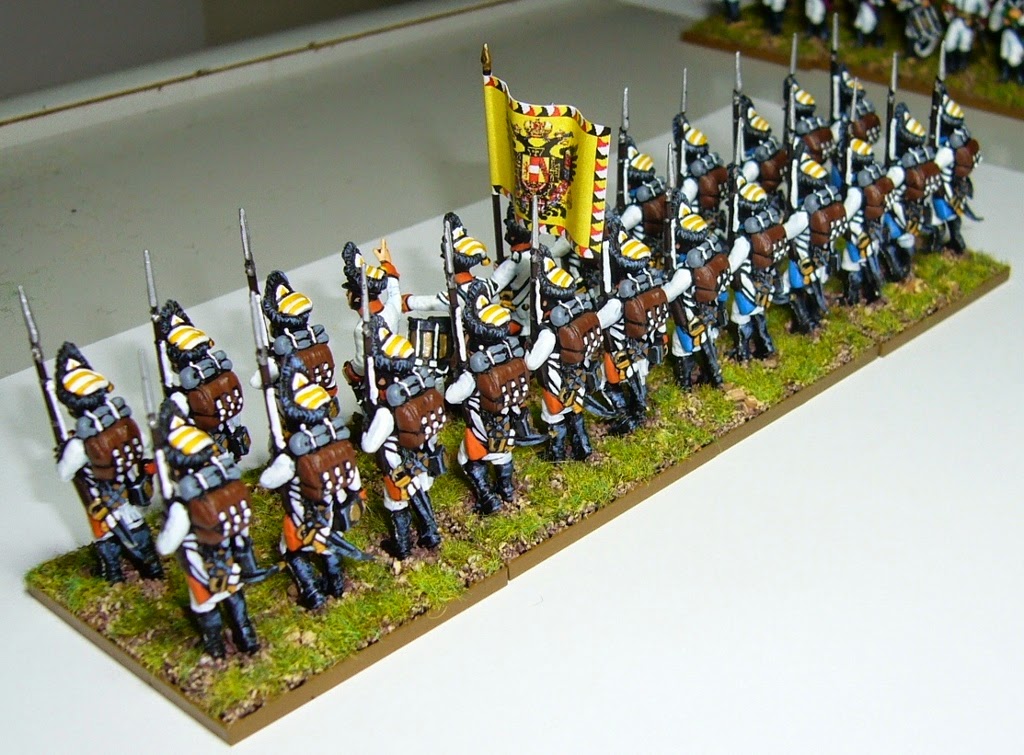 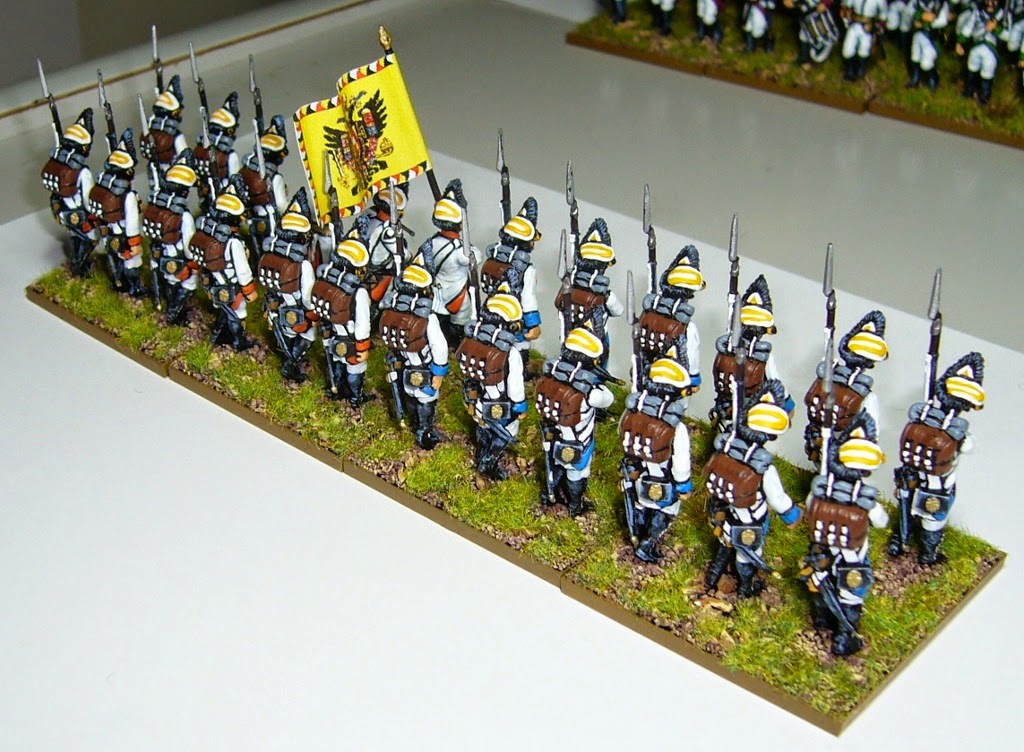 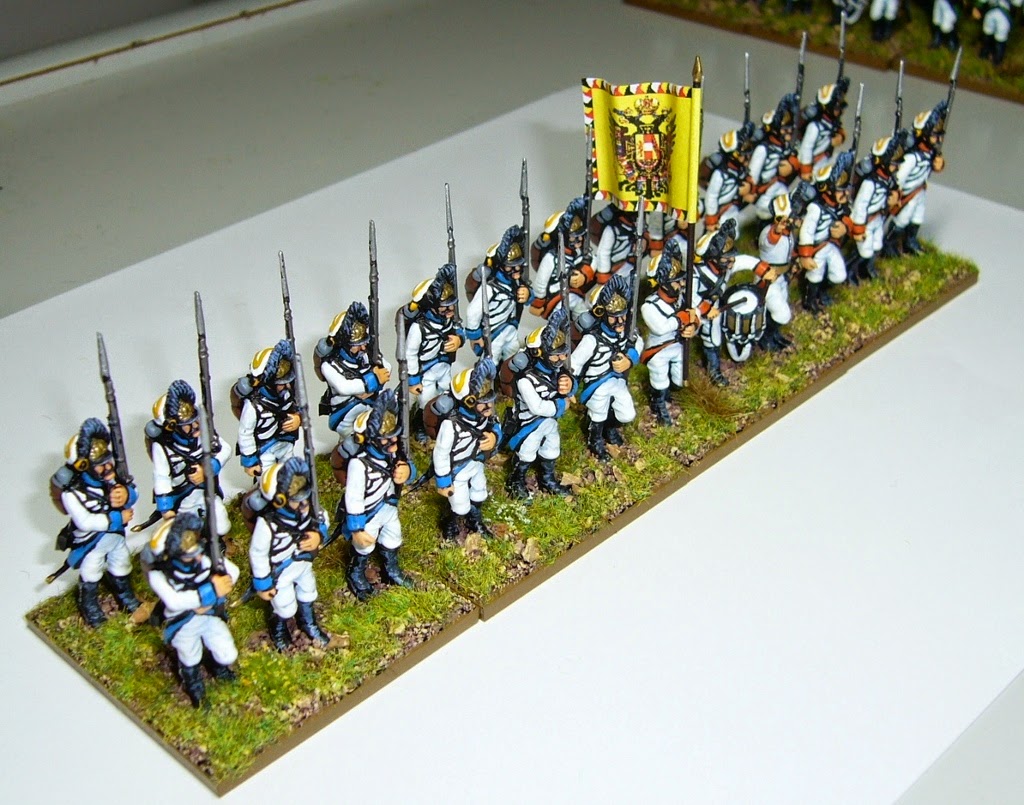 Four regiments completed! I did eight facing colours, as Grenadier units were made up of converged Grenadier companies from separate battalions, with typically three combined in each Grenadier battalion. 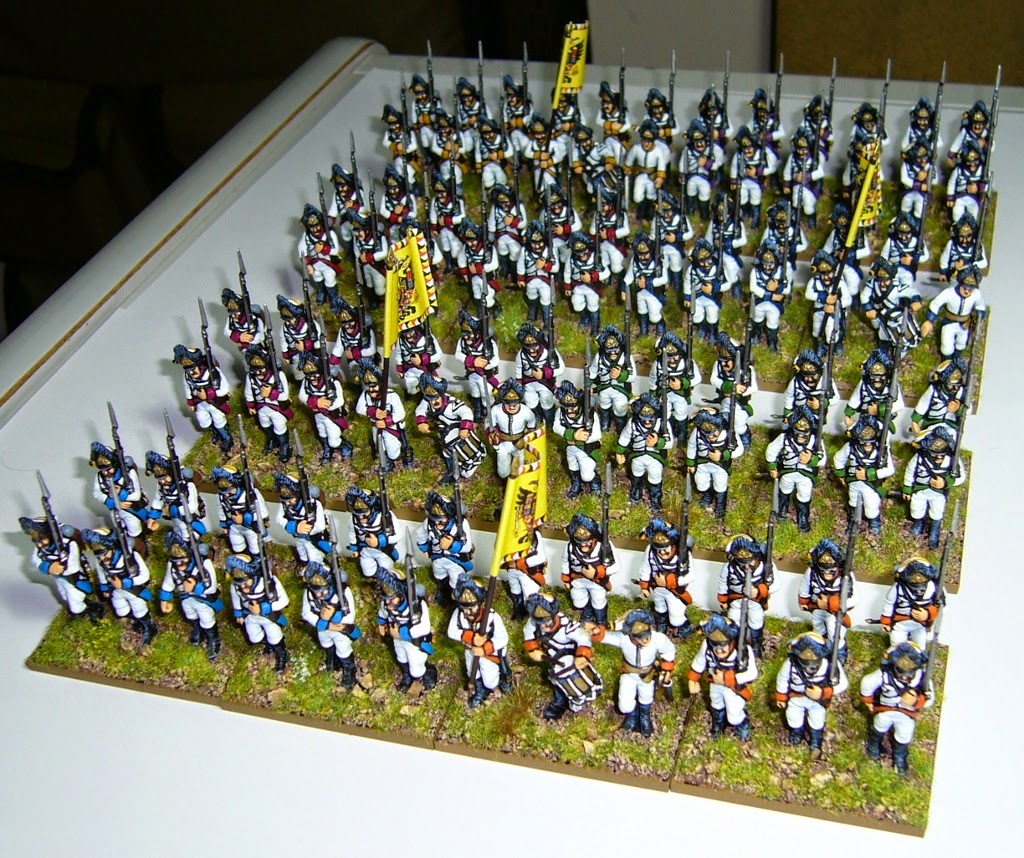 With Victrix Austrians you get 56 figures per box (including two mounted figures) for 23 pounds, while Perry are 20 pounds for 48 figures. You get up to 20% on Victrix buying them in bulk (multiple boxes), and up to about 12.5% discount buying Perry in bulk (in their army deals). The Victrix have more options for assembly - Two thirds of the figures come in march attack pose for ease of assembly, but 1/3 of the figures can be assembled in different poses if you like (firing, advancing etc, with lots of options provided). I just made everything in march attack here, excepting that it was nice to have a few more options in poses for the officers than the Perry figures offer. The figures are in the earlier long coats while the Perry's have the later period shorter coats, but I'm prepared to live with that! I still have four mounted figures and 12 spare infantry left over from two boxes of Victrix infantry after assembling these four regiments.
Posted by Chasseur at 19:45