Three regiments of Napoleonic Austrian Hussars. Perry Figures once again and all metal this time. Taking the wise advice of blogger Gonsolvo I decided to go with blue, red, and green hatted regiments. See his great blog for details of Hussar and other uniforms. I also climbed into second place in the Analogue Paint Challenge somehow, despite the painfully slow process of painting detailed hussar uniforms!

As if the painting wasn't difficult enough, the metal pelisse's on these figures also have to be glued on which seemed liked something of a nightmare to contemplate. In the end it was easy enough using five minute epoxy glue and judicious use of blu-tack. The contemplation was worse than the actual task as is often the case.

Regiment 4: Hessen-Homburg (blue hats). Everyone paints Hessen-Homburg, but there is a good reason for that - they have one of the most awesomely colourful uniforms ever! Parrot green dolman and pelisse, poppy red trousers, and blue shako. I've read that the actual Parrot green is the subject of some debate, and was perhaps a more yellowish tone than that depicted here. However I decided to just go with the green I had bought before I read this, and I'm happy with it so that's what counts! 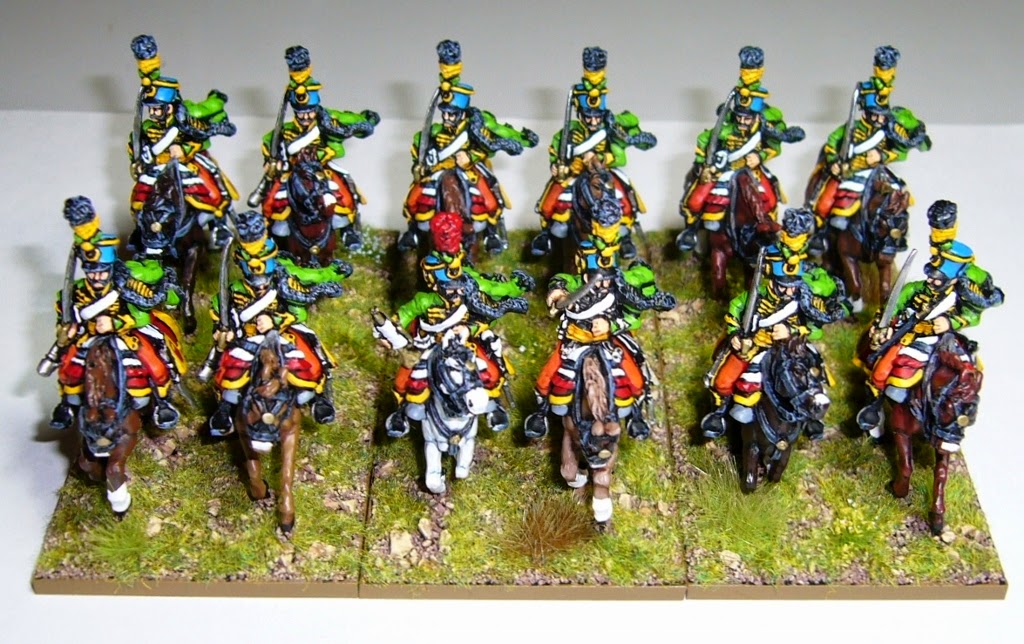 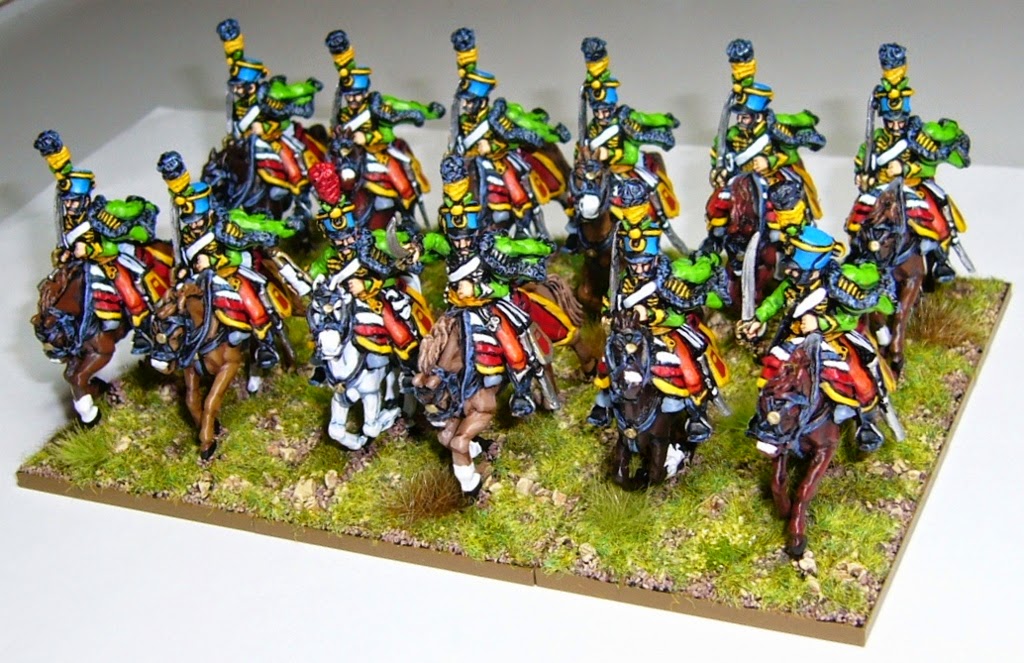 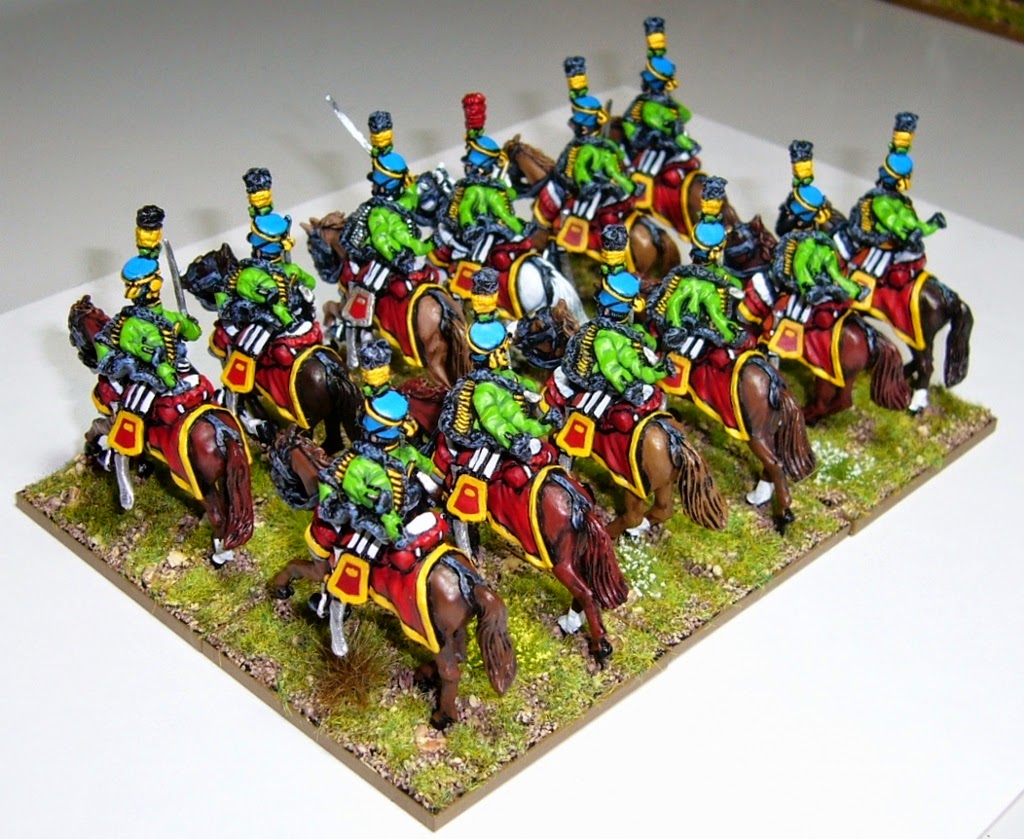 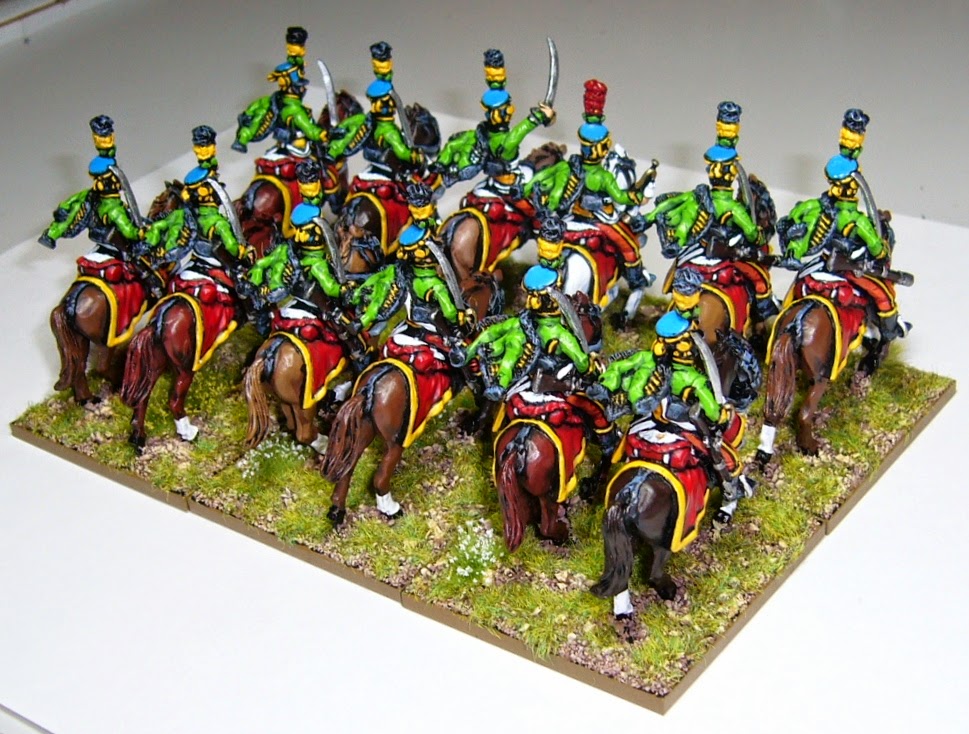 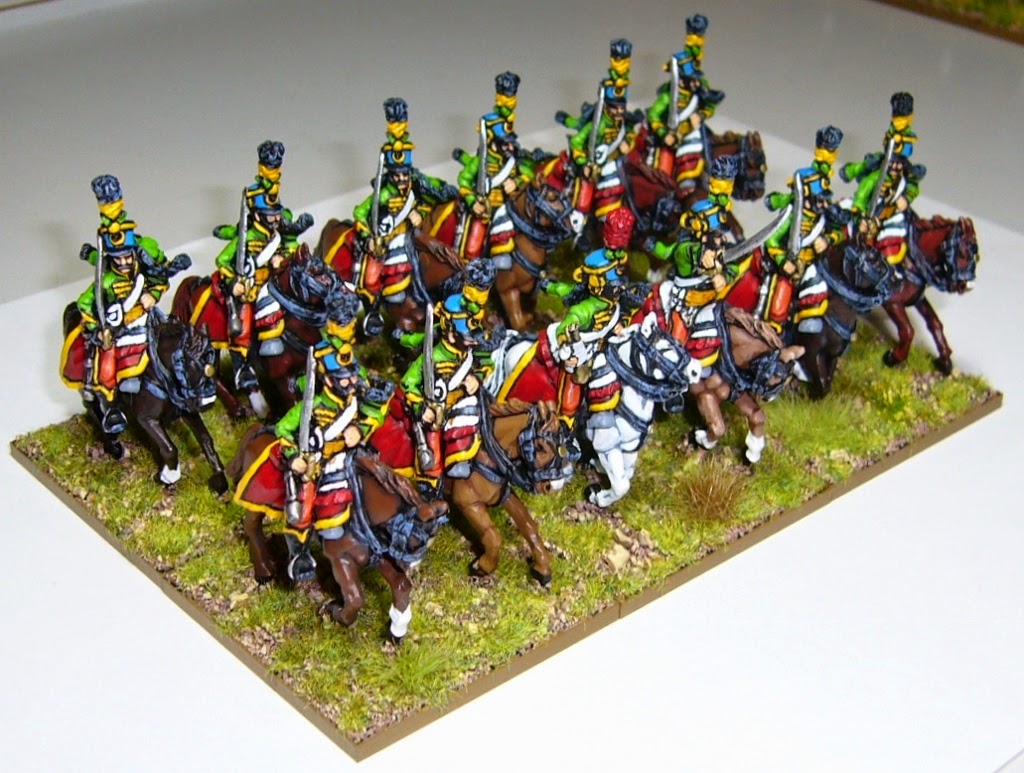 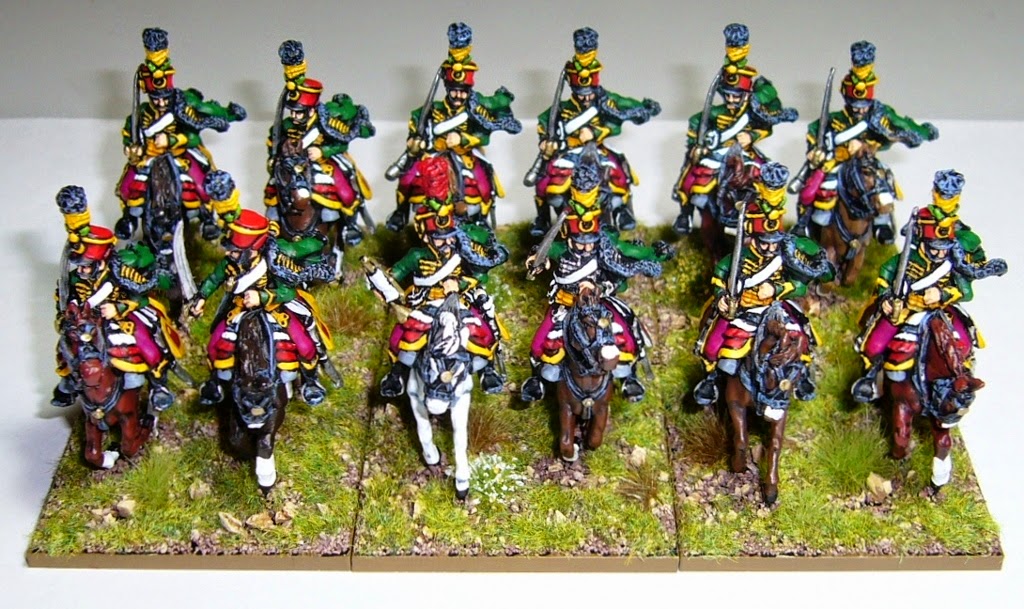 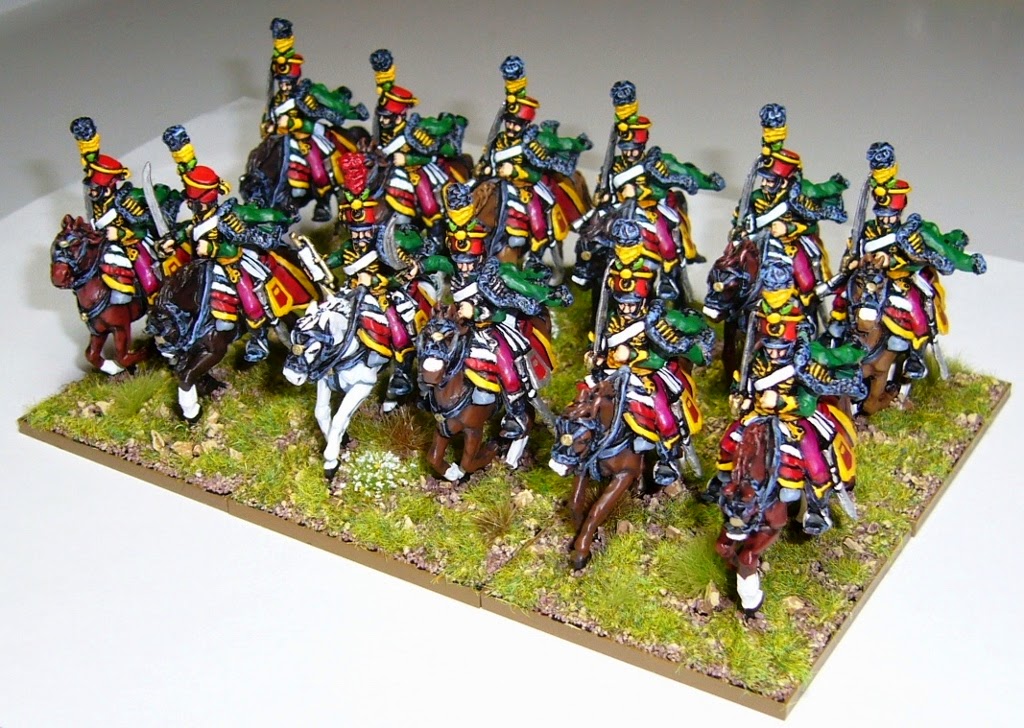 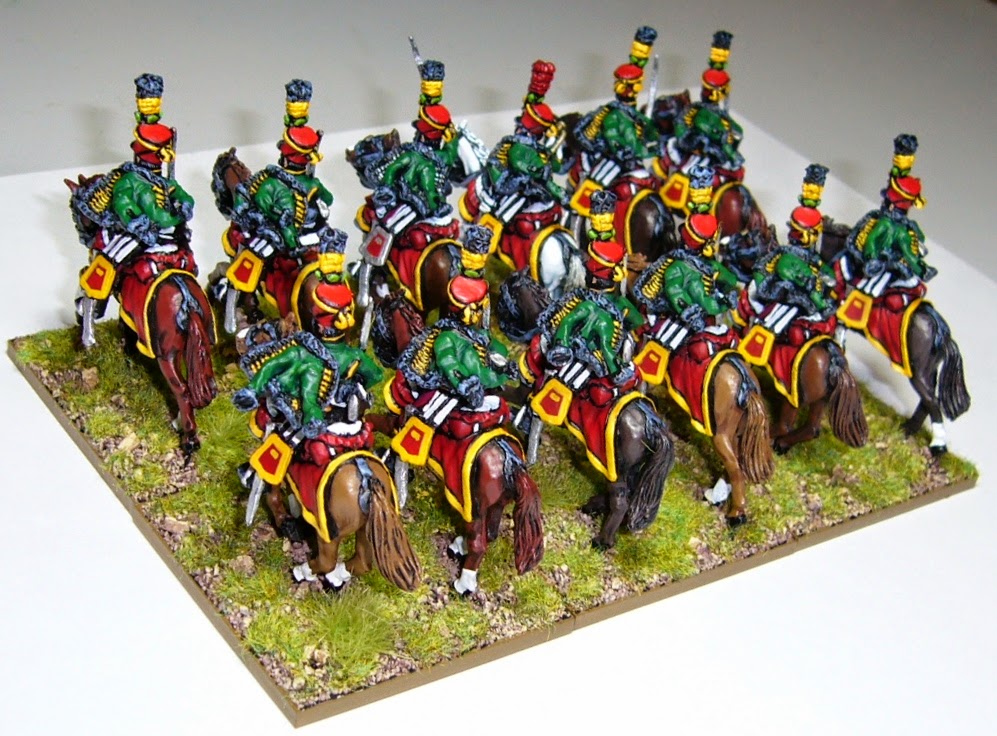 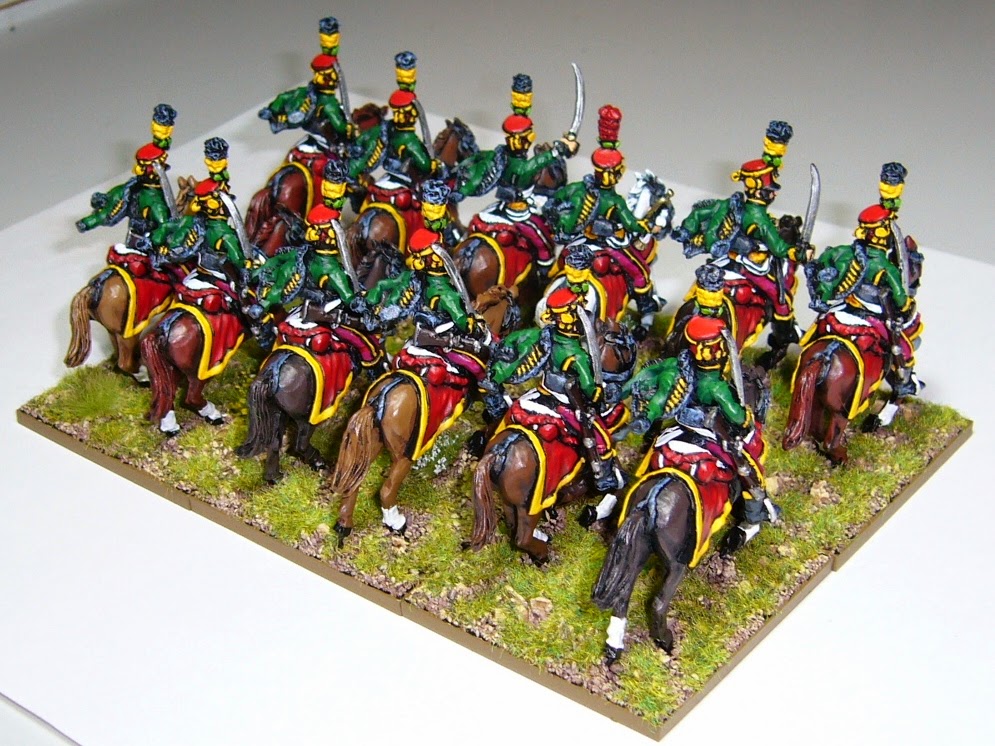 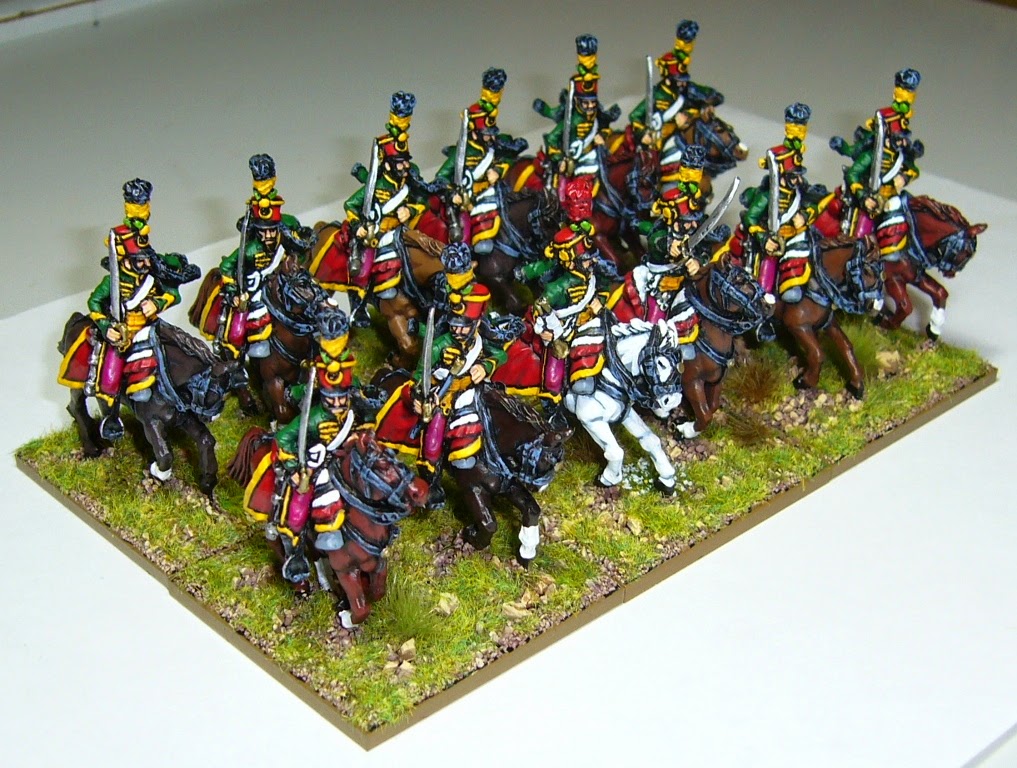 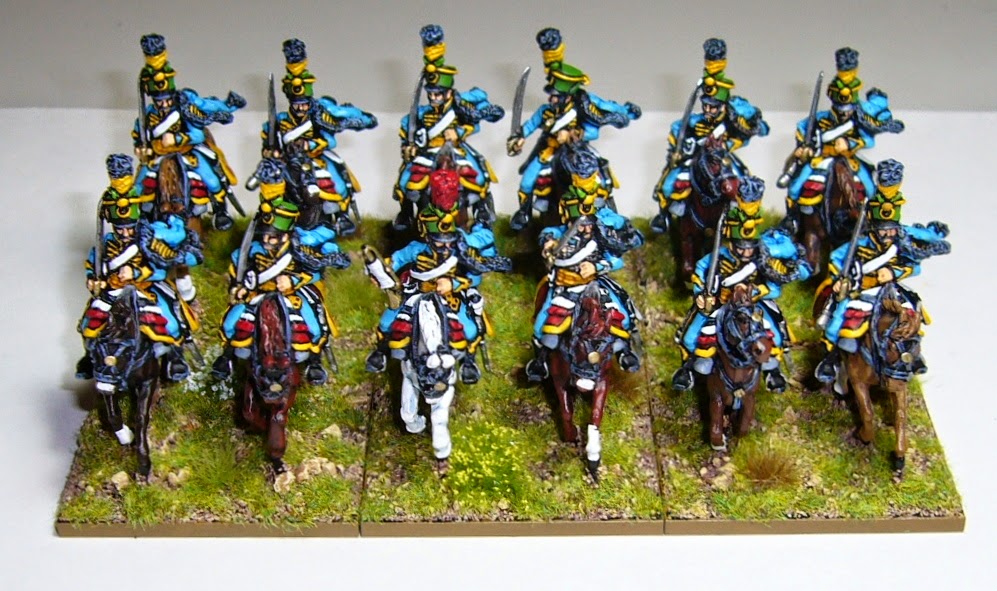 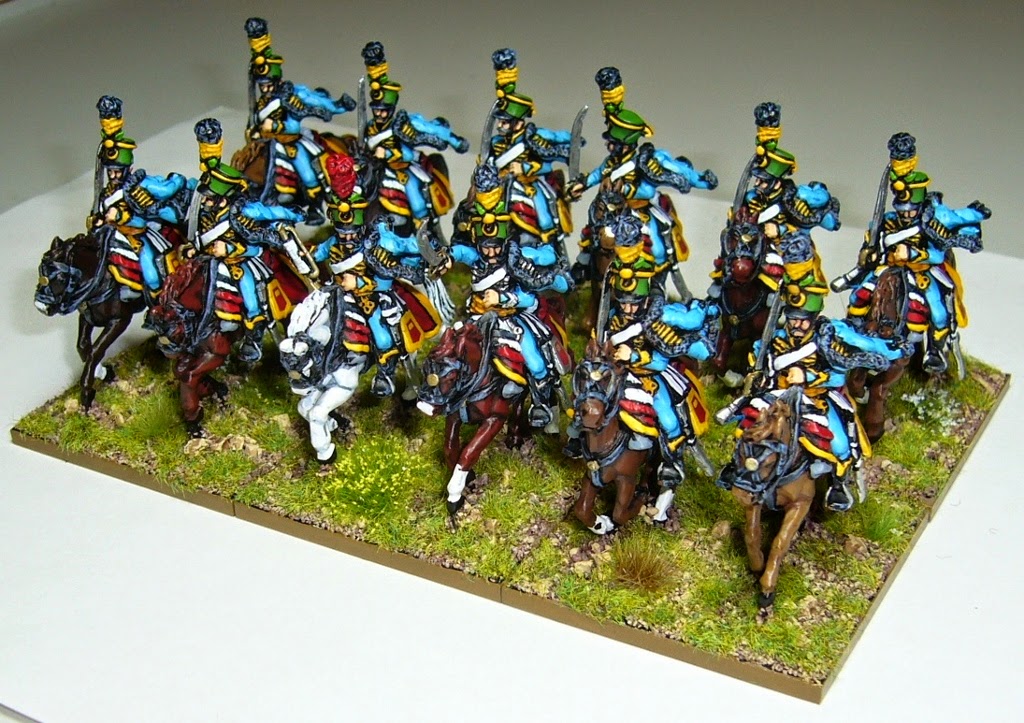 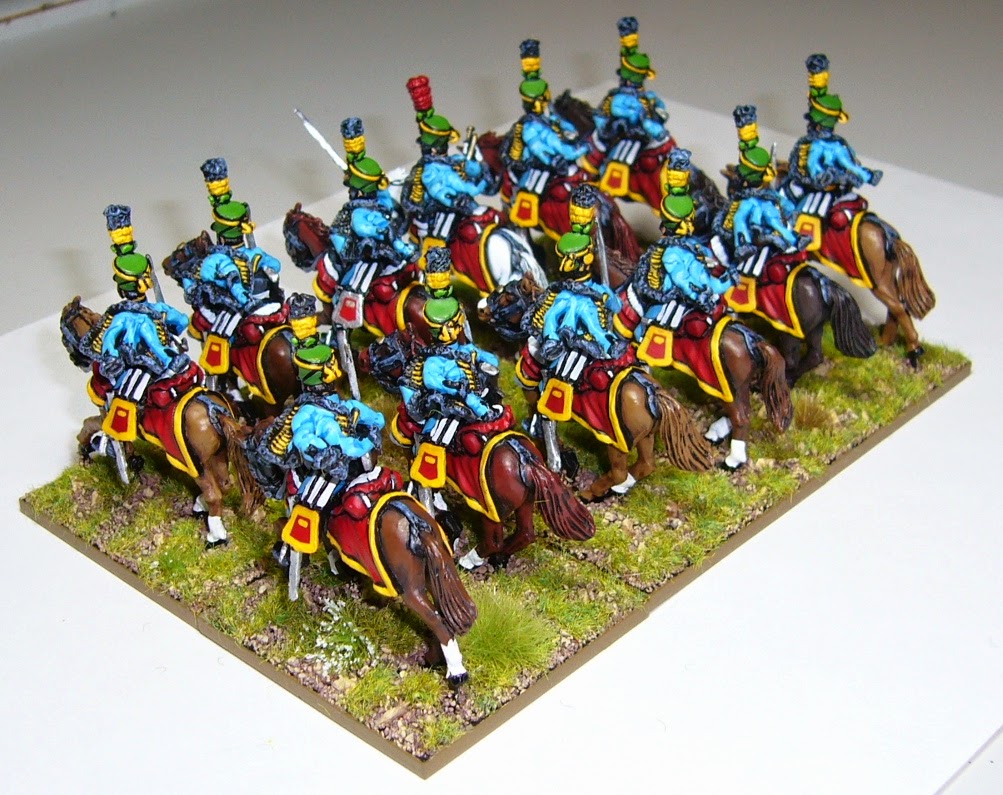 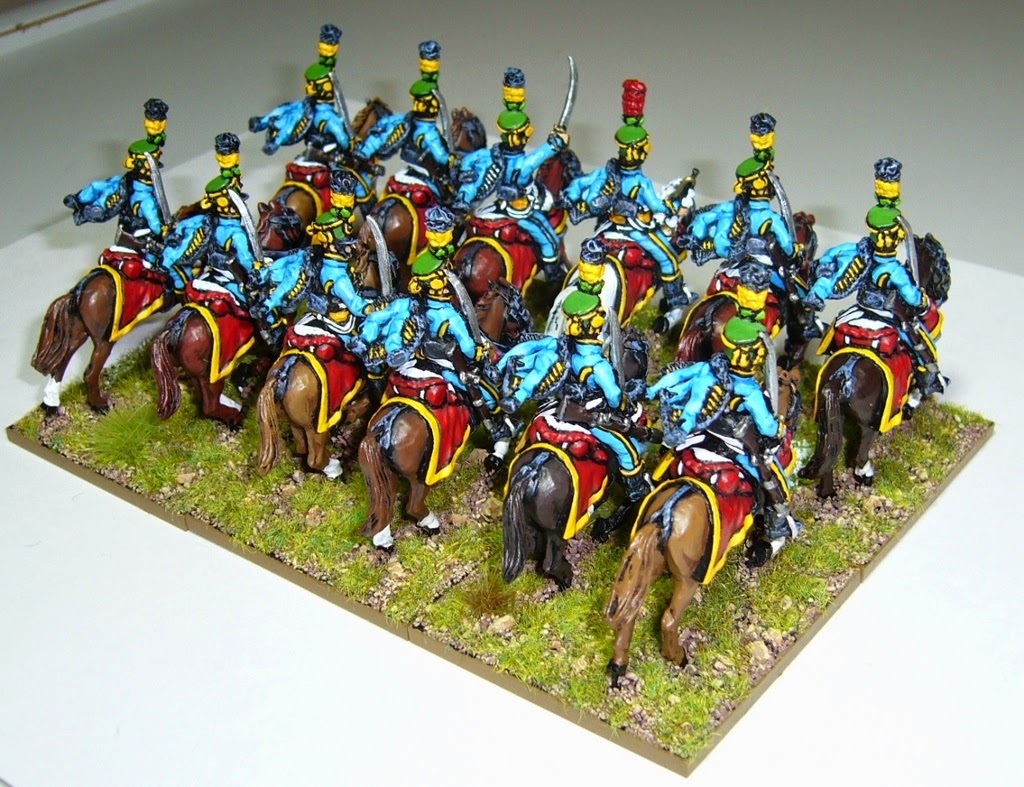 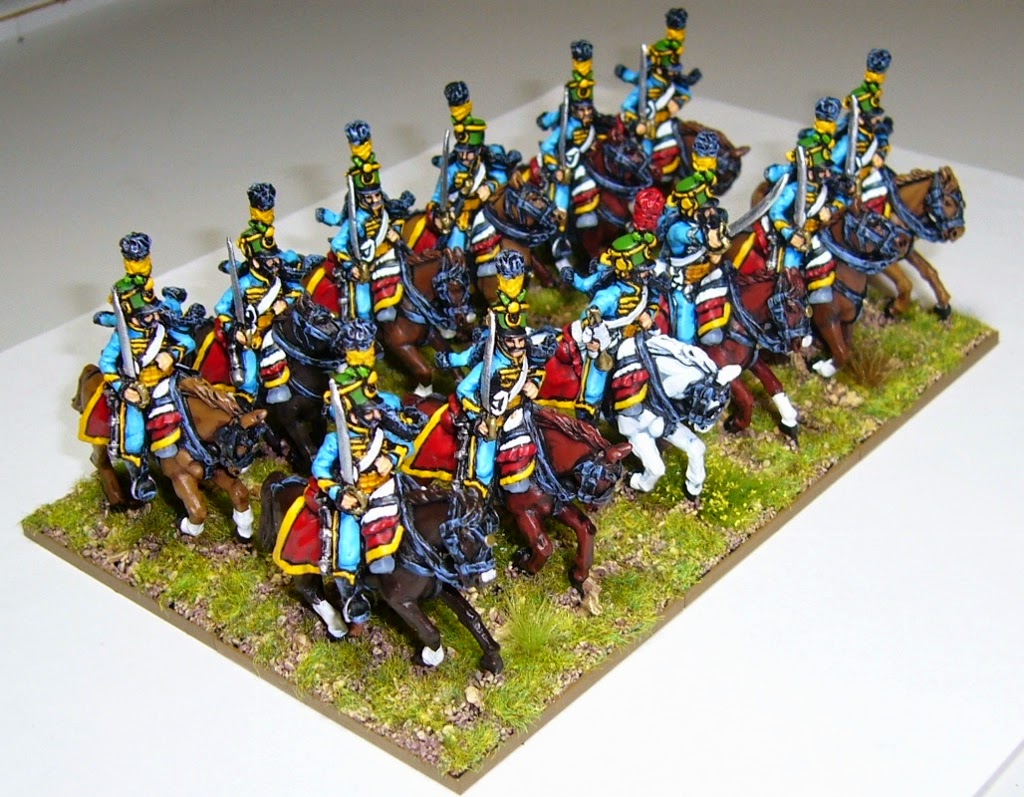 Right there we then, my Austrians are now becoming quite a force, with 18 regiments of infantry, 5 of cavalry, and 18 guns. Still not enough of course...

Thanks for looking!
Posted by Chasseur at 14:49