My first Napoleonics from 20 years ago!

I started wargaming with Napoleonics as a teenager. While cleaning out the cupboards at her house my mother found a few non-digital photos of games I played over 20 years ago, which I've photographed digitally and uploaded. Looks like a Hundred Days campaign battle based rather loosely on Quatre Bras if I remember correctly. Well... it had a crossroads anyway! The quality of the photos is pretty terrible but shows the sort of thing I was doing at the time.

The figures were 1/72nd, mainly Esci (Now sold by Italeri) with many conversions to get the sort of troops I wanted. French and British, and I remember painting up Nassau and Brunswickers, and British Guards in white trousers (and possibly even bearskins!!). Rather carried away with artistic license in that latter case. I sold them all about 15 years ago. However the Napoleonic flame didn't die and is now back from Elba and re-establishing the Empire in 28mm.

Here's a table in my parent's basement. 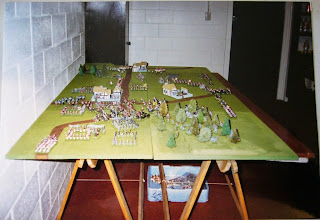 On the left flank, French assaulting some allied squares. Those flags and uniforms near the top left behind the hill might be some Brunswickers from the looks of things. 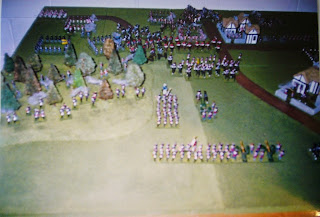 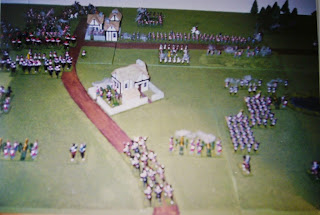 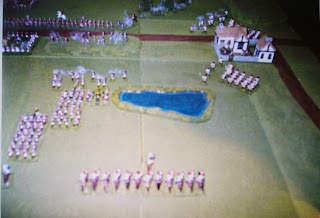 I also took them along to a Wargaming Convention, this must have been around 1994 I think. 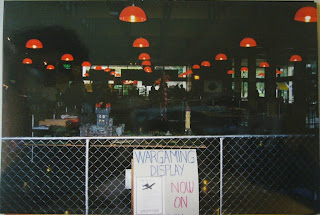 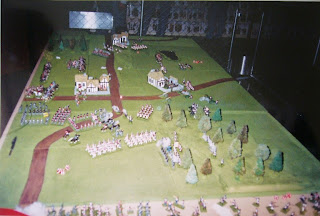 Well that's it, not much to see really, but nice to have a few last memories of them and thought a few other people might like to have a look!

Currently finishing off last of the figures I need for Waterloo, some much better pics soon!
Posted by Chasseur at 10:57