Wow! That's the word that springs to mind when you view this book. 'Cröbern 1813 - The Battle of the Nations in Miniature' details the conceptualisation and creation of a truly massive diorama of part of the South sector of the Battle of Leipzig. The diorama is centered on the village of Cröbern 16th October, at 16:10 hours. Austrian infantry, cuirassiers, hussars and allied Prussians and Russians are all concentrating for a counterattack against the Polish and French. The diorama documents the scene at 1:1 in terms of ground and figure scale, using 1/72nd scale figures and buildings. Something that has rarely if ever been done on this scale before I'm pretty sure! 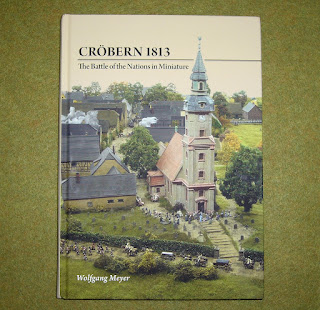 The book provides some background information about this section of the battle. It is a tiny portion of the overall battle in the big scheme of things of course, which also serves to illustrate just how huge this battle was (largest prior to the 20th century).  It was also a fairly important location from my reading though, with Austrian counterattacks halting a French breakthrough on the first day. 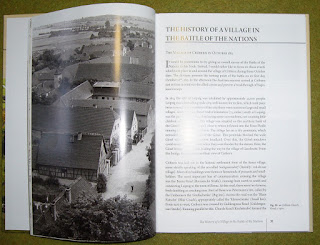 Another section details the research involved, which was extensive, including examination of archives in Vienna and elsewhere. The actual village of Cröbern was destroyed for strip mining in the 1970's, but because of this it was photographed extensively at that time, and so some very good records of buildings and terrain that date back to 1813 exist. Architectural plans for the prominent church were also found and used to recreate this in 1/72nd scale. The diorama thus serves not just as a recreation of a battle, but as a memorial of a village that many ex-residents still have fond memories of. 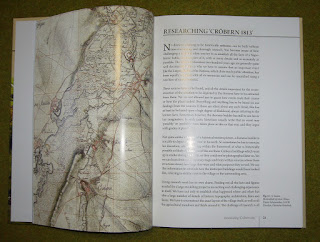 The majority of the book, many dozens of pages of the approximately 200 pages total, is full colour photos of the diorama from various perspectives. The following brief sample gives an idea of these. 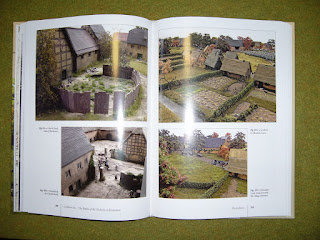 Look at those massed battalions of Austrian Grenadiers! 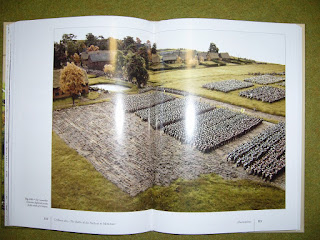 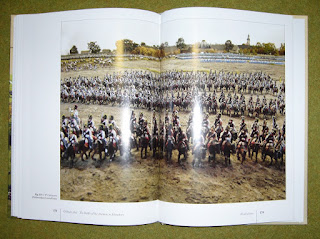 Also many close up photos of small details. 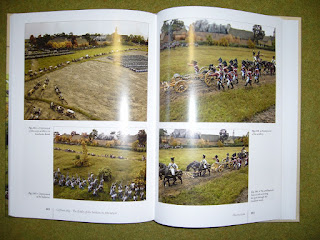 The village itself is faithfully recreated including the civilians, who gathered at the church at this time. 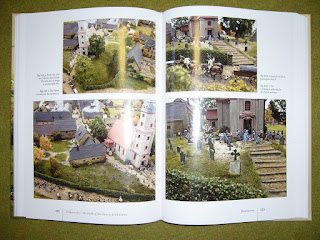 There is also a list of materials used in the construction, and a bibliography. 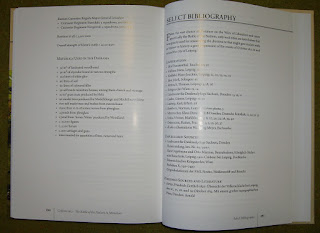 So as you can see there has been a truly startling effort in the creation of this diorama. If you are interested in the 1813 campaign, this book is something of a must buy for details of the landscape, scenery, and architecture of the area. Highly recommended and I can see myself returning to this for inspiration for years to come. I also hope to visit the diorama in person one day, which seems likely given my wife is a native of Markkleeberg where the diorama is located (though not sure if it is still there).

To order the book I e-mailed a man named Patrick at pat.iis@t-online.de. After a few days I heard back and the book arrived here on the other side of the world in New Zealand a few weeks later for 38 euros including shipping. I think Caliver Books also has some copies but it would have worked out more expensive for me. A few more pictures of the diorama can also be seen at the official Cröbern diorama site.

Also worth viewing here's a short video review of this book from fellow blogger Paul Alba (Napoleonics in Miniature blog) who supplied me with contact details for ordering - many thanks Paul!
Posted by Chasseur at 09:49