A couple more Polish units done for my Duchy of Warsaw forces - some much needed infantry. These are from the excellent Murawski Miniatures range again.

1st and 8th Infantry regiments (probably). I say probably because I find uniform details pretty confusing for Duchy of Warsaw even when I have the sources. In reality I imagine the Poles were often even less uniform in appearance than many other nations and prone to changes, and scavenging gear from defeated enemies and so on. Murawski do make "campaign dress" variants if you want them, but naturally I chose to have my Polish all striding along in pretty looking full dress uniform :) 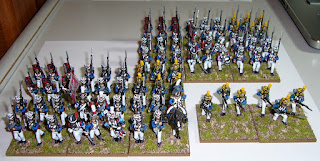 Here's the 1st regiment, including mounted commander. Once again 36 strong units for these Poles, and flags from GMB. 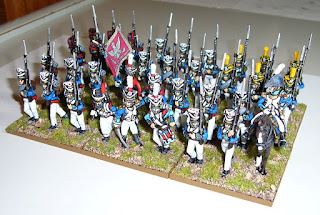 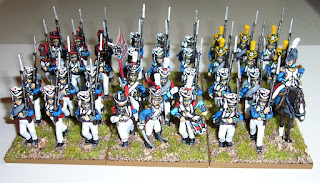 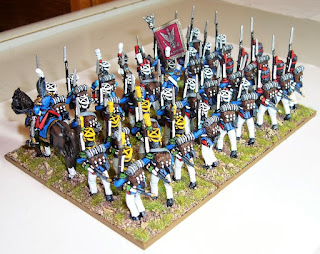 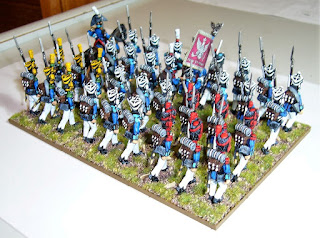 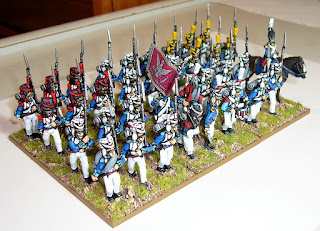 I also painted up a couple of bases of light company skirmishing for this regiment. 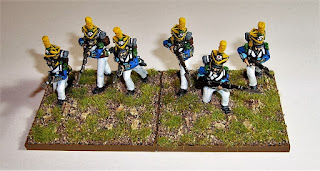 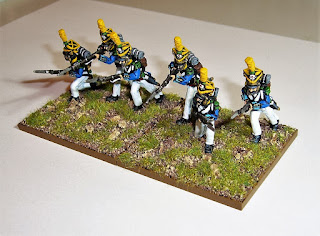 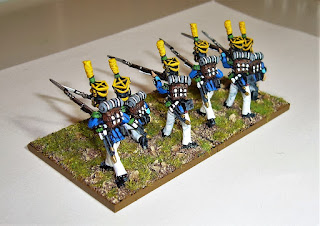 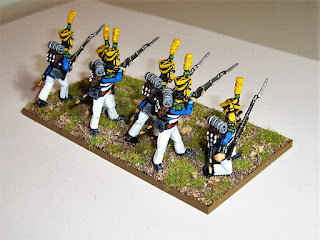 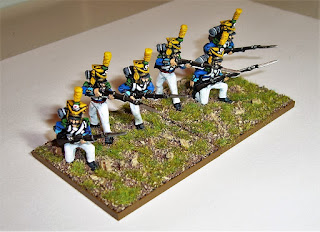 And next is the 8th Regiment with pink facings. These regiments are all in full dress, but I wanted the officer waving his hat from the campaign dress command pack, and Rodger from Murawski very kindly included him for me. Great service thanks Rodger. 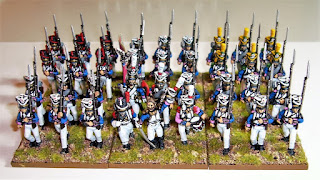 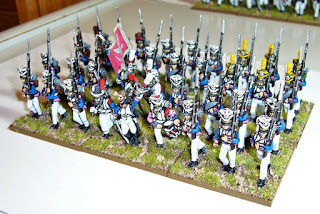 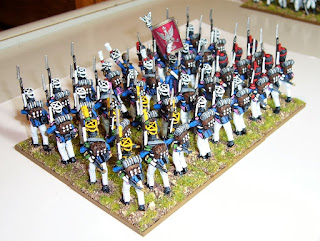 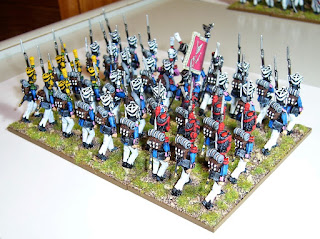 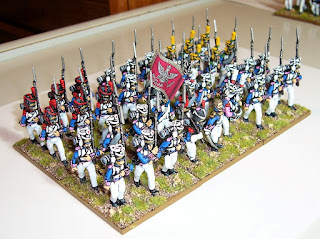 I often voice a few minor grumbles about miniatures, in the interests of being objective and because no-one will believe me if I don't suggest a few areas that might be considered in development of future ranges and so on! However I really don't have any grumbles with these. In addition to being very clean sculpts, the sculpting is also done so as to "hide" behind equipment minor details of straps etc that would otherwise have to be painted and slow progress down. This is a great feature that some modern ranges have and it is much appreciated when you're painting many dozens of figures!

That's all the Poles I had planned and my unpainted Polish box is now gratifyingly empty. But these Polish are very nice figures and nice uniforms, and I'm tempted to get some more. Maybe the 13th in their white uniforms, and another regiment of Uhlans, and more command... plus some of Murawski's Baden range of course, got to have them for Leipzig!
Posted by Chasseur at 21:16