More of the Guard done. Tirailleurs and Voltigeurs of the Young Guard. These are Perry figures again, which have some nice animation in this march attack pose. Two of the officers were also swapped for ones from the officer pack to add more variety. Flags are GMB Young Guard fanions. 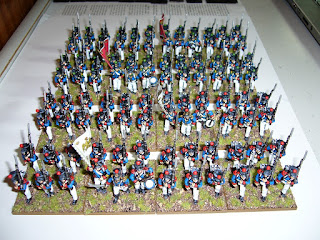 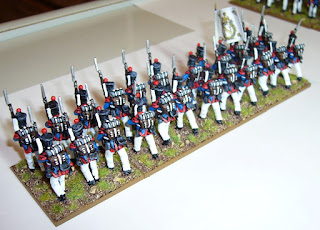 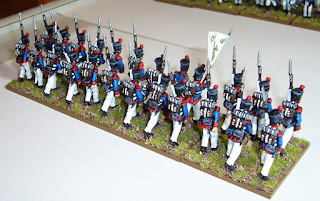 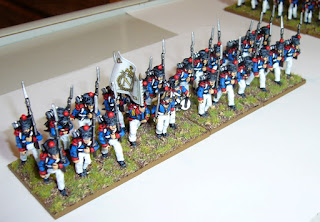 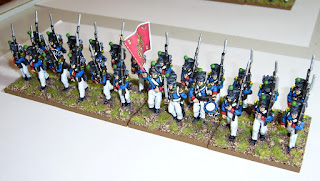 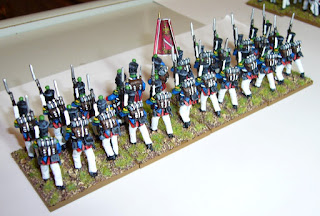 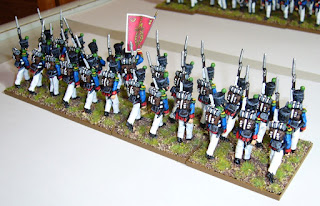 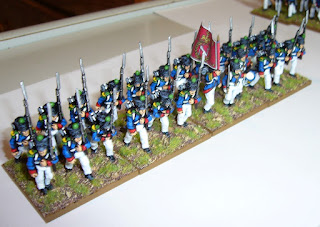 I actually need twice this number for the Leipzig order of battle, and aim to make the rest up with more Voltigeurs and the two units of Flanquers.

First French Guard Cavalry are also almost done and will be posted in next day or two, and also Guard Horse Artillery.
Posted by Chasseur at 20:15