At the sunset of Empire in 1813/14, Napoleon was desperate for troops and young conscripts formed an increasingly large part of the French army. They were referred to as "Marie-Louises" in reference to the fact that the young Empress Marie Louise signed the conscription orders. And as I understand it, also perhaps because many of them looked as young and small as the Empress. 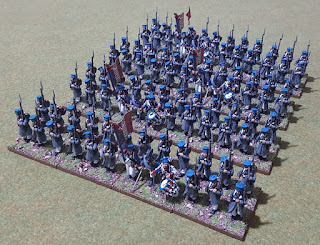 Increasingly often these troops did not have proper uniforms, instead being equipped with a grey greatcoat and Pokalem headgear instead of the more expensive shako. That's how I've chosen to depict them here.

Most of them would have been added to regular line units to help make up numbers, but I wanted to have some separate units to clearly represent provisional infantry regiments, so did them up in their own units. 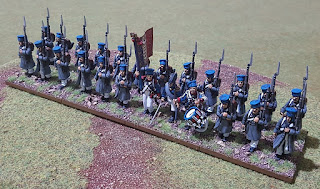 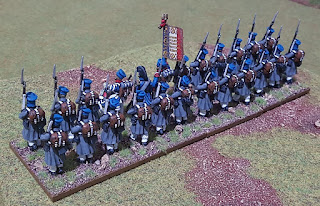 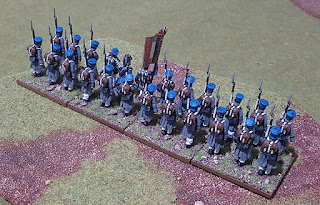 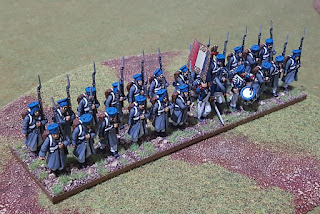 Each box of Perry French Line Infantry contains 18 spare heads with Pokalem, so you end up with heaps of them lying around. You have to snip off the shako head, trim the collar area with a craft knife, then stick on the pokalem head. It's pretty quick after the first few, though it also generates a slightly disturbing feeling like you're guillotining the little chaps! 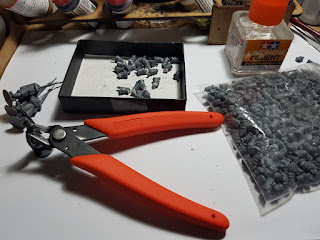 This is a closer look at a Pokalem. Apparently the term 'Pokalem' comes from 'Poka = Polska, Lem = helm', the 'Polish helmet'. Though of course it was made of felt. Not very pretty but quite practical. Having done the blue, I decided that adding the very fine red trim was not worth the time investment for the moment given how hard to see it would be on the table. Maybe later!

And lastly here is a portrait of Marie Louise, Empress of the French 1810-1814, after whom these troops take their name. 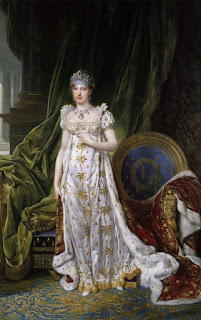