Carabiniers - one of my favourite French uniforms with the white, red, and gold/brass helmet and breastplate combination standing out, especially in combination with the large black warhorses they rode. Another ten added bringing the total to two dozen. 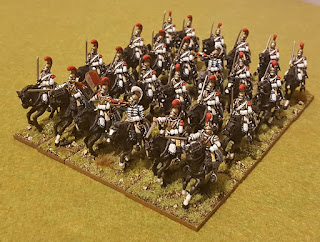 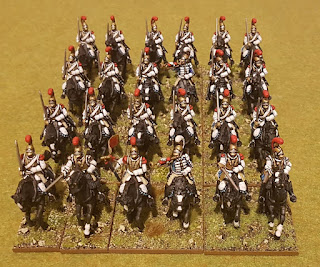 This 1810-14 uniform is my favourite variant of the Carabinier uniform. In 1815 they wore blue coats, and pre-1810 they were unarmoured and wearing a blue coat with red facings and a bearskin hat. 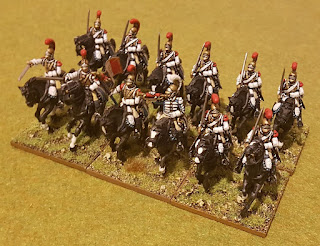 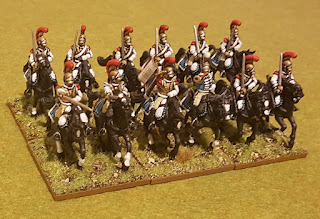 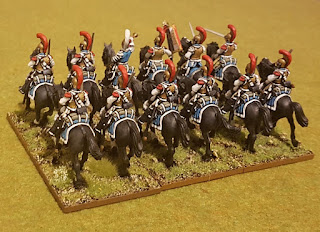 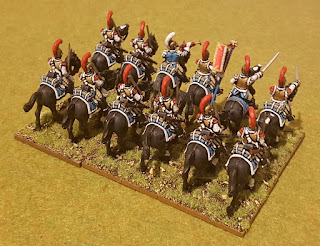 For reference, here's the pre-1810 uniform.  Napoleon discarded this due to concern about casualties suffered in the 1809 campaign - particularly against Austrian Uhlans at Wagram where the Carabiniers suffered many lance wounds and lack of armour was perceived to be a weakness. 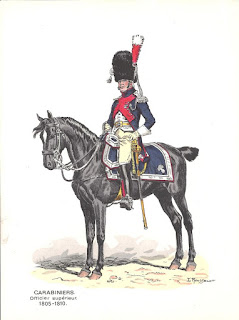 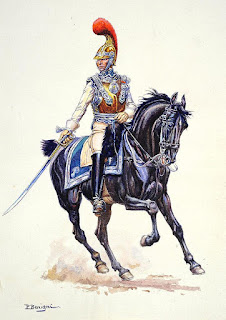