Finished adding another 170 Austrians approximately, necessitating some rearrangement of storage. This was a good excuse to get out all the Austrian German infantry and have a look at them together...

Not included are the German Landwehr, nor Hungarians, Grenz, Jaeger, or other arms of course. I'm going to need a bigger table to fit them all on for photos soon enough! 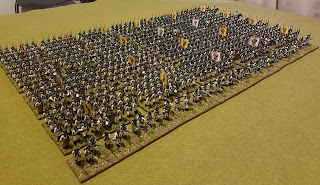 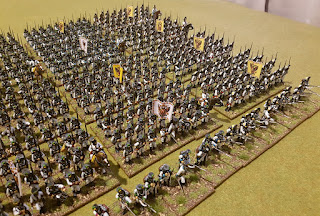 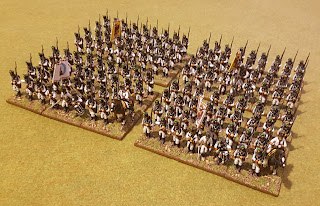 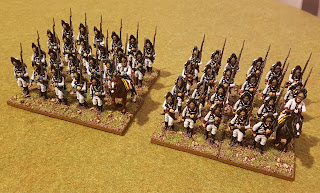 And also some much needed skirmisher detachments, 16 stands worth. Not that Austrians were very good at skirmishing but they still need a few. Victrix include options to make up to a third of the figures in each box into skirmishers, so that is helpful. Here's four of the line skirmisher stands, of the 16 that can be seen in the first photo in this post. 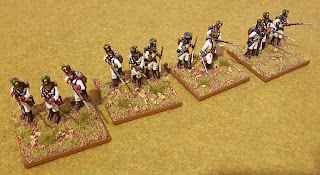 I also made up four Grenadier skirmisher stands. As I understand it Grenadiers were forbidden from skirmishing according to the Austrian ordnance, being reserved for a shock role favouring the bayonet. I'm not sure how strictly this was obeyed though so added a few of these skirmishing Grenadiers given I had a few figures left over. 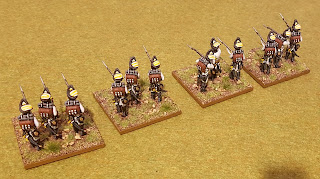 Thanks for looking, French Heavy Cavalry on the painting desk at the moment so they will be next.
Posted by Chasseur at 09:50