Some guns for the Bavarians from Perry miniatures. Nice enough models, though campaign dress on some of them which I'm never a fan of. I gave them blue overcoats to make that less noticeable, though more likely they would have had grey/brown overcoats of course. 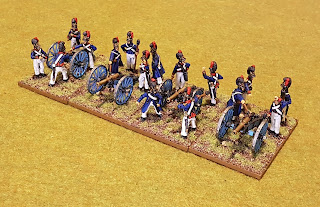 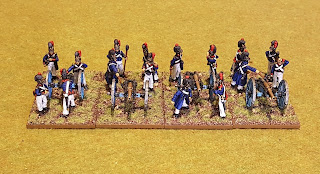 Unlike the infantry which had cornflower blue coats, the Bavarian artillery uniform was a dark blue. The guns themselves were a lighter blue-grey colour. 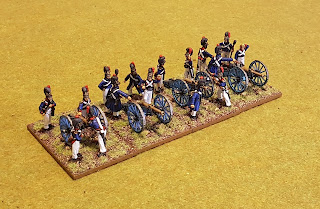 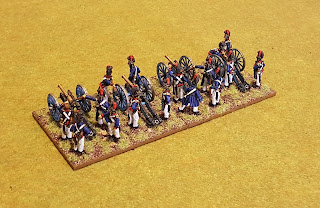 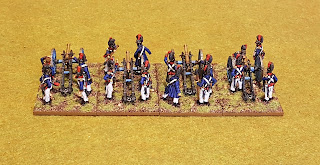 The howitzer crew below (right most gun), has the loader sticking his arm right down the barrel to place the charge! 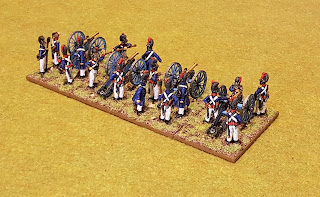