Another unit of Polish Uhlans painted, bringing me to a total of four lance armed Polish Cavalry units for the Duchy of Warsaw now. New unit is on the front left. All Murawski Miniatures. 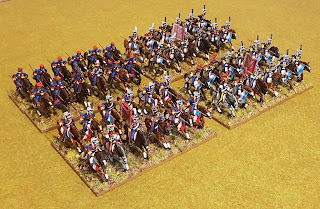 The lance armed cavalry for Duchy of Warsaw is very distinctive so getting these done was a priority. Poland had a lot of cavalry! 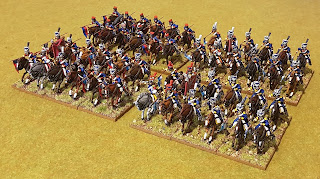 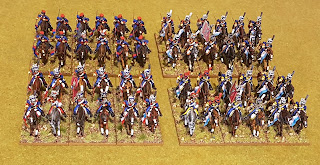 I've also ordered a tripod for mini-tripod for phone so may take some more pictures of the units when that arrives!
Posted by Chasseur at 17:56