More Saxon Kuirassiers, this time the Leib regiment, to join their brother Zastrow Kuirassier regiment.  Great figures again from Black Hussar. Conflicting source information about the horse furniture led to some moments of indecision with these (see below), but I'm happy enough with the end result. 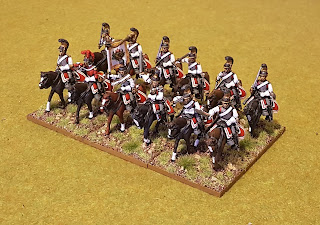 Spelling is important by the way. Due to me getting the "e" and "i" the wrong way around for some time, I'm at risk of my German wife innocently enquiring about the fate of the "Love Kuirassiers" (Lieb) instead of the Life Kuirassiers (Leib), forever more... 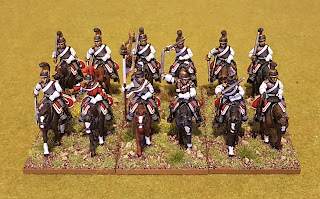 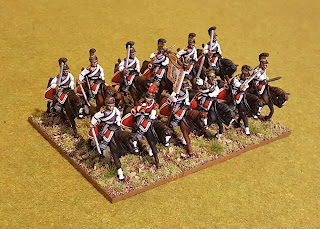 Like the Zastrow regiment and Austrian Cuirassiers, the Leib regiment only wore front plates. 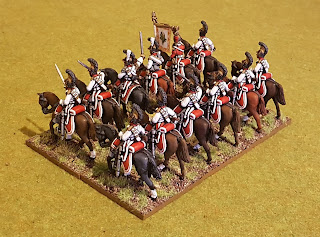 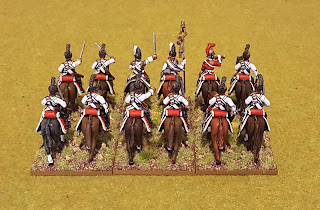 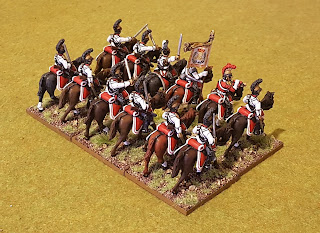 A pic below with their Zastrow colleagues.  Both the Zastrow and Leib regiments fought at the Battles of Dresden and Leipzig. The Zastrow regiment broke two Austrian squares at Dresden. The Leib regiment captured a battery of 12 Russian cannon at Leipzig and fought with Russian Cuirassiers/Dragoons that tried to retake them. These Saxon Kuirassiers were serious business. I believe they were also the last Saxons to change sides at Leipzig, the idea being offensive to their inherited knightly/noble honour code. 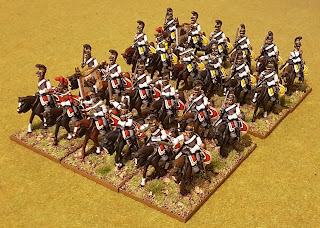 Given the figures are interchangeable, I mixed in six of the Zastrow Kuirassier figures to the Leib regiment, as the poses (swords down or shouldered) are more durable for wargaming. Three of the rank and file plus the three command of the Leib are all from the Leib figure range though. 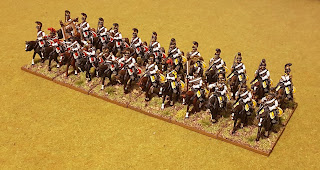 As to the above mentioned issue of horse furniture, I agonised over what mix of yellow, red and white border to go with. For example, here's what they look like with yellow and red rather than white and red. This seems to be the most common representation, but after doing some this way I noticed that it was also looking very much like Austrian heavy cavalry, so I reverted to the white and red. This also matches the white and yellow I did for the Zastrow nicely. Once again I left off the Cipher detail though! 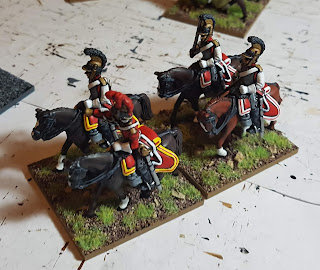 Rawkins in his Army of Saxony book, suggests that the source conflict is due to different variants of horse furniture existing over time, including perhaps even for different squadrons within the same regiment. The saddlecloths also tended to wear out more quickly than other aspects of the equipment, particularly the edges, hence also the cropping of the corner into something rounded rather than pointed for durability. 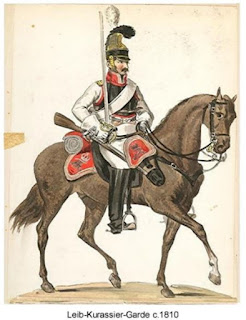 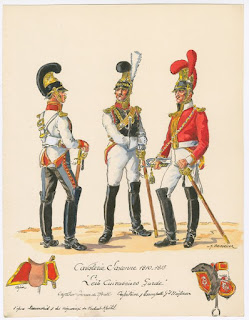