Hi all! It's been a challenging week here in New Zealand, with the country going into full lockdown today thanks to this damnable virus. I've been working long days being in healthcare, though now via telehealth rather than in the frontline so consider myself very fortunate. Huge respect to all the doctors and nurses in the thick of it, and all the staff keeping food system, security and so on operating.  Glad too we have a government here that actually listens to the scientific evidence and acts on it. Best wishes to everyone out there and let's get through this!

My painting output, not to mention gaming, will be much limited for the next month at least due to work demands. Nonetheless I thought I'd show the bunch of limbers I've been working on for several weeks, and finally finished last weekend. 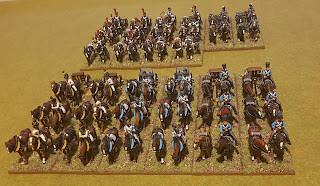 Half of them are simply more of the same, i.e. more Austrian (above front left) plus French Line and French Guard Limbers as below. 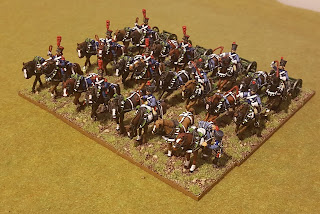 I also added some more types though, which I'll detail further in this and some follow up posts.

First up there's this French train team from Black Hussar Miniatures. These are intended for use with their forges, limbers, wagons and so on, but I decided to just get these for now. I tend to use pairs of horses for foot artillery (as though they are being prolonged) and 4 horses plus a limber for horse artillery. This also helps make it very clear on the table what things are. 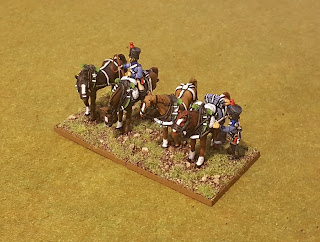 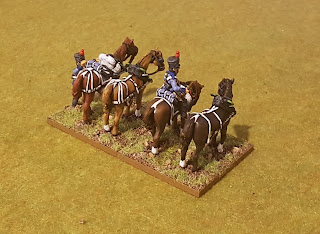 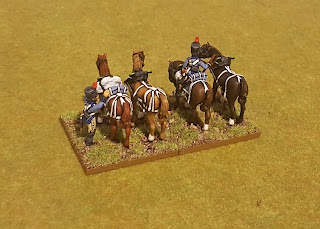 Next, I also bought a couple of Dutch limbers, though I have painted them in a generic "1813ish train in shako" uniform that is close to that of a number of French allies of the time, so they can fill in as needed. E.g. Duchy of Warsaw, Confederation of the Rhine or more French. Murawksi minatures also make Polish drivers that would go well with this set though I didn't have any for this pair. 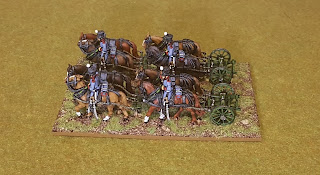 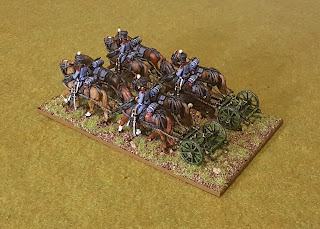 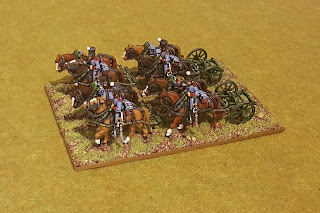 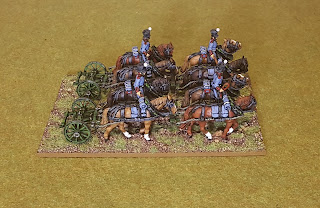 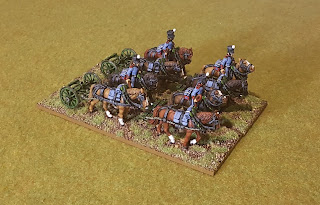 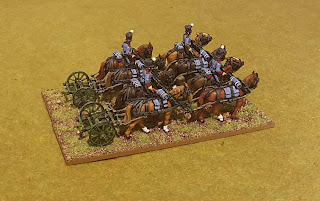 I have also been reading the kindle version of this book, which I recommend! 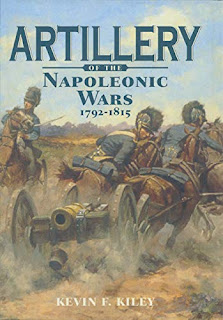 Thanks for looking, stay home and stay safe! Next up will be Saxon and Bavarian Limbers as I get another opportunity to post.
Posted by Chasseur at 22:17