Six line horse artillery for the French.  These are metal Perry figures again. Four 6 pounders and two howitzers. I only need two of these for the Leipzig refight this weekend, but it was a good excuse to get them all done! This is the equivalent of two batteries for the Lasalle rules army lists, though of course I'll use them for other rules as well.

I pinned the wheels, i.e. I drilled holes in both gun chassis and wheel and used a piece of wire in preference to the flimsy stub of axle provided. This was after reading about other people having trouble gluing the wheels on so they were secure and straight. Might have saved some time plus they are nice and solid now. I also cut down the ramrod of the crew member holding it vertically (which was originally taller than he was), so it was the same length as another crew member holding one horizontally. This will help protect it from being knocked and breaking/bending during transport or gaming. These are gaming pieces and I'm always in favour of practicality where possible!

Unfortunately the 0.5mm copper wire I needed for the limbers has only just arrived, so I won't have time to get these done in time for the refight now. I want to take my time assembling and painting them properly rather than rushing them, and they will be quite complex with all the traces and so on. Limbers are optional in many rules, but they look great and we should really have them in our Napoleonic games I think! I'm aiming for a one Limber per battery ratio initially. 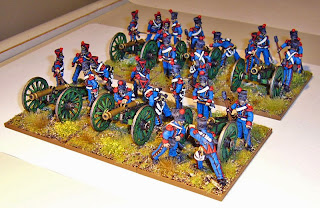 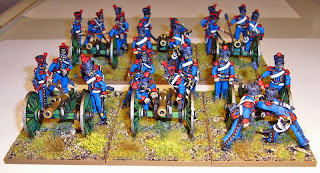 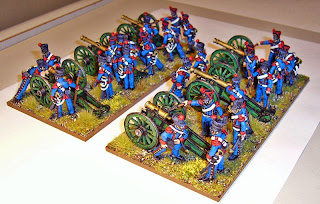 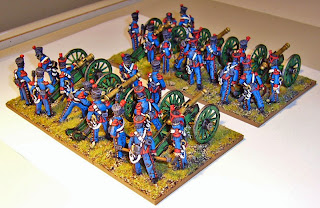