Some detail shots from different angles of one of my French line infantry regiments as promised in my last post on basing. These are all just from the Perry plastic French infantry set.

I have now completed painting 12 regiments like this, (4 regiments in greatcoats), though I still have to finish the basing on half of them, and the drummers of 4 of the regiments. I'm also about to do another order to Perry which will expand the numbers to 15 regiments and this will include some more of the metal product codes to increase the variety and visual appeal. Once all regiments are done I'll take some more photos. I also have some of the 1814 Paris National Guard to do up for a bit of fun. This weekend though, I'll probably start assembling the many hundreds of Austrians I have lying around that have prompted feelings of guilt about neglecting them for so long.

Photos of the regiment below. The flag is just one printed out in colour from Warflags. Glued on with PVA (white wood glue), and when dry carefully shaped to look like it is waving in the wind. Edges painted with gold to avoid the white paper look. Officer has a rolled sky blue greatcoat, which I understand was a fashion for a time, plus it just looks bright and colourful! 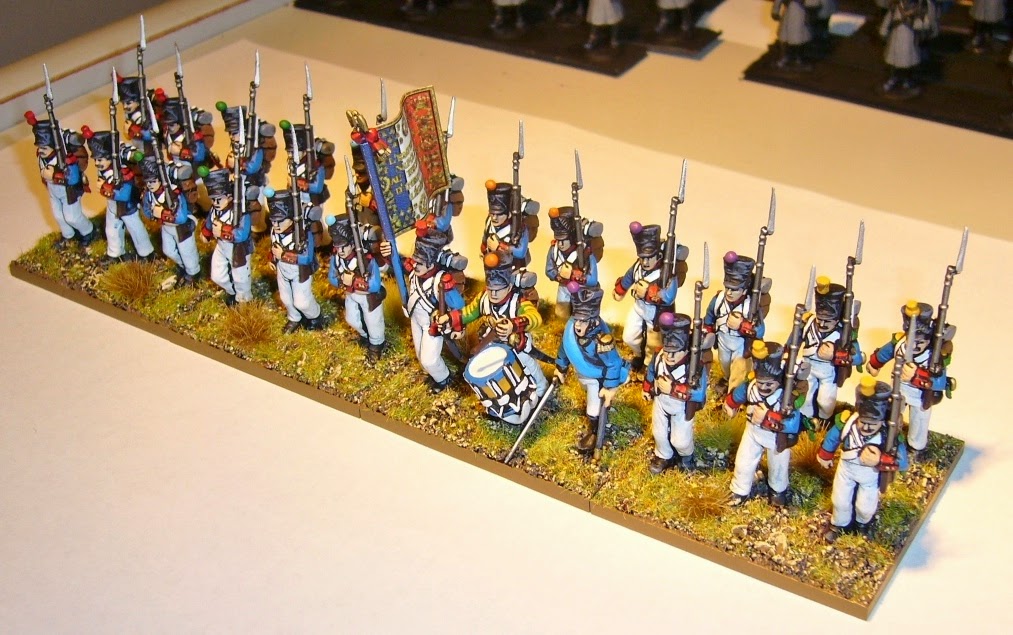 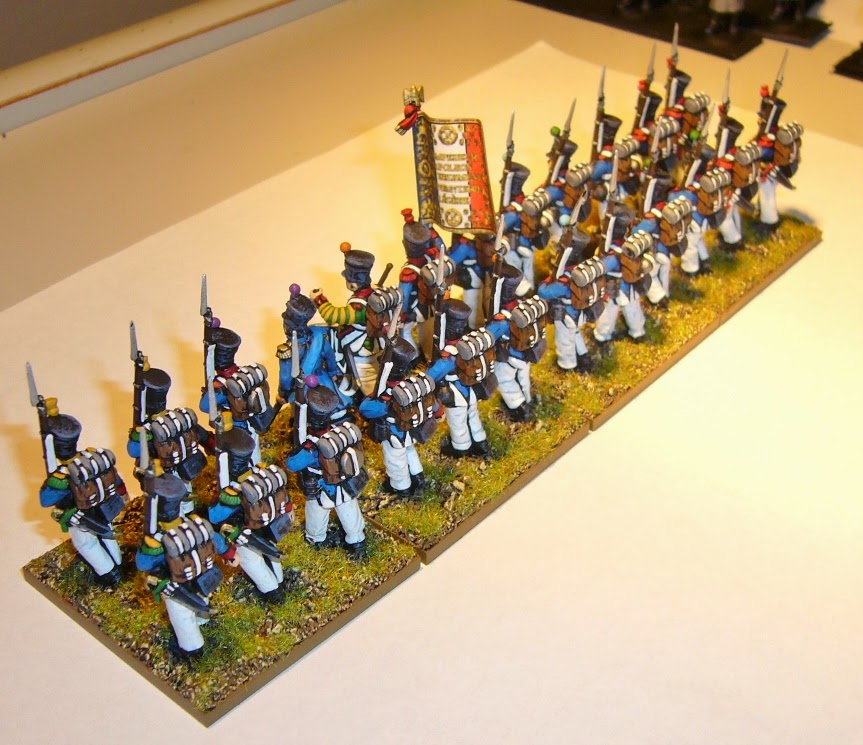 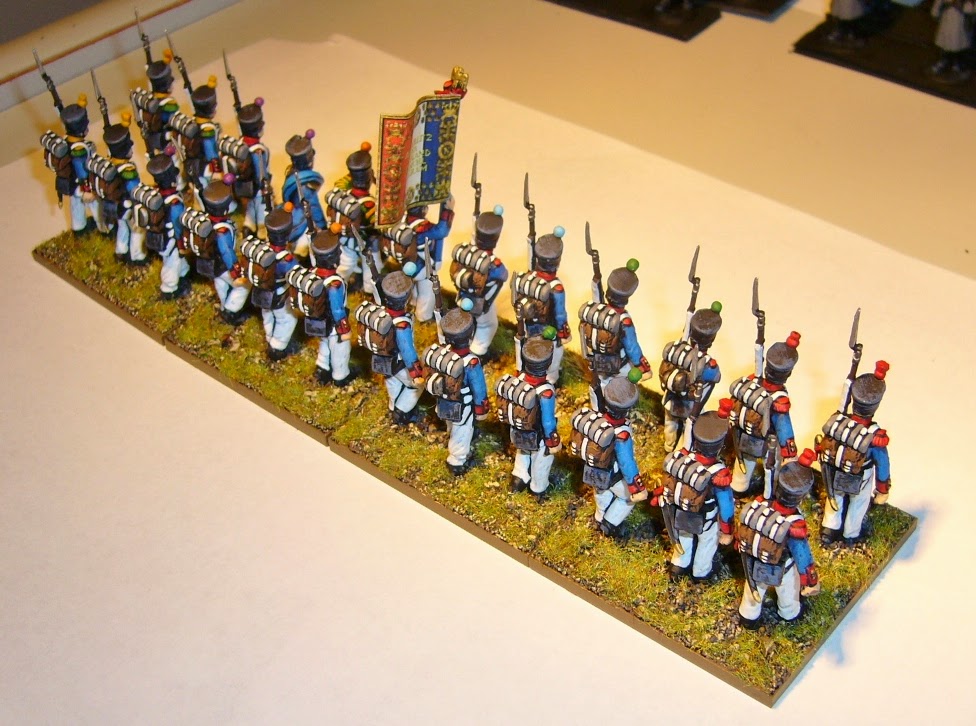 For reference, these infantry were painted according to the method described in this earlier post.
Posted by Chasseur at 14:34