Assembling Austrians... and so it begins!

I started putting my Perry Austrians together over the weekend and here's a few random thoughts about the figures and the process! I've got over 550 infantry to do, including over 100 metals. I'm aiming to paint in groups of about 150.

First I took over the kitchen and did my usual hot water and detergent wash for the plastics. The intention is to wash off any oily residue from the production process. I've heard this is no longer necessary(?) but I've done it with plastic figures for decades, so the habit continues. It only takes a short amount of time and if it helps the paint stick it's probably worth it. Perhaps it's really just superstition these days though? Anyway here's what 450 Austrians and 39 French Dragoons look like on the kitchen bench!

Onto the assembly. Starting with 8 command groups each of six figures, taken from the command sprues. This is the most time consuming element... as some of these figures are in many parts. The Officers and Sappers only have three pieces each and are thus my favourites... 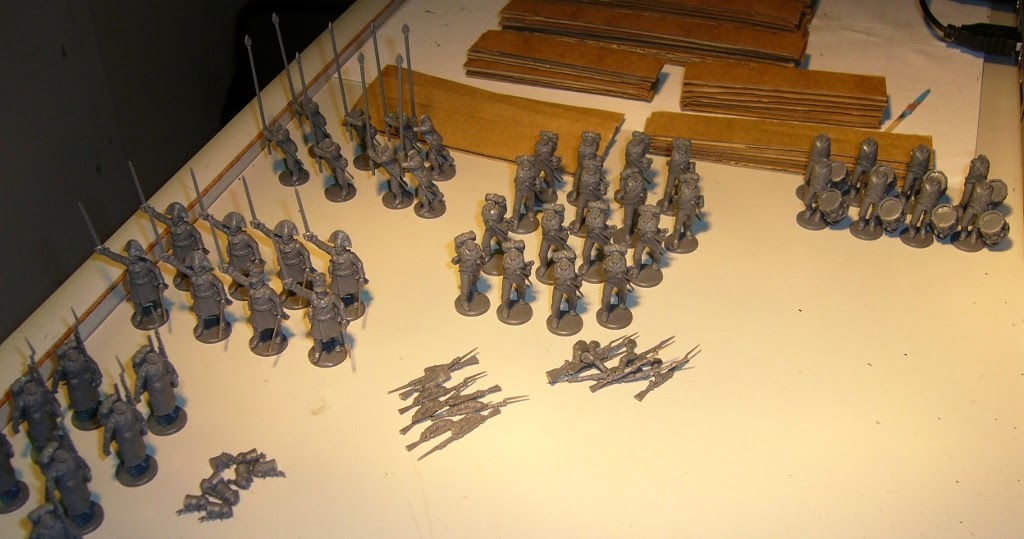 Drummers are the worst, in eight pieces! Each tiny piece of which must be cleaned and glued together - as I apparently complained about to my partner (repeatedly she tells me). You do get more pose variety with all these pieces, but when you are doing hundreds of figures speed seems more important... I wait for each piece to dry before gluing the next piece of the model. Here I'm about to glue on the Drummers right arms, followed by the left arms of the NCO's.  Then finally the heads.

Getting ready to glue the left arms of the NCO's, a needle file, plastic glue and craft knife are all that is used in the assembly process. Plus modelling clippers to remove models from the sprues. 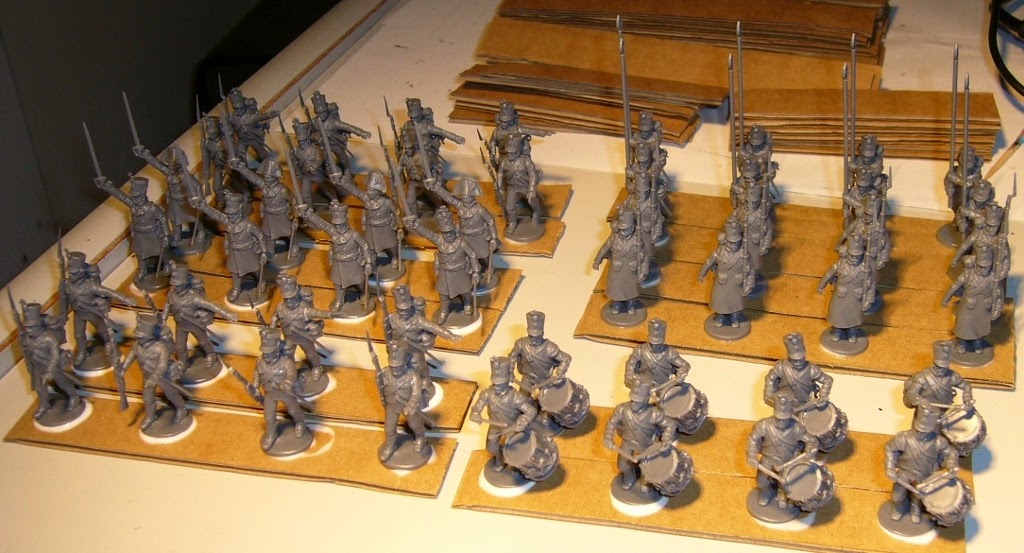 And starting on the regular infantry. These are only in three pieces, body, backpack and head option, and they assemble much more quickly. 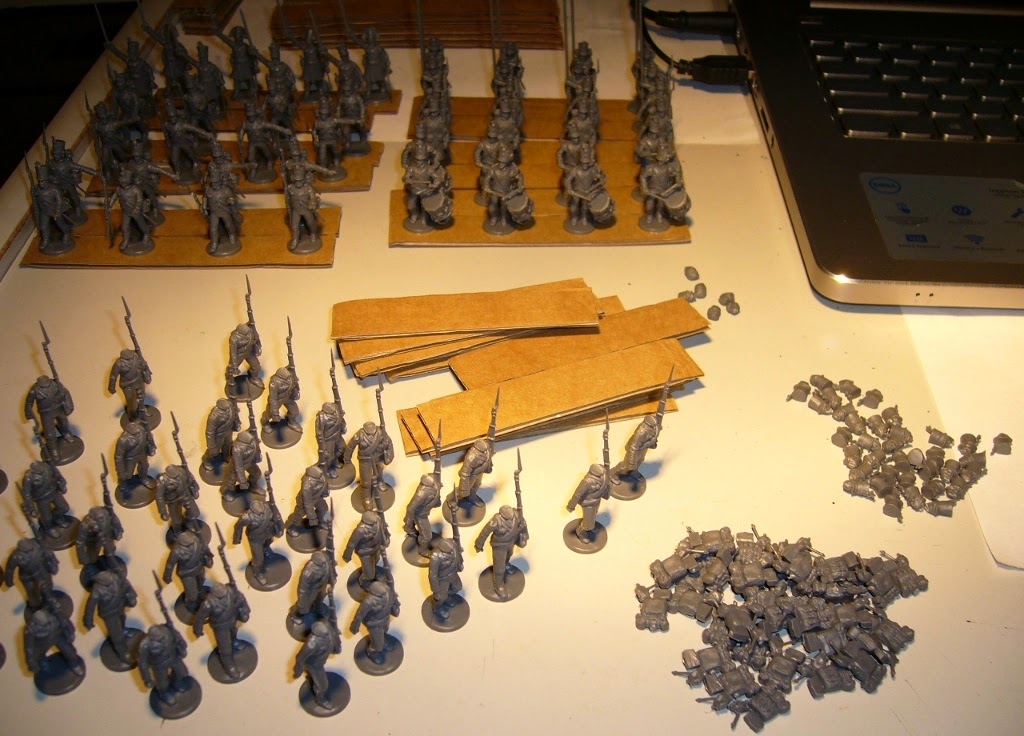 The troop sprue with options for German helmet, Shako and Landwehr Corse-hut. I'm going for the later period (1809-1815) so will be using the Shakos and Corse-hut. Shakos  will also be far easier to paint than the helmets in my opinion which is an added bonus. I've heard complaints that they could have included Grenadier options on these sprues, I'm not sure though as it looks pretty packed! And you do get 48 figures in this box set too, compared to 42 for French and 40 for Russian. 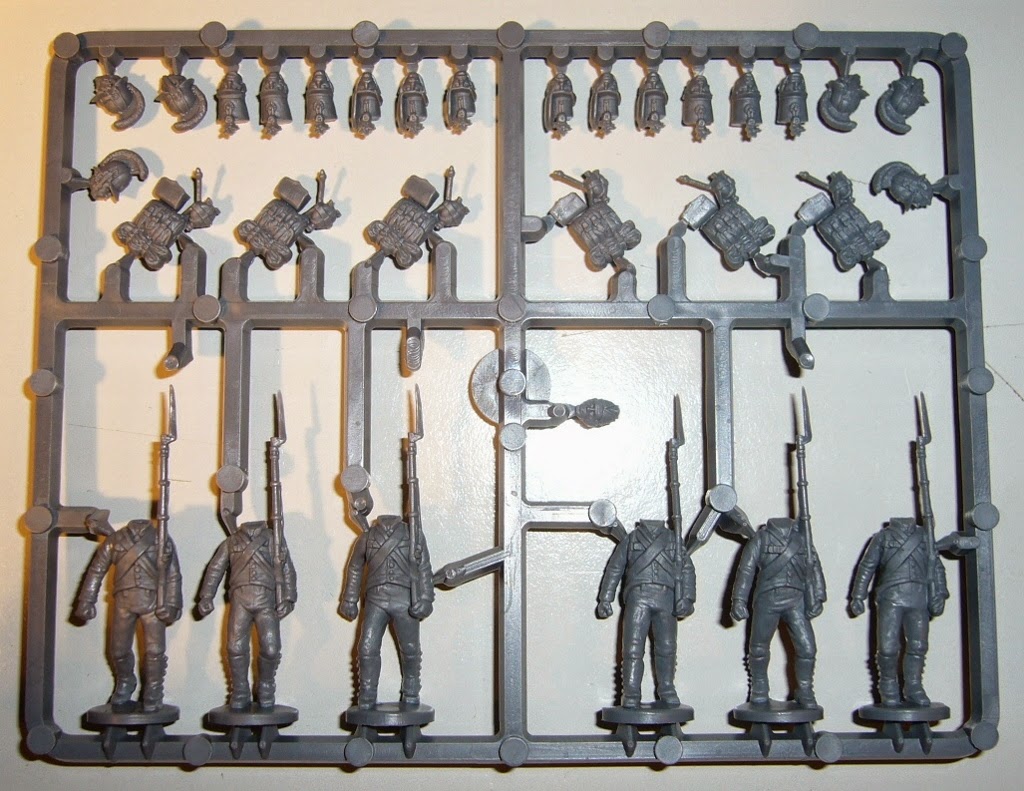 Command sprue. Standard Bearer, Musician, Officer, Sapper and two NCO's. these command sprues can also be purchased separately from Perry. Excellent sprue if you don't mind all the parts. 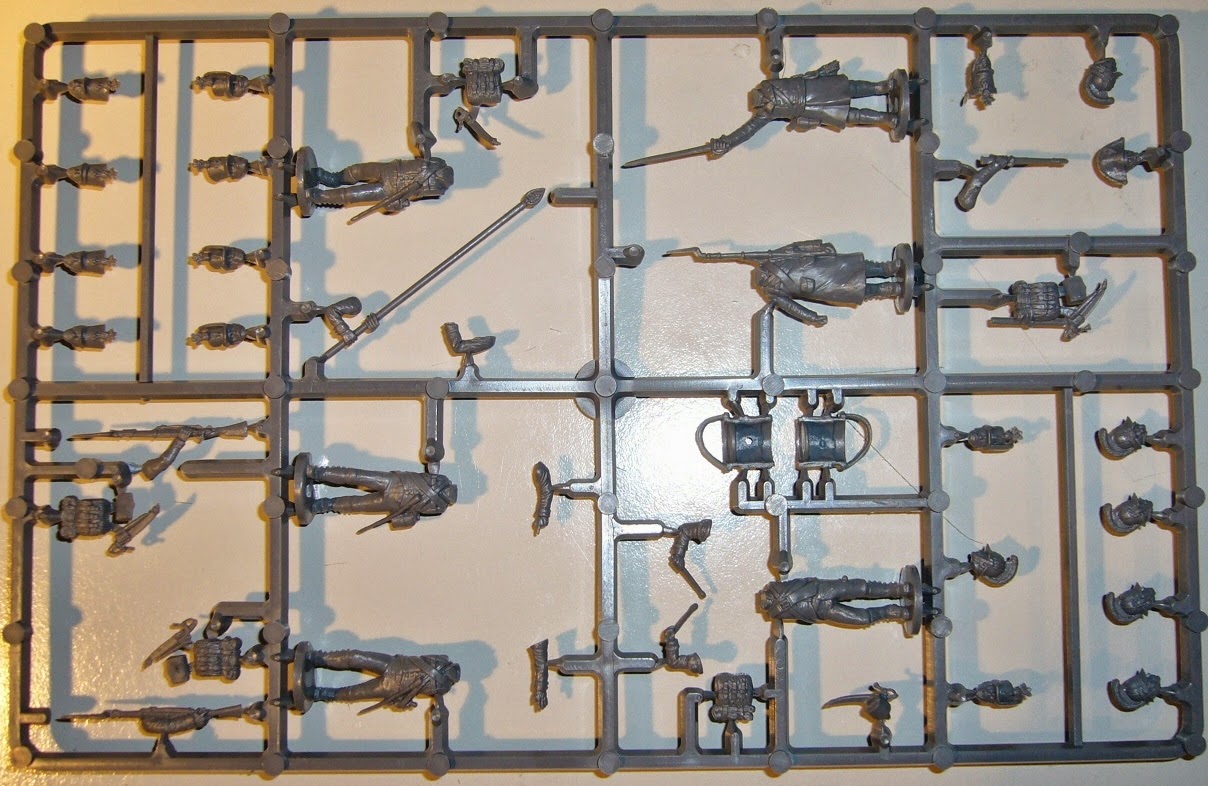