Austrian 1st Uhlans. These models are another relatively new release from Perry Miniatures. 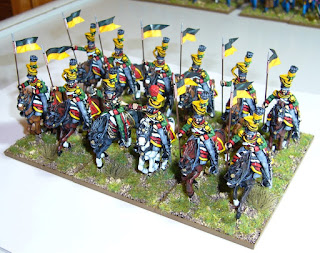 I love the Austrian 1st Uhlan uniform. The yellow Czapka is really distinctive and definitely one of my favourite uniforms. 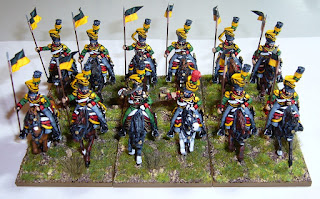 Flag pennants from Aldopho Ramos, though I had to lighten up the yellow with highlights as it was quite dark. 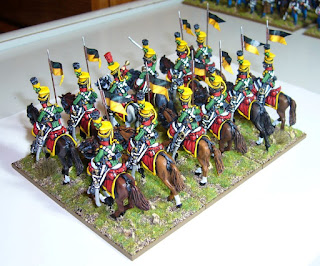 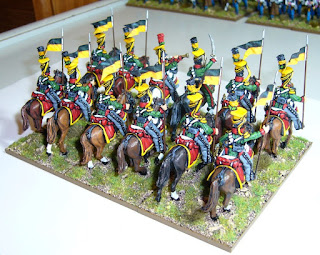 The cords also had a very fine black hatching in real life, but given scale of figures and typical viewing difference (and consideration of my sanity!), I decided that trying to represent this detail effectively would be more time and trouble than it was worth. 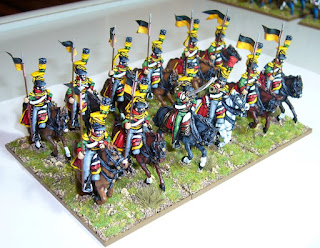 Perry also released an Austrian Uhlan variant with falling plume that I didn't know existed. Great to see these ranges being filled out with these variations.

That's the last of the Austrian reinforcements for the moment but longer term more are planned. On to some Young Guard and some more French Allies next.
Posted by Chasseur at 18:21