Reinforcements for the Austrians. Two regiments with 36 Hungarian infantry each. I think that up to about a quarter of Austrian Line was Hungarian at times, so about time I added a few!

These are Perry Miniatures Hungarians. Nice sculpts, though not the variety of pose some other packs have. There are six different head sculpts for the rank and file but same posture otherwise. A bit disappointing perhaps, though arms folded across the chest is actually pretty helpful in cutting down the amount of painting of straps and so on - I like this pose! 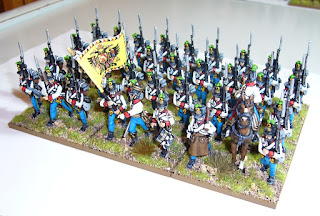 I added a mounted Hungarian Officer to this unit to provide a bit more variety, and the Hungarian Infantry command pack has six variants which add some further interest. 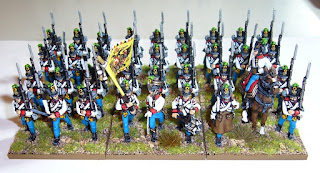 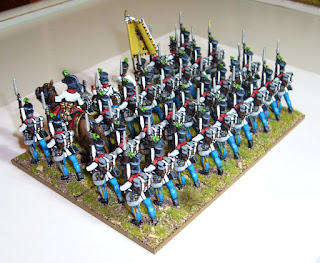 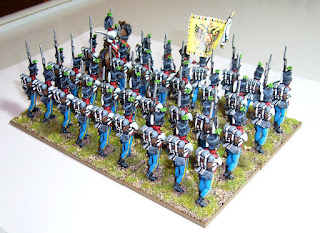 Once again, similar to the Grenz I complained about previously, I did battle with Hungarian trousers! However it went quicker this time. Painting a yellow clover, then with a toothpick dotting in the 3 black circles, and black lining. With fine braiding like this you need to do it in a way that is stylised to look good in 28mm. Thankfully the Perry castings are done with this braid in sharp relief to assist painting. 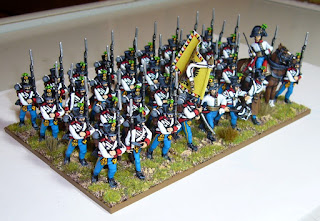 I also used the toothpick black dot technique for the rosette on the shako, and realised I need to go back and do this to hundreds of previous line infantry at some stage.... at least it is a quick and easy to do technique!

And here's the next regiment, with pink facings. 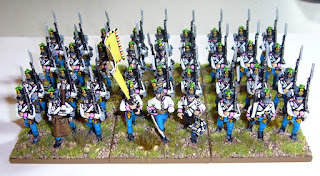 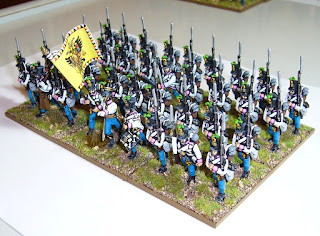 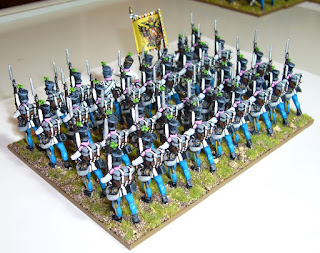 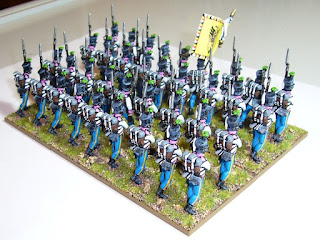 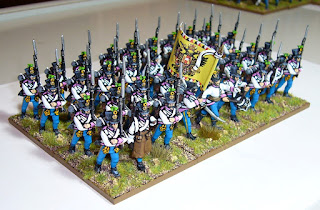 Glad to have this lot done! Some Austrian Jager and Uhlans will be up over the next few days.
Posted by Chasseur at 20:00