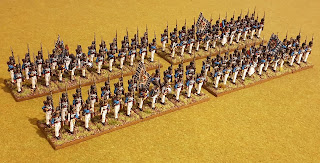 Flags are from Warflag, reduced and I highlighted each blue area with Vallejo Andreas blue to match the colour of the uniforms - quite painstaking! 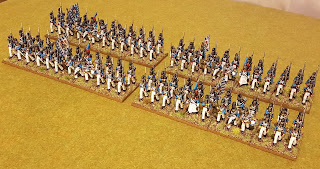 Here's the 6th Regiment, in 1809 era uniform with yellow facings and red piping. 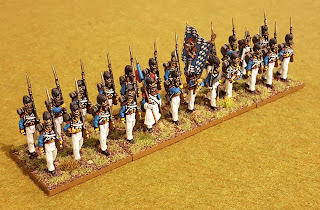 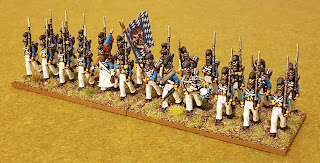 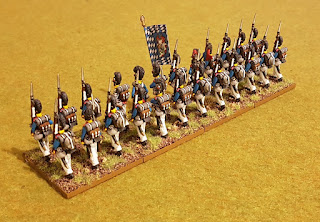 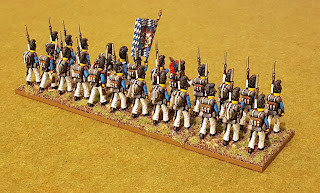 7th Regiment in 1809 uniform with pink facings, and red piping on cuffs. This is regiment to which Franz Hausmann belonged, an officer of this regiment whose letters have been compiled into a book which I detail later in this post. 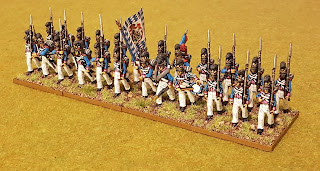 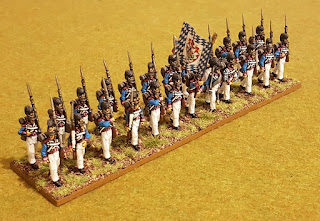 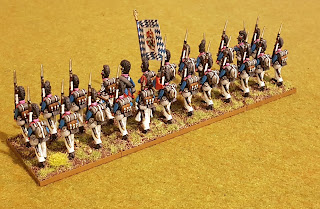 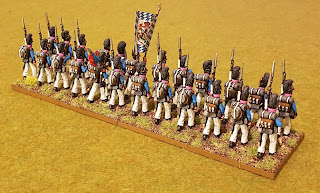 After painting piping on the previous two regiments, I had enough of it and just did the next two regiments with more generic red facings as higher numbered and later regiments had! :) 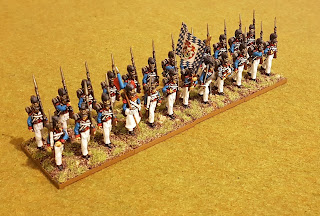 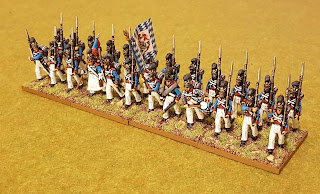 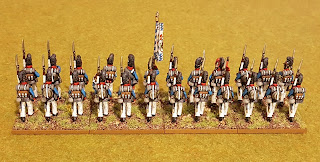 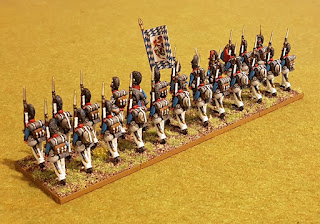 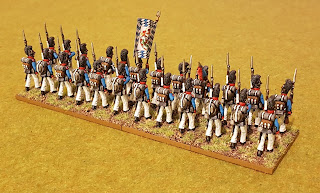 Above I mentioned Franz Hausmann, who was an officer of the Bavarian 7th Regiment. He wrote a series of letters to his father while serving in this regiment, the copies of which were handed down through the family until his great granddaughter spoke to a historian about them in the 1990's. The significance of the find was recognised and the letters together with some historical information and context were published in the following book. I picked up a second hand copy of it earlier in the year. 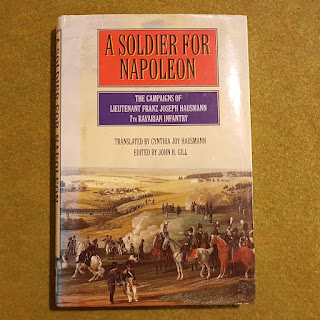 Franz's letters are at first brief notes, but expanded to longer pieces later in the book. They are dominated by details of marches, billets, and food and clothing issues as might be expected of a Napoleonic soldier on campaign. There are also details of various engagements though, and indeed Franz takes part in over 50 actions from outpost skirmishes to full battles during his military career, amazingly managing to survive all of these including the ill-fated Russian campaign! Explanatory sections by the editor provide further context to the these letters. 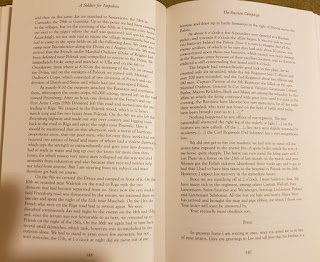 The book has a number of black and white plates, such as the following. 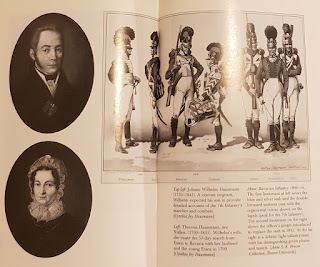 Appendices at the back of the book include orders of battle of the Bavarian Army, and some advisory notes about life that Franz wrote for his own son. 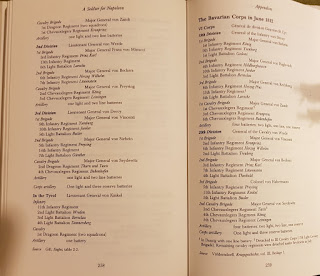 Another interesting observation, is the fondness and pride with which many Bavarian soldiers, including Franz, had for their time serving in The Grande Armee of Napoleon. As this appendisx notes "...the happiest years of my youth". Something that may be very surprising to most modern readers I imagine, who would find the idea of having to serve though the deprivations endured by Napoleonic soldiers rather horrifying! 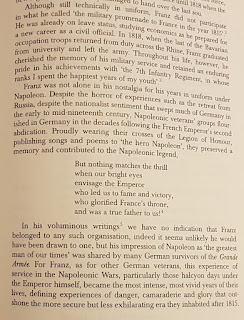 I think this book is currently out of print, but you should be able to pick up copies from various sellers online, e.g. here at the time of this post.
Posted by Chasseur at 14:53