I don't normally post pictures of unpainted figures, but thought I'd make an exception in this case as these figures from Russian company Commissar Miniatures, have just arrived. I know wargamers have some questions about these, like what are they made of and is it safe to order from this company - hence this post! 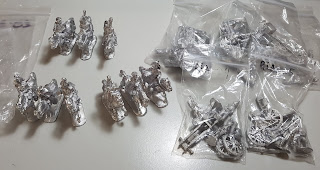 As you can see from this link Commissar Miniatures have 28mm Russian Generals and Russian Horse Artillery (Line, Guard and Cossack including limbers) for sale at the time of this post. They also have British Riflemen, plus they stock a range of other periods.

Given there is often a distinct lack of varied Russian General figures, and horse artillery limbers in particular (e.g. Perry range), these seemed worth trying to get hold of. Especially so after I saw excellent painted examples of these Russian figures on fellow blogger Dmitry Fomin's site.


The first issue I ran into was registering on the site, as there was no option to select 'New Zealand' as a country, but a quick e-mail saw this option added! To be fair this is not an uncommon omission companies make, see helpful map below ;)  I ordered through the system on the website, and this just lets you know you will be sent a paypal invoice once they have checked postage costs. If you have any trouble with the website  I imagine you could just e-mail Nikolay at their e-mail address (info@toyarmies) with a list of what you want and he would get back to you. Indeed, communication was very good and Nikolay replied with several e-mails answering questions and letting me know progress and a tracking number once figures were posted.

Within a couple of days of ordering the parcel was on its long journey from Russia to New Zealand, and it arrived in just under two weeks.  Figures arrived safe and sound and very well packed. 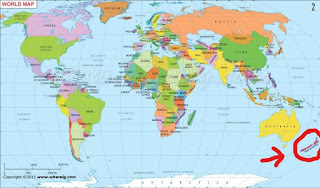 Price will depend upon your currency rate compared to Russian Rouble. This was not wonderful for me here in New Zealand - but then I'm used to favourable rates for the past few years after Britain nuked themselves with Brexit. Price per figure landed was similar to that for companies like Black Hussar in the EU. In any case I was happy to get these unique figures which you can't get anywhere else.


Enough on logistics, what of the figures themselves? As you can see from the pictures below, they are metal figures, and very nicely sculpted. I have not cleaned them up yet, other than removing moulding spikes on the base so they would sit level. Clean up looks on most of them to be less annoying than that involved with Perry Miniatures which is a good thing. More pictures are available via the links to the store website and Dmitry's blog already posted above. 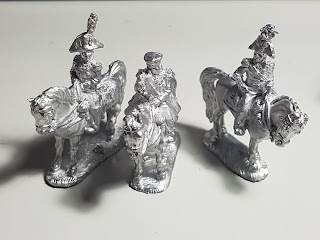 Next pack has these generals 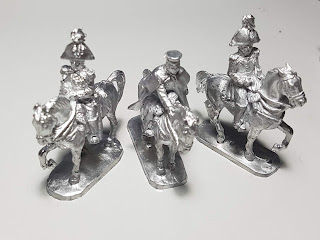 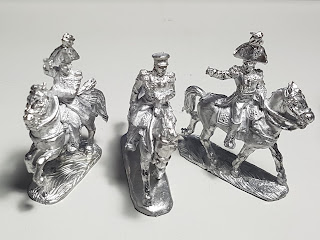 For size comparision, here are three Commissar figures on the left, and three Perry figures (Bavarians) on the right. As I'm sure you'll agree they match perfectly in terms of scale.

I also ordered a couple of horse artillery limbers, which are provided as follows. Unlike the general figures which are one piece castings, the horse and riders are separate castings here. Wheels have small stubs to attach to the limber body, but I will drill and pin with metal rod as I do with Perry limbers and cannon. 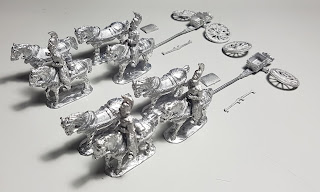 I also bought a couple of Russian Line Horse Artillery. A 1/4 unicorn on the left, and 6 pounder on the right. Two sets of crew, one aiming, one firing. Wheels attach as for comment about limbers above. 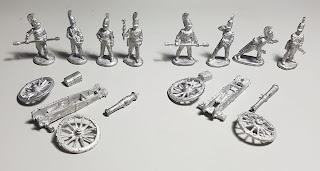 Lastly, a question occurs regarding the metal composition of these figures? When I received the parcel I was suprised how heavy it was given the amount of figures I had ordered. Here in this first picture we see the weight of three Perry Pewter mounted figures - 120 grams. 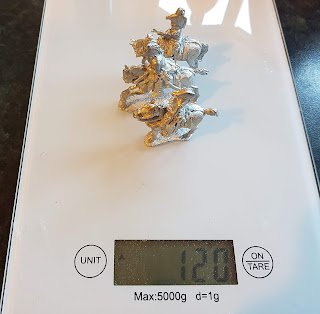 And now three Commissar mounted figures - 187 grams! More than 50% heavier. The bases are more substantial on the Commissar figures, but not by that much. 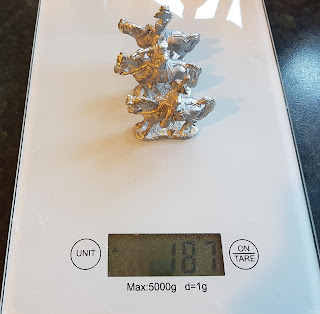 I'm guessing the reason for the extra weight is that these figures have a lead component, (though I may be wrong, as the alloy also seems very hard compared to lead based figures I had years ago). Lead toy soldiers have been banned from being sold in the EU and New Zealand for a couple of decades for health and safety reasons. Mainly because of concern about children chewing on them (lead is toxic) - but provided you don't try and eat them you should be fine! ;) I guess it is advisable to wash your hands after cleaning them up (as you'd probably do after cleaning up any figures anyway) and once they are painted it is not an issue anymore.  It is something to consider from point of view of postage costs though, which will be proportionally more due to weight.

Anyway I hope that is some helpful information for anyone interested in these figures - go forth and order with confidence is my advice. I will be ordering more horse artillery from them in the future.

As to when these Russians will be painted - likely not for some time which was another reason to do this post. I do have substantial piles of Russians and I'm gradually accumulating the various bits and pieces needed, but there's more work on French, Germans and Austrians to do first!
Posted by Chasseur at 11:09