A few dismounted French Dragoons. You get eight of these in each Perry plastic French Dragoons boxset, which I have to say seems an unusual inclusion.  I've sold off most of mine as they rarely fought dismounted. However, for a bit of interest I thought I'd paint up one lot as skirmishers to add variety and colour. Also, in 1813 in particular some Dragoons were dismounted due to a lack of horses, though I'm uncertain they would have entered battle in full mounted kit like this. 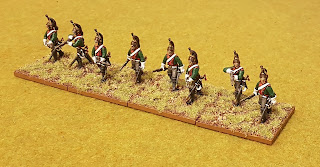 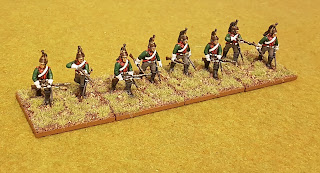 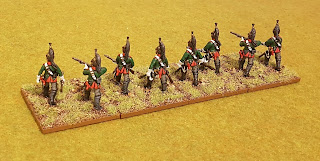 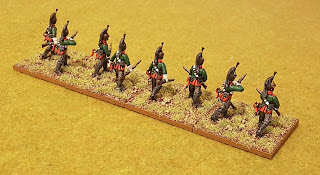 Thanks for looking. Up next up will be a large post with some better photos of my French Guard Cavalry (six units now with a recent addition just finished!).