More work on limbers. Following my first efforts with Austrian Limbers, here's some French line limbers done. Very happy to have these finished! 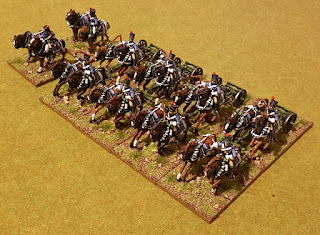 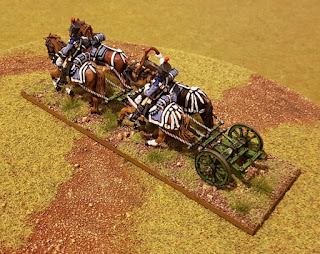 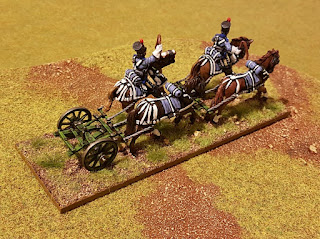 These are Perry Miniatures again. I'm normally full of praise for Perry, but I do have a couple of minor criticisms of these limbers. First, unlike with the newer Austrian limbers, they don't supply the front cross bar assembly, which means you have to scratchbuild one if you want to hook up the traces! I made mine out of cardboard. It's a bit simplifed compared to the reality but it does the job.

If you want to see an expertly done scratchbuild of this crossbar with chain and so on, see this beautiful example by Sadaharu Ichikawa from Japan. He also made his ropes from twisted copper wire, but I had trouble getting this to work and ended up using Gale Force Nine braided rope. There should also be some extra chain hooking the rear horses to the limber pole as I understand it, but this itsn't as noticeable so I left it off for now. (EDIT: And see this TMP discussion thread for more discussion on how these were hooked up). As I said in my previous post, I'll do a tutorial post on limber assembly in a short while.


Secondly, these French Limbers are not available without guns (unlike limbers in the Austrian range), so you end up with spare artillery pieces you might not want. They do sell spare artillery crew so you can crew them up that way I suppose, but it is still a bit annoying. You could also ask for them to be supplied without guns, but it will depend on how their molds are set up I guess.

But other than those two grumbles, they are still very nice models of course. :) 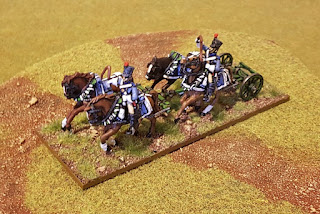 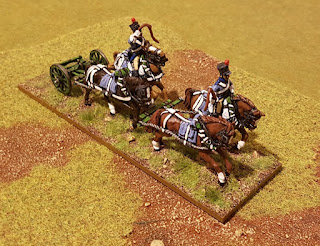 For the distinctive steel grey of the uniforms I used Vallejo Sombre Grey followed by Vallejo Azure Blue. Facings are Vallejo Dark Blue. 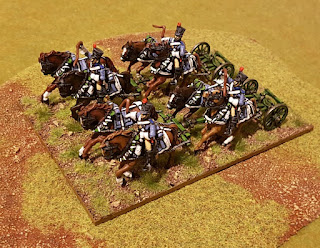 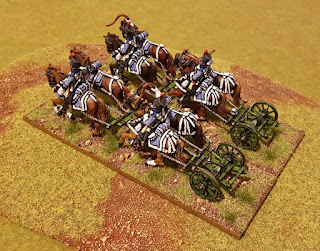 More recently Perry also released this extra pack of French train, designed to hook up to most wagons that they make. I painted up a pack of these while I was doing the limbers. Interestingly, the base for these models is the Austrian limber team models and you can see the similarity if you look closely. 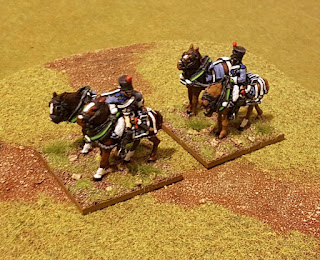 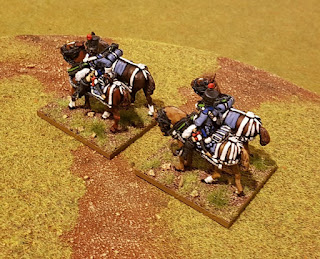 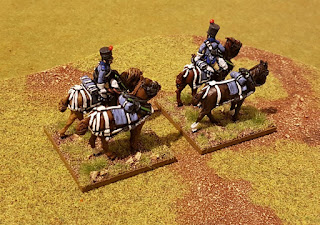 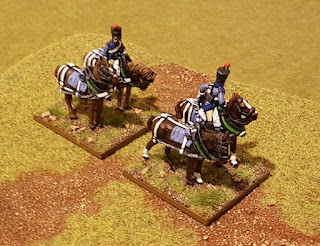 Warbases make some nice and cheap MDF Napoleonic wagons that would go well with these too. 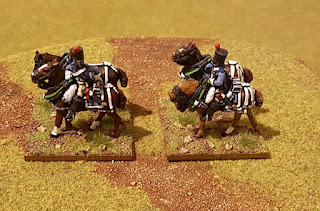 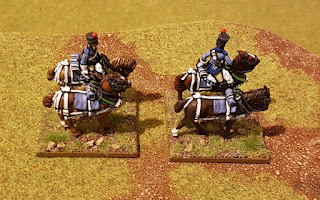 Ok next up will be a couple of French Guard Limbers!
Posted by Chasseur at 22:00