More French Guard, here we have Flanquers of the Young Guard. These existed from 1811-13 I believe, being disbanded thereafter with survivors being distributed to other units. They had a different uniform and I understand that they were originally intended as specialist skirmishers, but they became just another Young Guard formation in practice.

There were two regiments, Flanquer Chasseurs and Flanquer Grenadiers. The Chasseurs were created first. For most or all of their existence, these units did not have short swords, unlike other French Young Guard. Nor did they have epaulettes, so Perry French Light Infantry figures are a good match. Flags are from GMB.

Most senior officers were from the Middle Guard and still wore their blue uniforms, but I preferred the more uniform look of having everyone in green, so more junior officers leading these units. 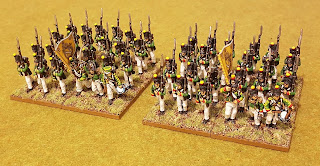 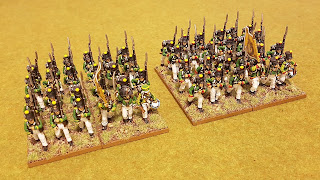 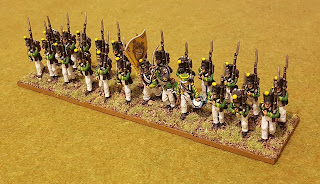 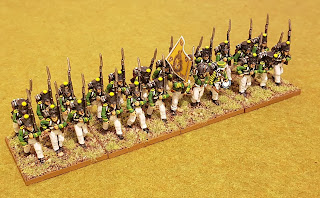 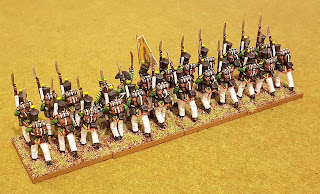 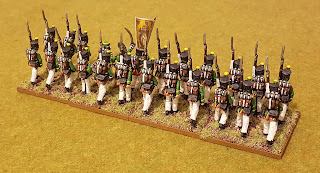 Flanquer Grenadiers have a very similiar uniform, but cuffs and bottom half of pompom are red rather than green. 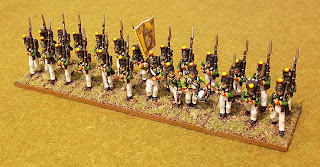 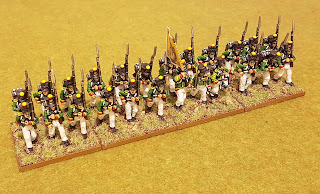 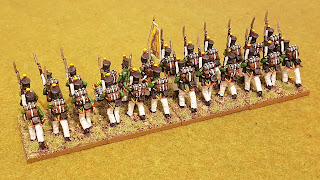 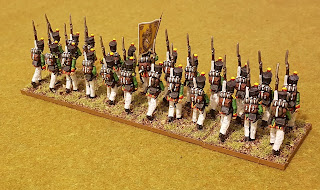 Thanks for looking! I still have two more Young Guard units to do at some point, which will bring the total to eight.
Posted by Chasseur at 18:07