Bit of a break since the last post. It's been a busy time at work, but I've also been working away on some 15mm Arabs and Indians. These are to use for Ancients, Medieval, and Renaissance wargaming, so I've been doing quite a variety to cover this expanse of time. There is is a lot of overlap in troops used across these time periods and nations, so you get a lot of versatility from the models. I'll post some better photos once I've finished the last of them.

Anyway, today they got their first outing as the Funj Empire (on the right in photo below). What the heck is the Funj Empire I hear you ask? A Sultanate in Northern Sudan between the years CE 1504 and 1821. The figures are not entirely accurate for the Funj, but they are not a bad match and no one actually makes Funj Empire figures that I'm aware of (no doubt some astute reader will tell me of a recently released 15mm Funj range...). 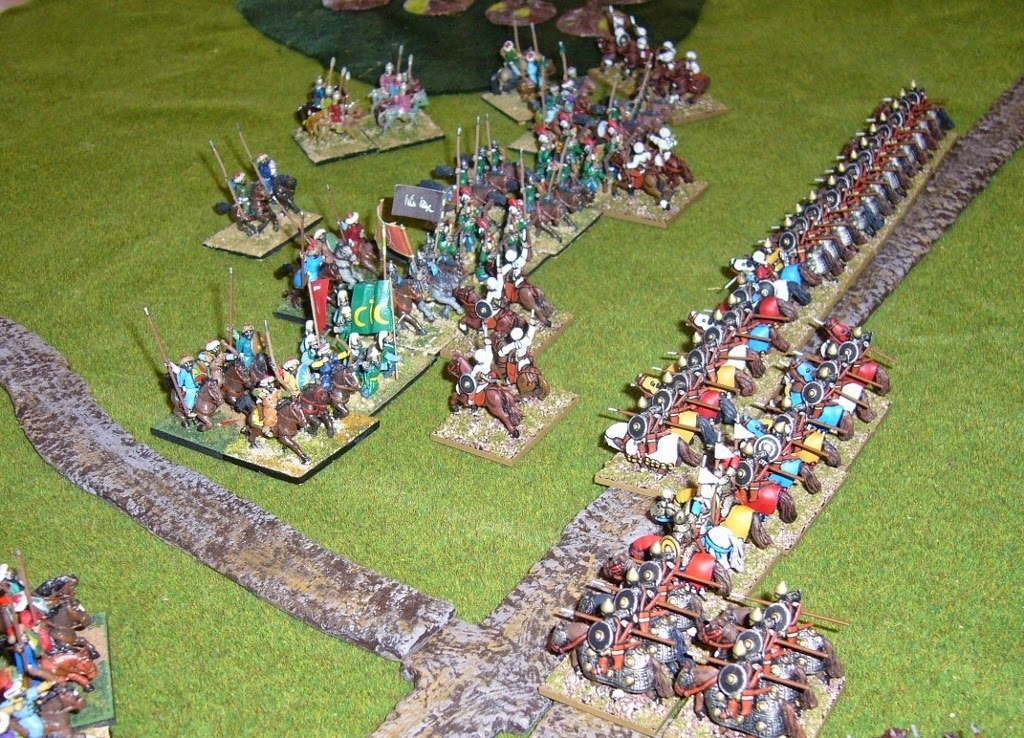 Harquebusiers and Hussars is a biannual rennaissance wargaming event held here in Christchurch New Zealand, using the DBR rules. We had nine players today which was a pretty good turn out. Armies taking the field were:

The prize is the "Captain General's Cup", seen in lower right. It's not given to the winner but to the most notable heroic, or incompetent, or otherwise memorable game event of the tournament. 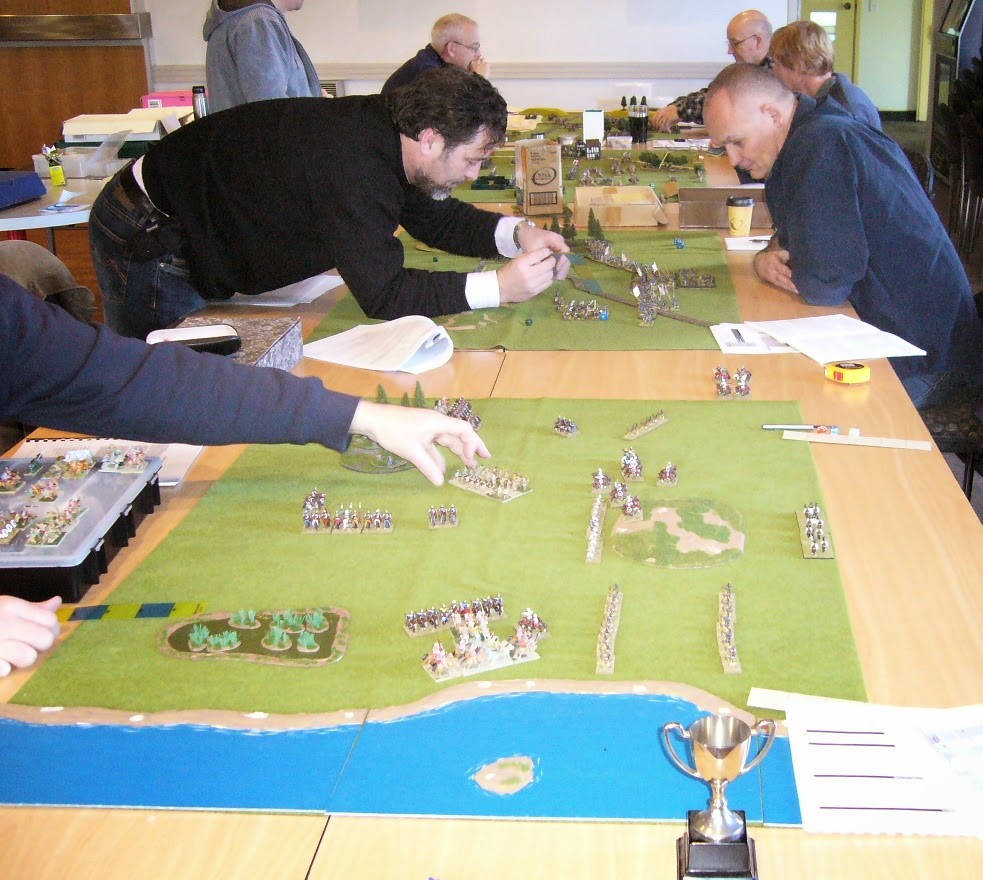 First game I blasted through some Japanese, aiming almost all my heavy cavalry at the centre of his line, and running them down. A bad matchup for the Japs. Over very quickly and I had a couple of hours wandering around looking at other games at the club today as I waited for the other DBR games to finish. 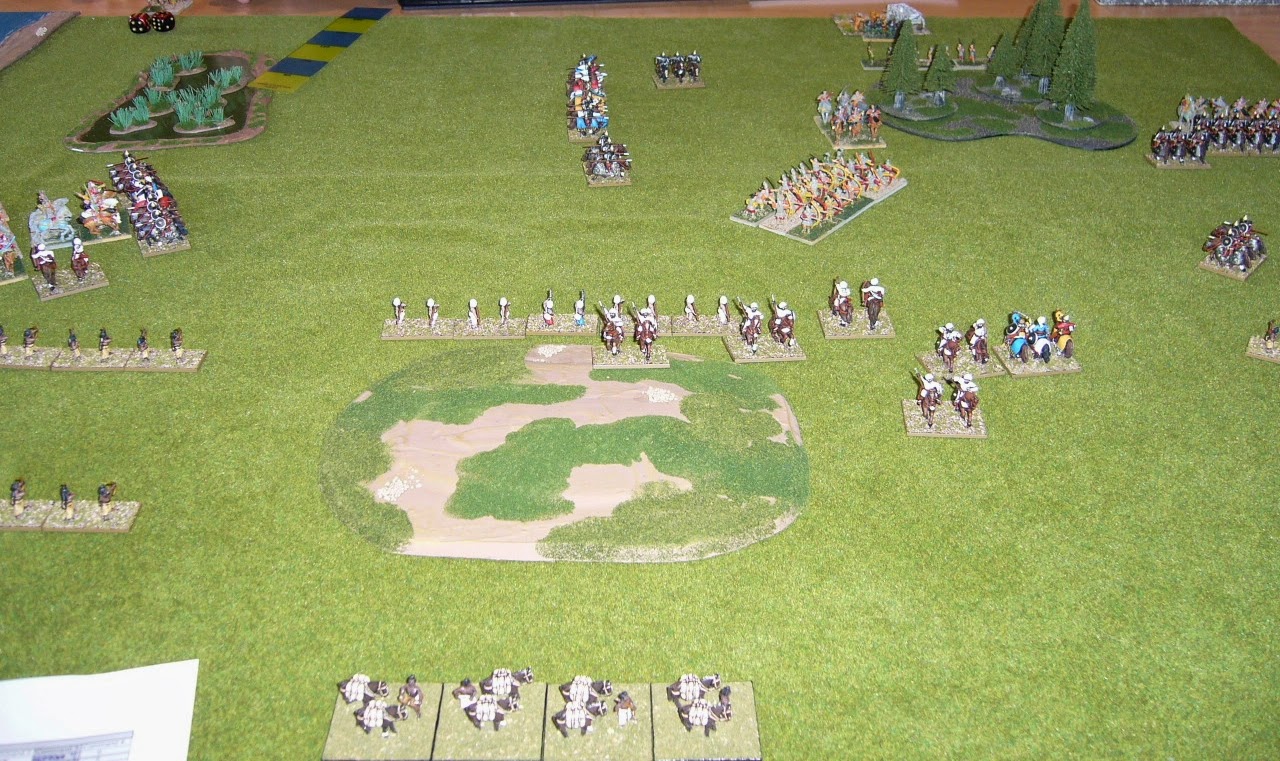 Second game I was facing Ottomans, which was a more challenging matchup. My cavalry outmatched his, but he had a lot of shooting from Jannisaries and some Camel Gunners. My heavy cavalry risked being disordered by all the shooting on the way in and then defeated in detail. Therefore I feinted on my left flank before redirecting and throwing my entire force of heavy cavalry against the forces on my right flank, with some sacrificial light horse leading the way to absorb the fire... 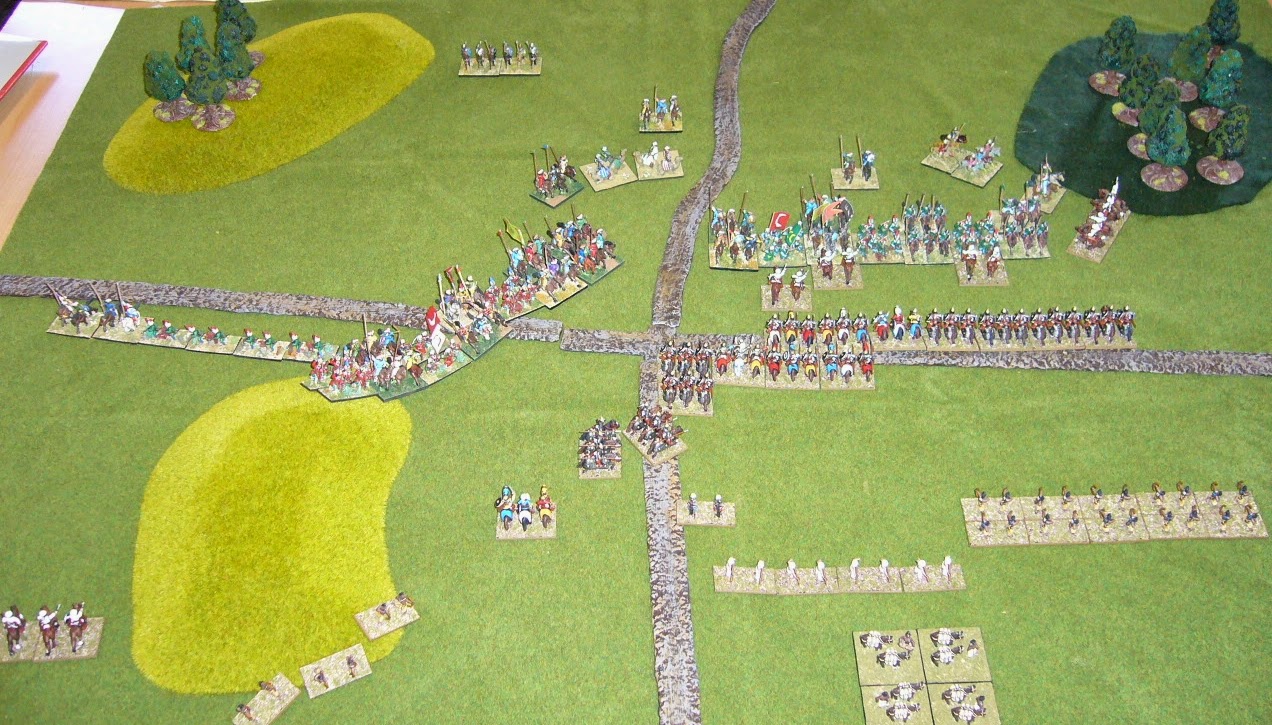 My heavy cavalry hits and big holes are knocked in the Ottoman line. 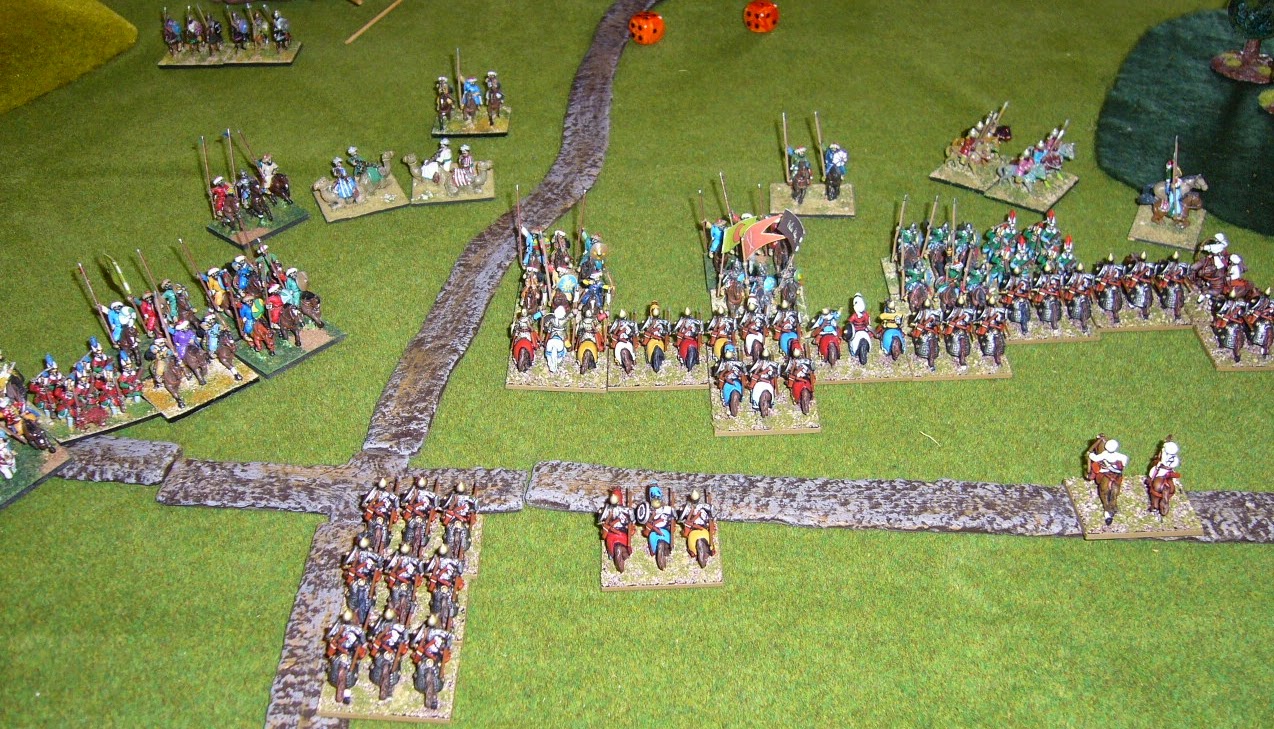 Another turn and the Ottomans are defeated. I lose a couple of heavy cavalry and some light horse. Game is over even quicker than the first! About five turns I think.

Two solid victories for the Funj Empire. Hoorah! Or rather Allahu Ackbar!

Meanwhile it seems the Maoris are giving some English a bloody nose, as they were to do a couple of hundred years later at Gate Pa and a few other places for a time... 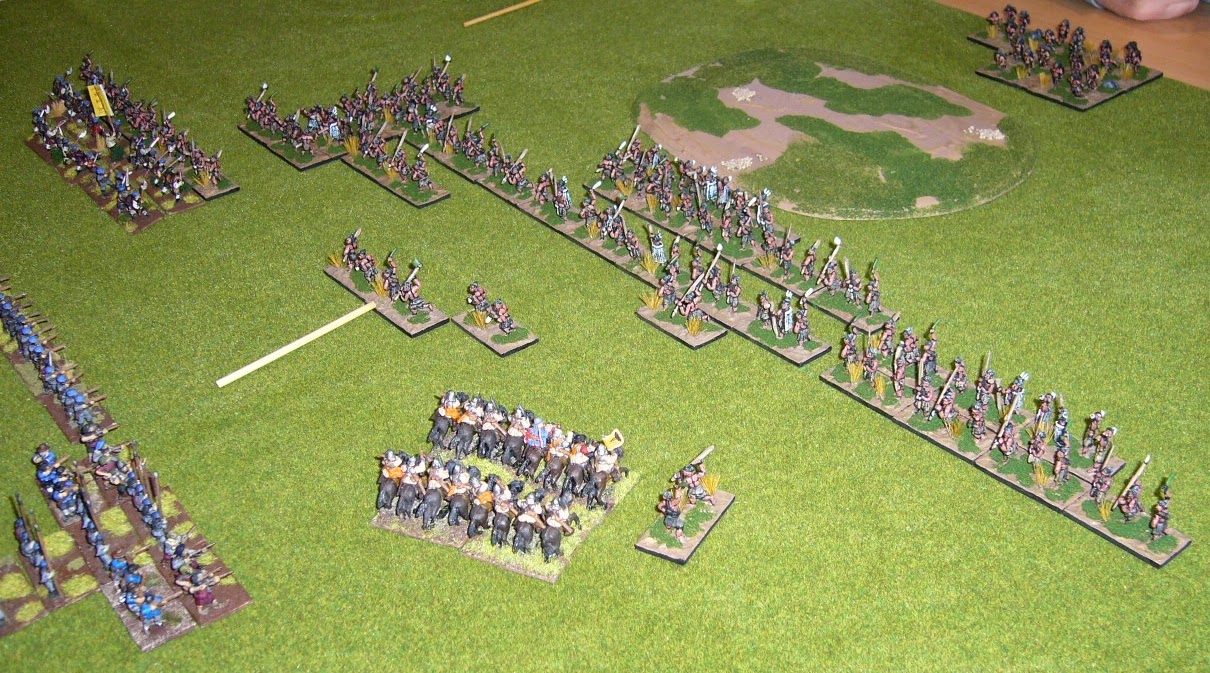 And other European armies continue to plod around slowly. Are they even fighting? Haha. 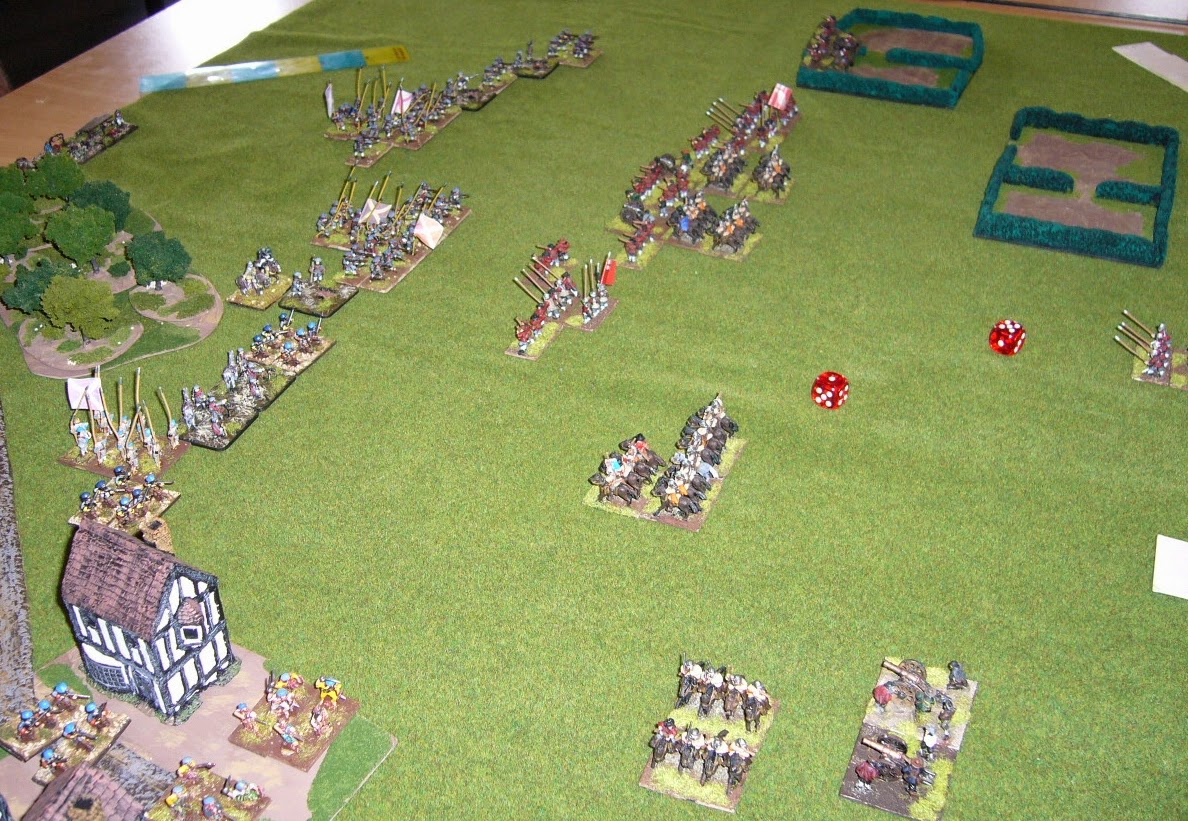 All up a fun day!

Now I need to see if any of the Napoleonic players in Christchurch are planning a big game at the Conquest convention, as I've a hankering to get back to my mountain of 28mm Napoleonics. I've got to rebase and add to my French Infantry and having an upcoming event is a good incentive! The weather will also be warming up so can get outside and use the spray paint again.
Posted by Chasseur at 19:37 5 comments: