Some improved photos of my Grenz, and I've just finished adding a couple more regiments, so 120 figures in total now.


Grenz or Grenzers were border troops from Hungary, serving the Austrian Empire. Good troops with their own irregular fighting style that were somewhat compromised  in effectiveness by having to fight in regular formations. The figures by Perry are nicely done - holding their muskets at all sorts of casual angles rather than in parade drill or march attack. 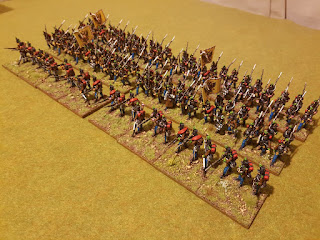 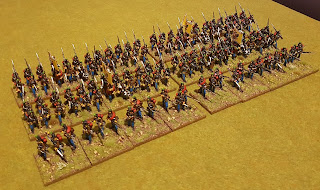 Some close ups of one of the regiments. 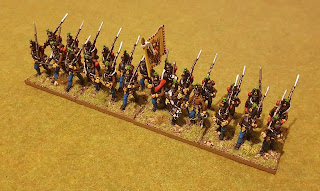 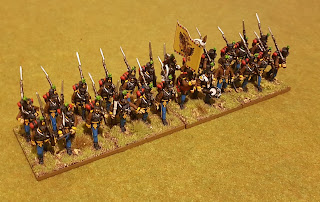 Note that likely only a few of them should have red cloaks, but I had done too many of them before I remembered, and kept going! Most of them having grey cloaks would probably be more historically accurate. I might repaint them at some point, but I actually quite like the red cloaks so I won't be in any hurry to do so! (EDIT - see further helpful commentary and link on this issue of cloak colour in comments section below, by John Edmunson!). 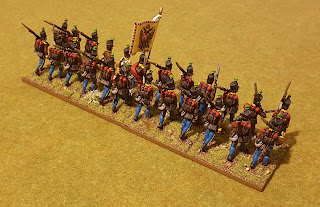 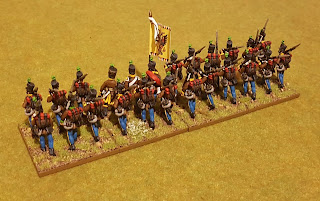 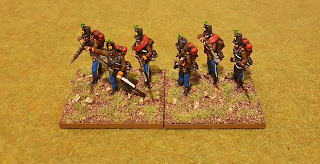 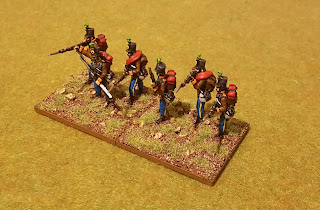 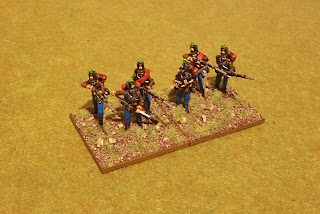 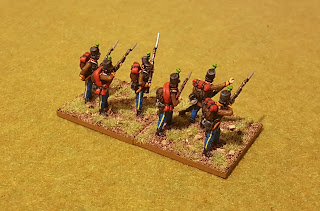 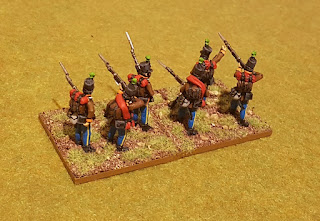 Advice for doing Hungarian trousers (other than "DON'T!"). Paint the trousers blue. Paint the yellow stripes and twists, which will need a white base coat first as yellow doesn't paint over blue very well. Then tidy up with blue around the stripes and twists. Then for the twists - dot in some black dots using end of a toothpick. Use same technique with the toothpick to get the black dot in the centre of the yellow helmet badge.
Posted by Chasseur at 19:20 32 comments: