Out of lockdown and back for some face to face Napoleonic games. Several locals are building new Napoleonic armies, with Matt and Andy managing to get a lot done over the past few months. Matt brought over the first of his Russians and Prussians (1000 points, including a few Brits subbing in for some of his artillery until he gets these ready).  Andy had 500 points of Poles. I added 500 points of my own Poles to Andy's to face off againt Matt's hordes. 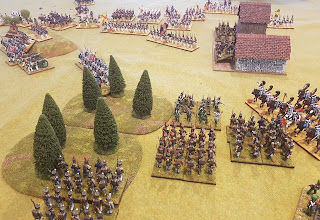 Here's the initial deployment, with my Poles on the left, and Andy's Uhlans behind them, and Andy's infantry on our right.  Encounter battle under 321 Fastplay rules, so half of both side's Brigades start off table in reserve. 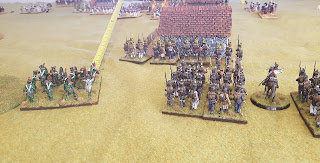 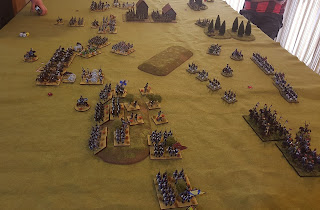 The first of Matt's new Russian army advancing and looking very nice too!

Beginners luck as Andy's Polish Uhlans run down two fresh Prussian units! The first Prussians roll double six and fail to form square in time, and the other Prussians form square but break as the  Uhlans manage to skewer few with their lances. Polish breakthrough is stopped by remaining Prussians forming square. 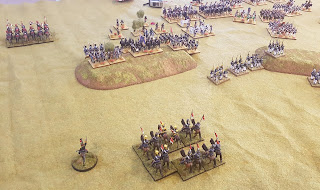 In the centre, Russians storm over the ridge and through the Polish line. 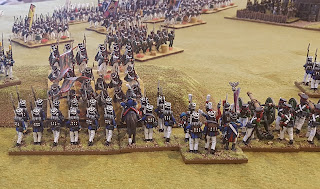 Andy's Polish Infantry holds the hamlet all game, and throws back an attack by Russian Guard Heavy Cavalry. 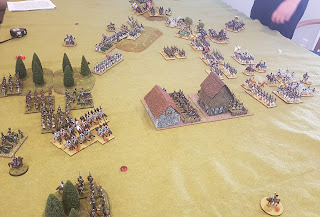 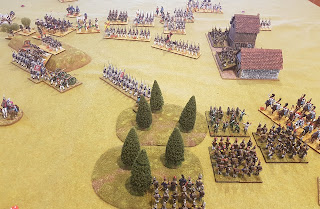 On the left, I am desperately trying to hold our left flank, managing to knock back the first Russian/Prussian attack, by force marching up reserves. 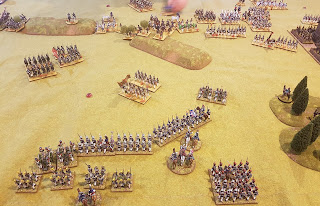 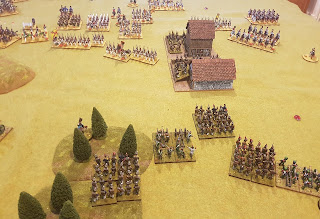 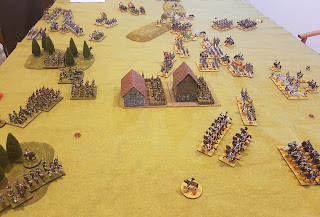 An artillery battery overrun in the centre as Russian Guards are committed. Flanked but it had just blasted canister though two attack columns wrecking them and knocking them off a critical objective, so a fair trade... 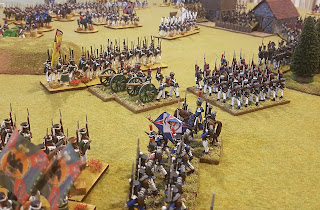 More pressure on the left and I can't recover critical ground in time with my disordered line failing to charge. The battle is lost! Prussians have lost most of a large brigade, and Russians a few units. Polish have lost an entire brigade, plus an Uhlan and infantry regiment. 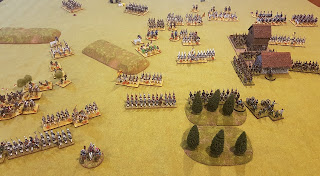 A last volley into the Russians before the Poles retire from the field to fight another day. 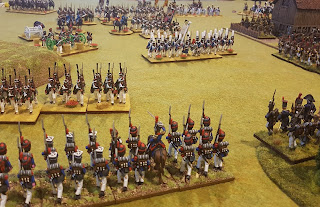 Andy made this helpful annotated picture of how the battle went. 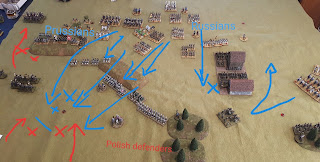 Lastly a pic of Andy's Poles - some great work kitbashing to make some campaign style Poles. Apparently the new GW contrast paints helped him get these done quickly, and they look great as you can see. He has more in process. Looking forward to some historical refights like Razyn, making use of the larger combined Pole force we can now field. 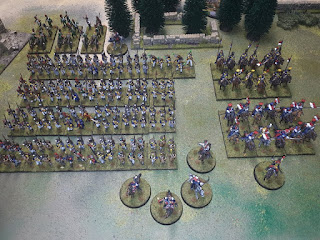 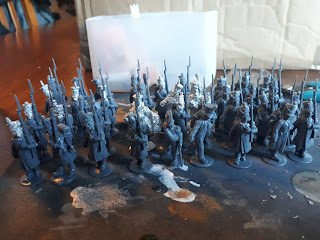