First units painted after the house shift. More Austrian cavalry - Dragoons and Chevaulegers. The Dragoons were battle cavalry often concentrated with the Cuirassiers (who look very similar but they also have breast plates). The Chevaulegers tended to be used as light cavalry like the Hussars, so took a greater role in scouting and reconnaissance, in addition to battlefield use. 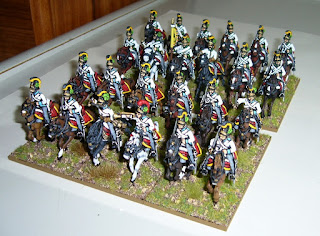 Which are which you might well be wondering? This is what I wondered too when I got the packs from Perry Miniatures, as they are very similar. In fact the riders are identical other than the command figures! The major difference is the horses, the Chevaulegers have smaller horses than the Dragoons, though this is not really noticeable from a distance. Also the Dragoons come with a standard bearer, and the Chevaulegers do not.

Why do the Dragoons and Chevaulegers both look so similar if they have different roles? There is a vastly confusing history of uniform changes and reorgnisation for Austrian Dragoons and Chevaulegers, see Peter's excellent Blunders on the Danube blog for more detail of this! It also seems to be common practice for wargamers to paint their Dragoons in white, and Chevaulegers in green so as to be able to tell the difference more easily.  I was going to do this too, but then decided to paint both regiments in white. Why? Well I liked the light blue facings of the Klenau Chevaulegers for one thing. And the other reason was so that it is less of a stretch to use BOTH regiments as either Dragoons or Chevaulegers if required if they are all in white!


So after that overly long explanation, here are some pics, first up Regiment #5 Ferdinand Dragoons with dark green facings. 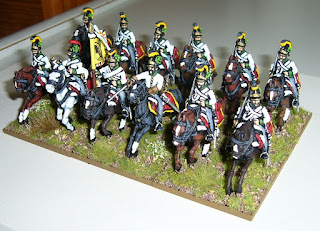 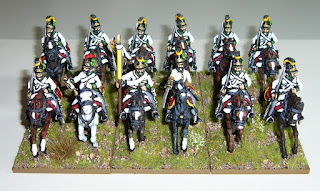 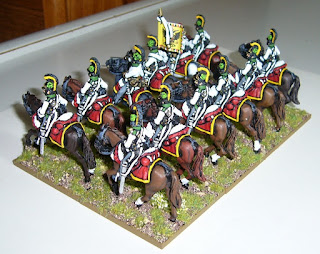 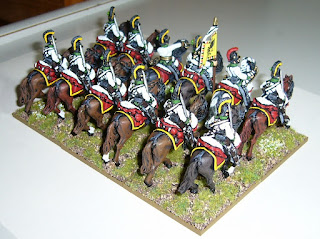 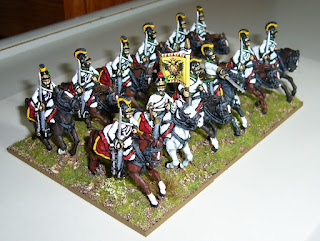 And here is Regiment #5 Klenau Chevaulegers with light blue facings. 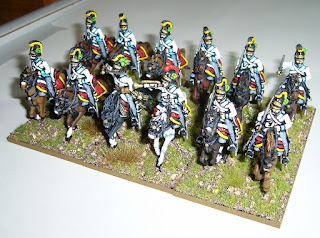 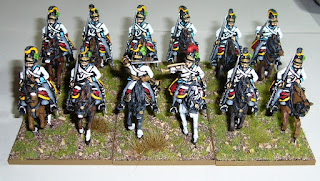 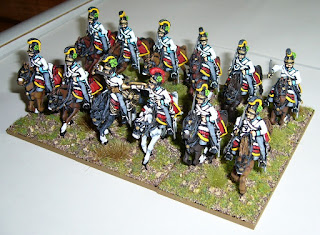 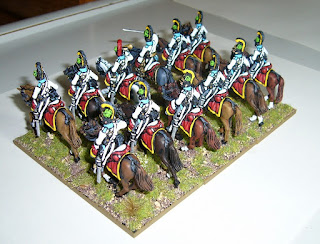 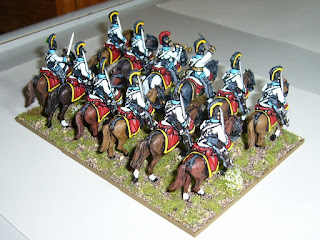 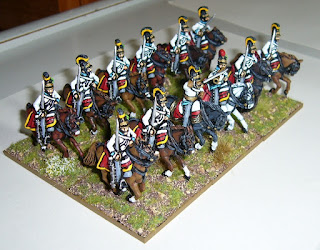 Lastly, here's a picture showing the difference in horse sizes with the two horses in similar poses closest to the camera making this obvious. Smaller Chevauleger horses to the left, larger Dragoon horses to the right. 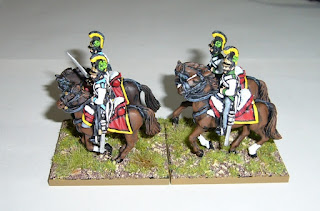