Many of you will already be familiar with Jonathan's excellent blog 'Palouse Wargaming Journal' covering Napoleonic and many more periods besides! I've particularly enjoyed his early Napoleonic projects, as these are not as commonly seen as the later periods, and there are some interesting uniform differences too.  Jonathan has also been a frequent commentator on my own blog which is much appreciated.

To celebrate the sixth anniversary of his blog, he is having a giveaway, see here for full details!
http://palousewargamingjournal.blogspot.com/2018/09/six-years-past.html 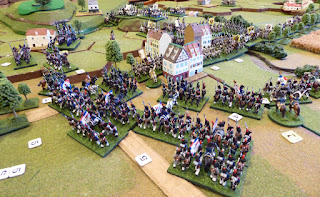 Hungarian Grenadiers painted up, adding to the Austrian Reserve Korp.  42 of them. Same stylised knots as for other Hungarian trouser wearers, done as described in the previous Grenzers post.

Should probably have given the officer white gloves... 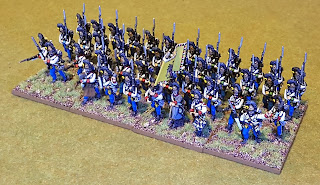 As with the Hungarian Line infantry, there is only one pose of March attack, though it has six very slightly different head variants! 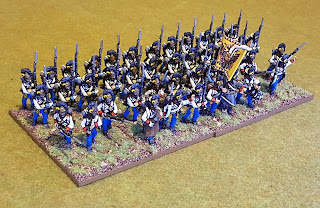 Like my German Grenadier regiments (here and here) I went with the later look of uniform yellow facings on the bearskin bags (which I understand they switched too), rather than bags in regimental facing colours. 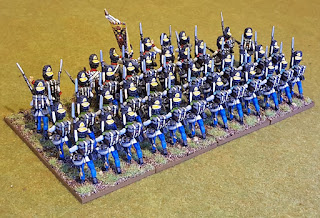 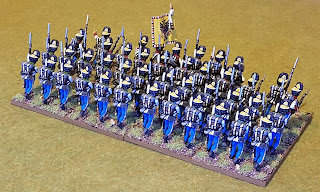 Perry make a pack of Hungarian Grenadiers in attacking pose, so I added a couple of bases of these just for variety. The second figure from left is actually from the command pack, with the remaining attacking figure being in the rear rank of one of the other bases.  (Note: Pics below don't have the extra lighting used for figures above, will try and replace pics when I have time). 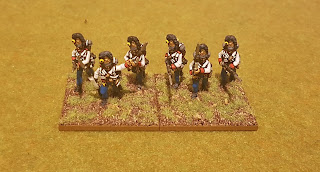 The 50mm square base allows protection of the forward projecting bayonets if they are placed towards the rear of the base! 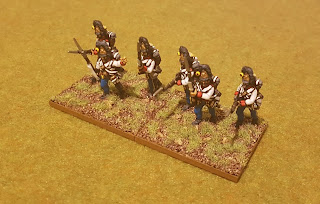 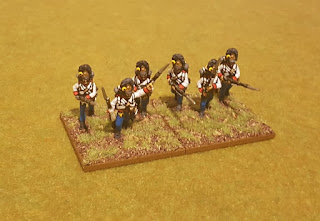 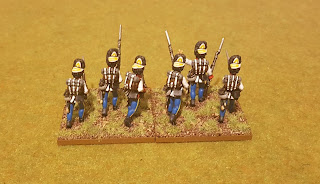 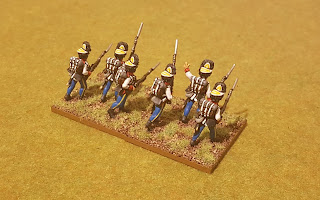 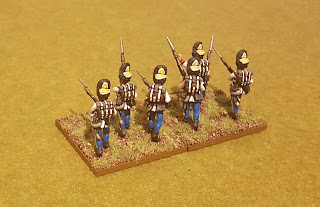 Thanks for looking! Currently painting up more Hungarian Line, rebasing Generals, and cleaning up Hussars.
Posted by Chasseur at 18:00 30 comments: