Back on the table after a bit of a break with some French Divisions coming up against a few  Russian/Prussian. Had a historical 1813 refight planned for yesterday too, but postponed due to mate's secretary coming down with Covid unfortunately. Good to get some Napoleonics on the table again today though :) 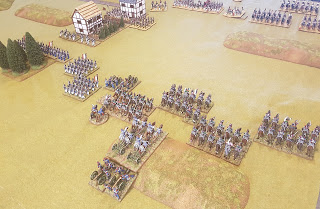 French columns storming the hamlets on their right. 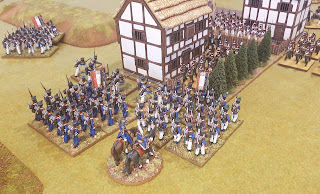 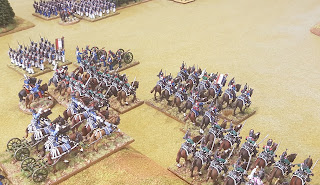 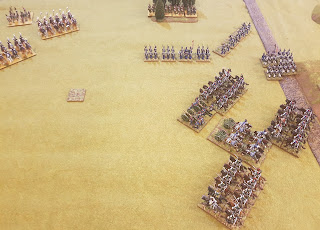 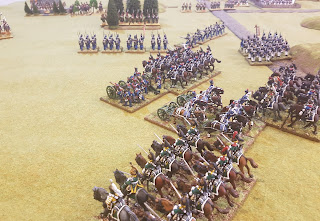 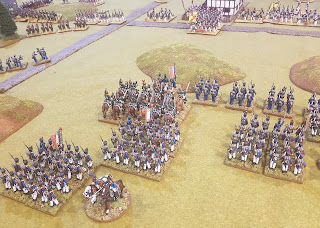 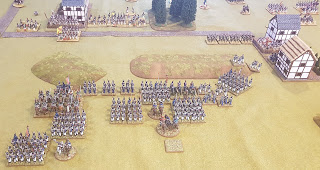 French heavy cavalry and horse artillery on their left flank. 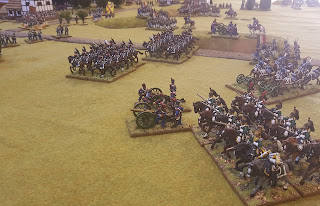 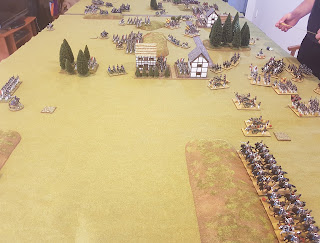 French storm and capture the built up area on their right with only light losses. 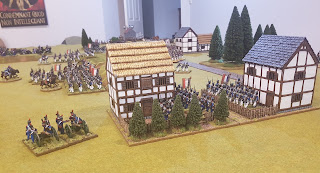 French columns making good use of the hilly terrain to shelter from Russian artillery.

French Cuirassiers overrun a Russian battery at some cost, but are counterattacked and routed by Russian Hussars.

The Russian Hussars pursue into a disordered French column which fails to form square, but gets lucky and blows them out of their saddles. 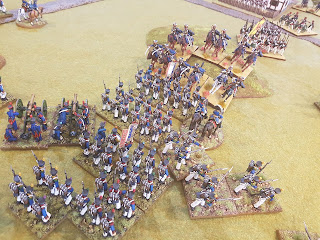 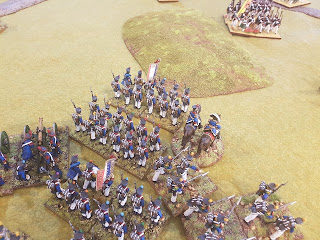 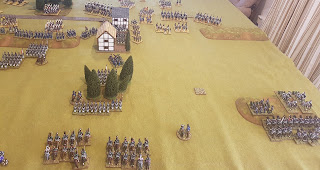 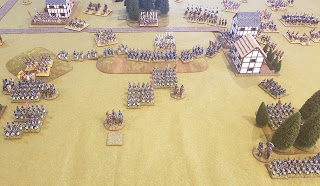 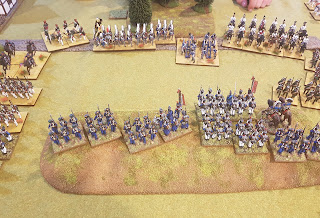 Prussian Guard Cuirassiers break through the Fremnch line and sabre a battery. 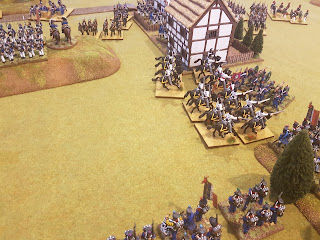 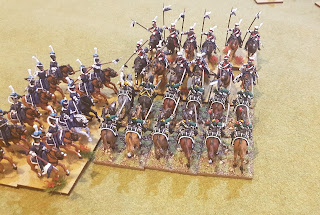 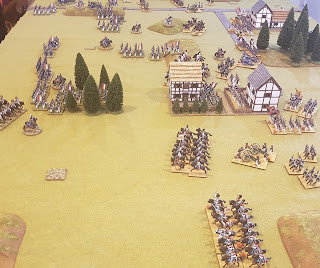 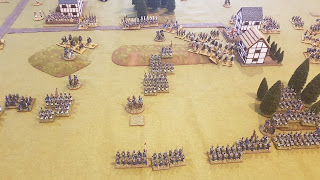 End of the game, Russians/Prussians have destroyed 12 units to break the French Army, and take an objective, for the loss of 8 units. 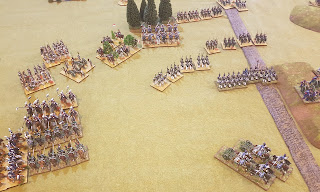