Here's a heads up that Jonathan from the Palouse Wargaming Journal is having a giveaway draw to celebrate 5 years of blogging. See the link for details. Very generous of him and his prolific blog is well worth visiting with many lovely painted Napoleonics, Ancients, battlereports and much more besides! 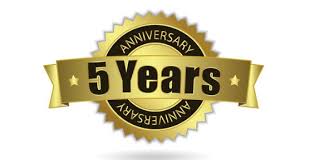 Meanwhile I plod onwards through hundreds of Austrian infantry, getting closer to completion on the first lot now, phew! 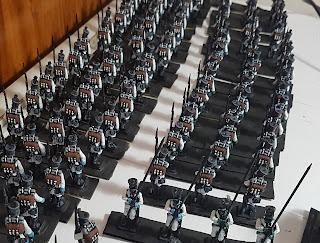 My Austrians haven't been keeping pace with expansions to the Grande Armee, so it's time to rectify that disparity. 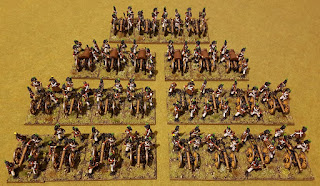 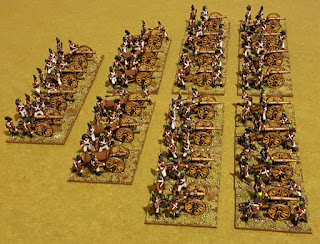 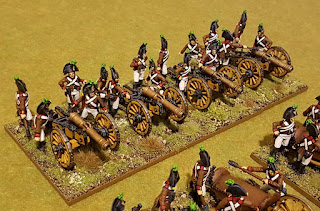 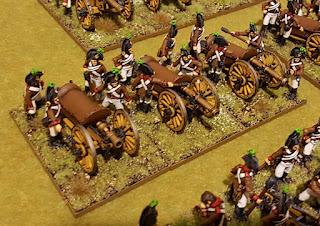 Four of the sixteen line artillery. There's fourteen 6 pounders and two 7 inch howitzers. Crew are mostly Perry but a Front Rank Officer in each battery too. 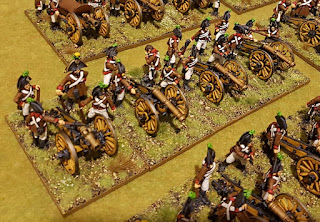 500 more Austrian Line are also planned. Going with Victrix for these as there's a bit more variety  to keep things interesting and also options to make some skirmishers. 7 boxes worth! I've just finished assembling and spray undercoating the first 150 figures (almost 3 boxes worth)... 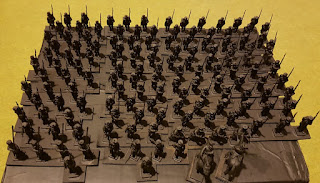