Guard Lancers, 1st and 2nd Regiments. The famous Polish and Red Lancers. These are Perry figures and are in full dress uniform unlike their other Guard Cavalry for some reason. They also make them in campaign uniform but I much prefer full dress, especially for these Lancers. Both the Polish and Red Lancers use the same figures, but the colours of the uniforms are quite different.The lances themselves have been replaced with steel ones from North Star, and lance pennants are from Adolfo Ramos. 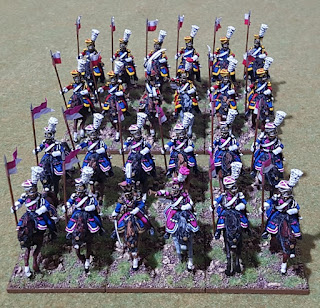 A decision to be made with the Polish Lancers is how to do the "Polish Crimson". This is another of those Napoleonic colours that is the subject of much debate (like Aurore for my last regiments of French Guard Cavalry). I didn't debate this colour as much though, deciding to go for quite a pinkish hue with the highlights over a deep red, to clearly contrast it with the red of the Red Lancers. Similar to the picture below. 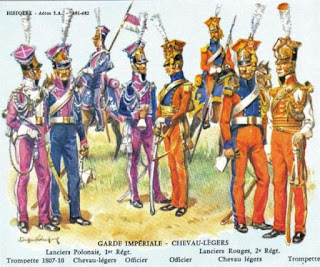 Here's the 1st Regiment, the Polish Lancers. A lot of detail in these uniforms, especially the Czapka! The Perry figures come with a wounded General Colbert of the Red Lancers, so I replaced him with a Murawski officer figure for these Polish Lancers. 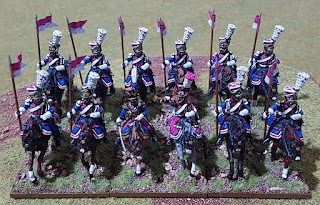 This regiment is special to me for another reason. It was the first regiment Napoleonic regiment I ever painted, in 1/72nd scale many years ago (and since sold). Good to have them back again! 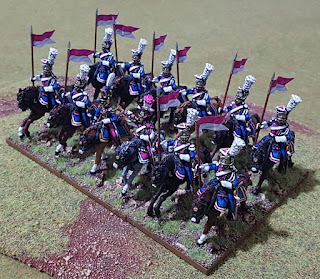 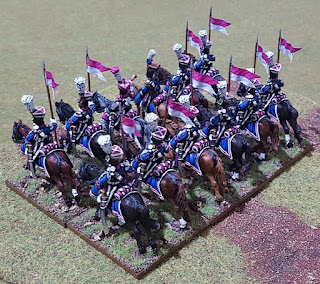 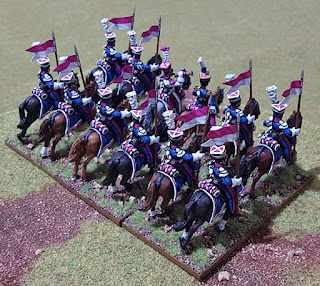 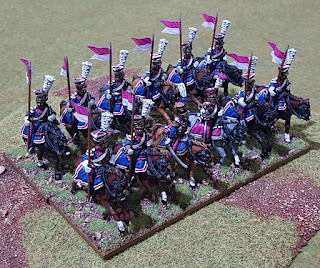 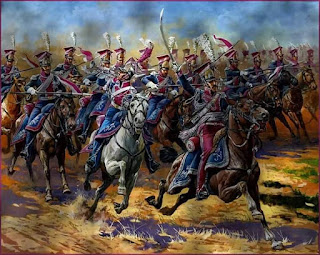 Here's the 2nd Regiment, the Red Lancers, also nicknamed 'écrevisses' or the 'crayfish' due to their red uniforms. The Dutch Royal Guard Hussars were converted to this regiment in 1810, after the Kingdom of Holland was annexed by Napoleon. 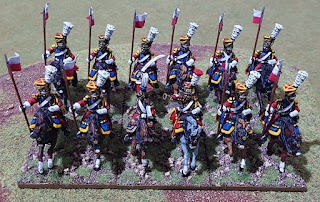 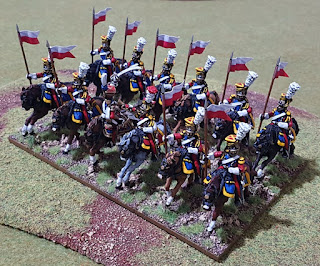 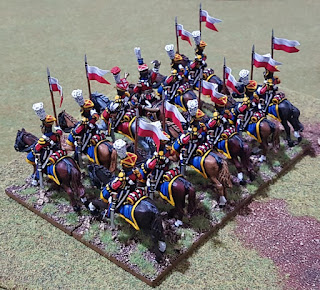 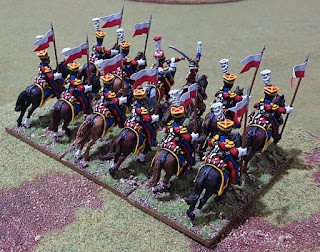 They are led by Colonel Colbert, who has his arm in a sling as at Waterloo. Though given his extensive history of wounds it seems pretty fitting to have him depicted wounded anyway! He was shot in the arm in the Egyptian campaign in 1798, wounded in the thigh at Austerlitz in 1805, and shot in the head at Wagram in 1809. He was shot again in the arm at Quatre Bras in 1815, but still led his troops with his arm in a sling at Waterloo two days later. Interesting history worth commemorating, though I wish Perry would make him as a separate personality rather than being in each command pack for the Lancers! 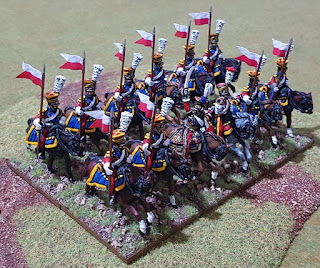 Alright thanks for looking! Not sure what will be next, but Polish, Baden or French are likely. Maybe even Italians, we'll see!
Posted by Chasseur at 18:26 26 comments: