As I've previously mentioned, my partner is German and a native of Leipzig (or Markkleeberg to be precise), and her mother has just sent us this new novel about the 1813 campaign. It was written to commemorate the 200th anniversary of the Battle of Nations. Unfortunately it is only available in German as far as I am aware. My partner has promised to tell me anything she thinks I might be interested in, but I really hope an English translation will be made! You can read more about it and the author Sabine Ebert at her website, using google translate if you don't read German. 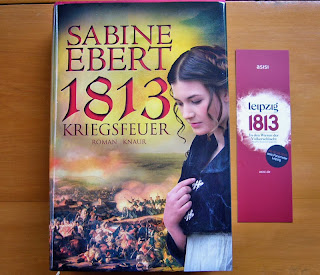 Even if I can't read the novel, I can still understand the interesting maps it comes with, as I'm sure learned readers of this blog will also! Here's the map from the inside front cover... 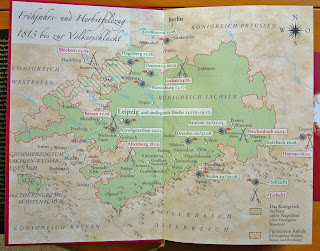 ...and here's the map from the inside back cover. Nice huh! 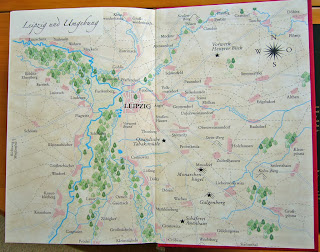 The dust jacket has this period painting on one side...

...and opens out into this map of Europe in the time of Napoleon, with significant battles indicated: 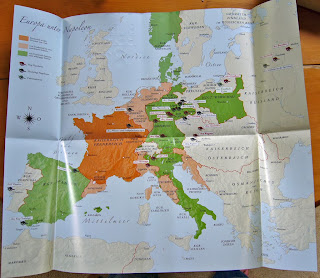 With all those maps provided, I REALLY wish I could read this! I should have paid more attention in German classes at school!


One of the problems of being in an English language country is that there are thousands of books about Waterloo and very few about the more interesting (in my opinion) earlier continental campaigns. I've just picked up a copy of David Chandlers "Campaigns of Napoleon" so that will have to do in the meantime.