First four regiments of Austrian German Infantry done! Two 24 strong and two 36 strong. Would have been done last weekend but I was away on holiday instead. Here's a closeup look at one of the 36 strong regiments from various angles. 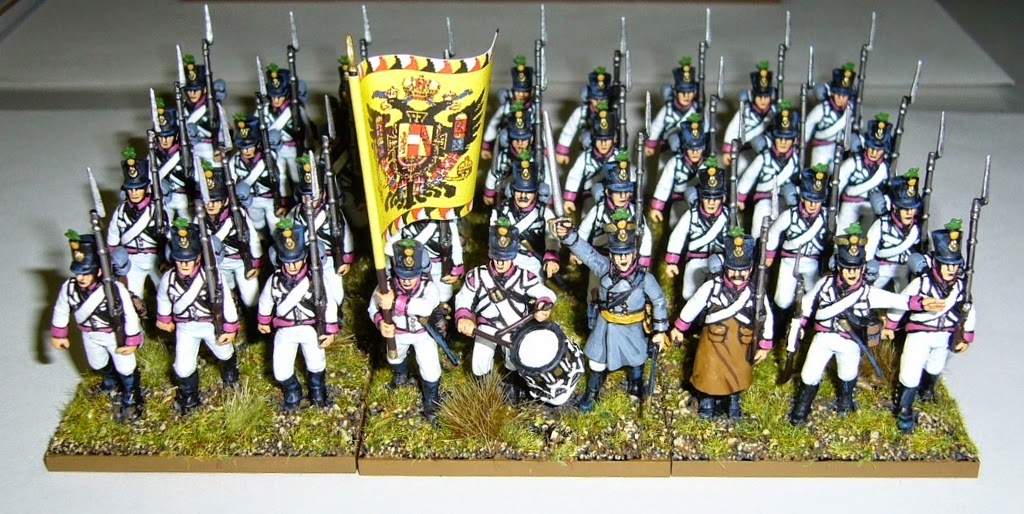 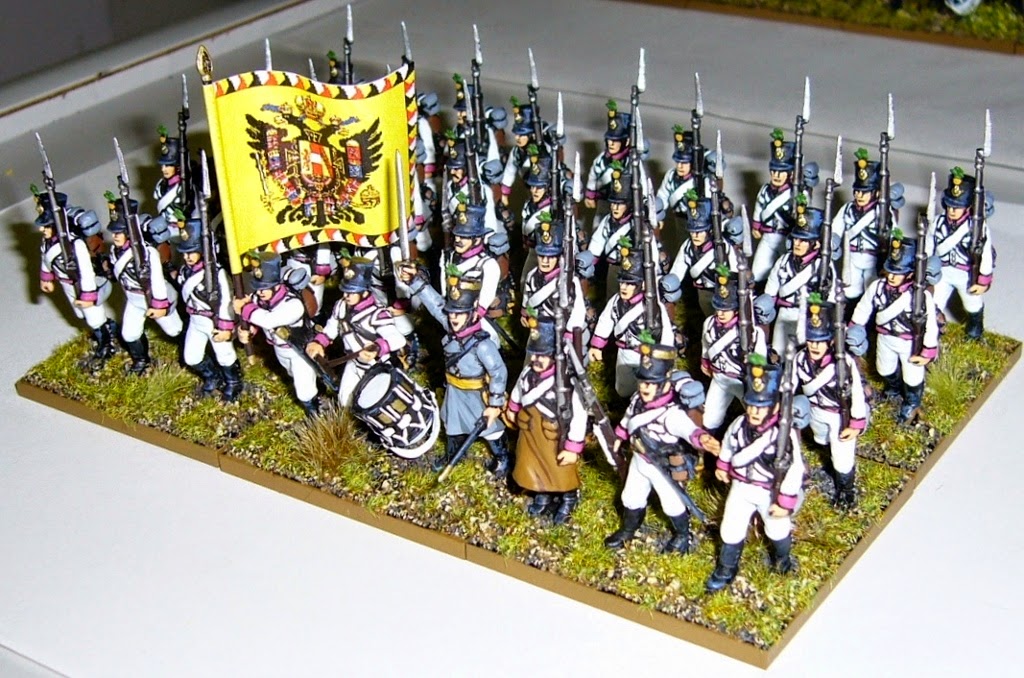 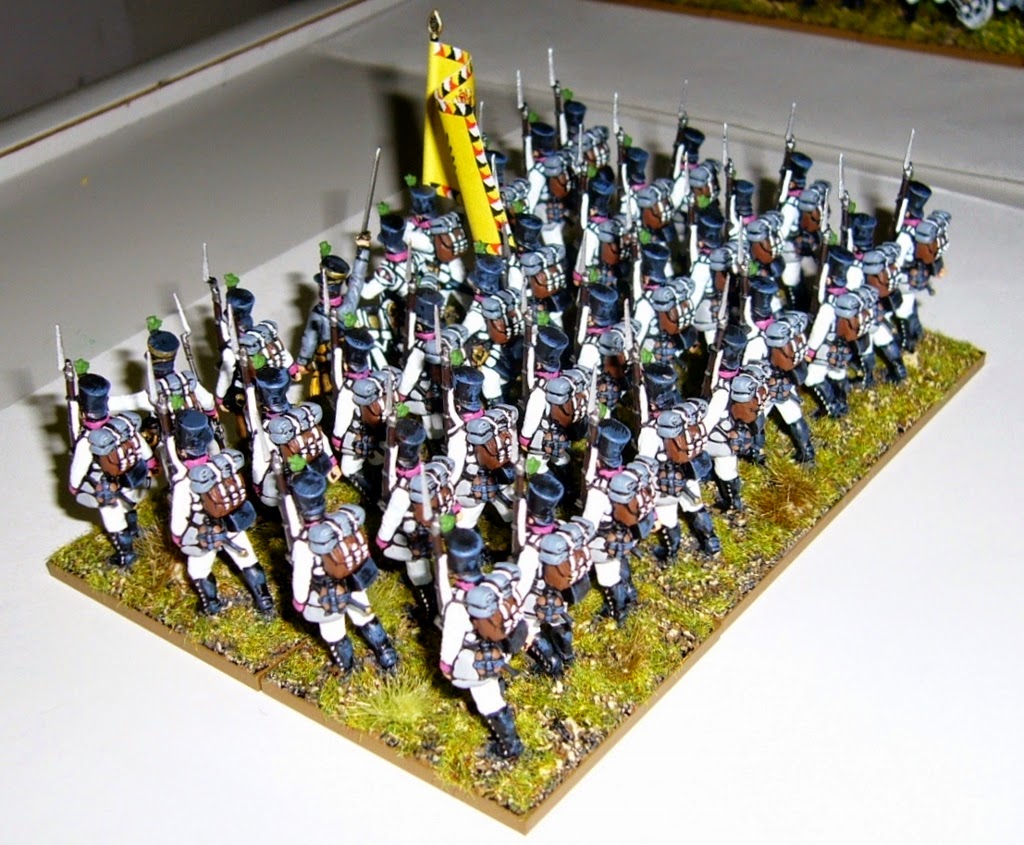 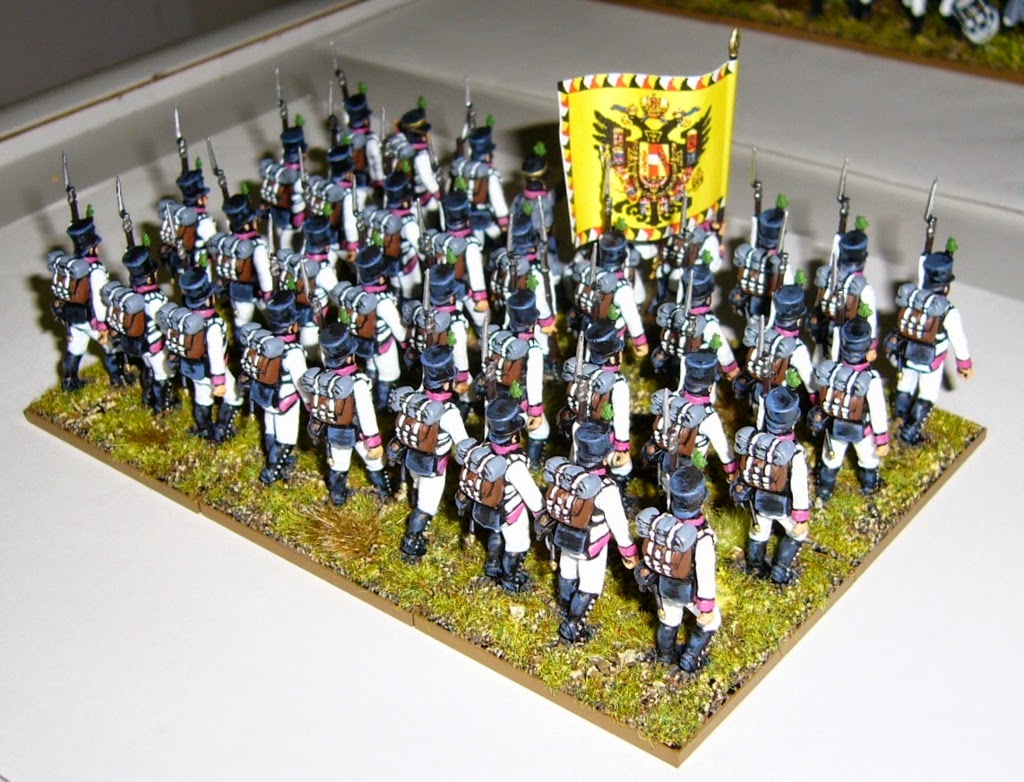 There is actually a light grey in the creases on the white, but doesn't show in the photos very well! In the end I skipped the spirals on the standard poles as my experiments showed me that to do them to a quality I was happy with would take far too long when I'm looking at doing maybe twenty or so! It also didn't add much visual impact en masse either which is my bottom line. Historically I understand some were left blank anyway due to logistics issues, but I expect this sounds like bit of a wargamer cop-out (which it is!), and most of them probably had the spirals. There's actually little of the standard pole left showing on these figures once I stick the flag on. I'm not entirely convinced by these flags either, which are just downloaded from Warflag, I might replace them in the future with something of better quality and perhaps a little smaller in the future - but they will do for now! All flags are the yellow Ordinarfahne, but as I might want to use these regiments as 24's I'm also going to add a few more command bases with the white Leibfahne. 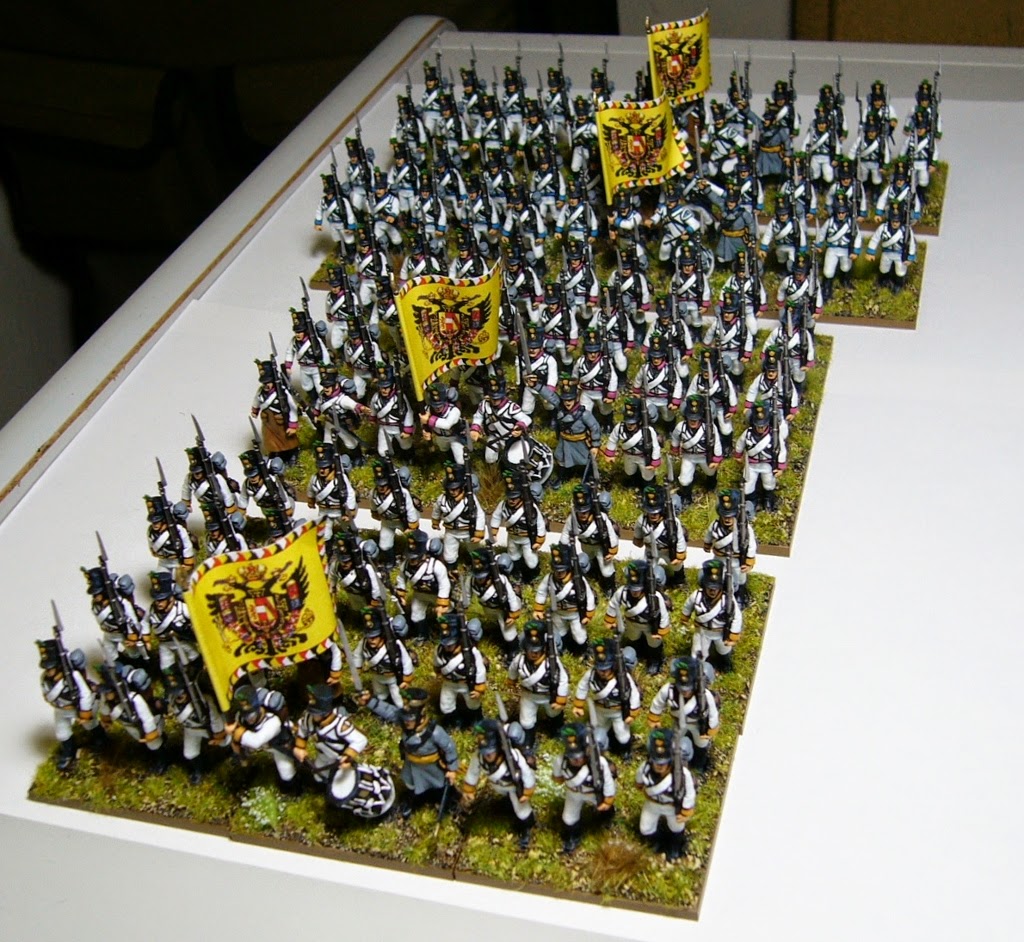 Another four regiments to go and that will be the Austrian 'German' regiments finished. The 24 command figures of the next four regiments are already done which leaves another 120 infantry to paint. This is a lot to do in one hit yet again, and probably too much, but it's satisfying to get a big batch like this finished!
Posted by Chasseur at 12:19