I've been doing some more intensive work on Napoleonics, and will have more ready to post soon (actually they are ready now, but they are entered into the Analogue Hobbies challenge and need to be posted there first!). As a bit of interest for now, I've also made a start on my Napoleonic Civilians. Beginning with this Cantineire figure from Westfalia Miniatures. Cantineires were not exactly civilians of course, but rather auxilairies to French combat units working to supply them with drink and food, and also helping to nurse the wounded. Quite a few were killed or injured on the battlefield in these roles as a result. If things got desperate they would sometimes fight too, as this lady is getting ready to do loading her musket. There's some great information about Cantinieres at www.cantinieres.com. 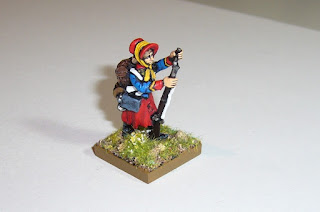 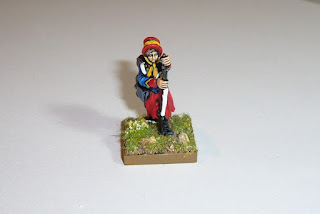 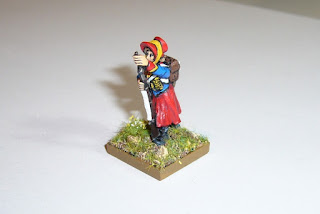 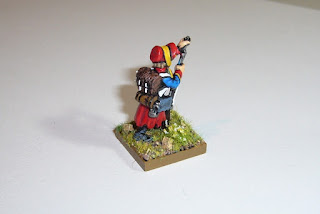 This Westfalia figure is wearing a military jacket, which she may have picked up or made somehow, as early Cantineirie of the First Empire did not have official uniforms. Typical clothing would probably be more like the following pictures. Over time military uniforms in schemes complementing the unit they were attached to became standard though, typically including a braided Pelisse jacket, and large hat to protect from the sun. 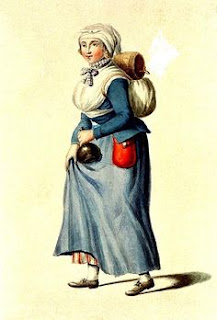 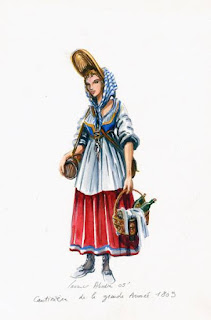 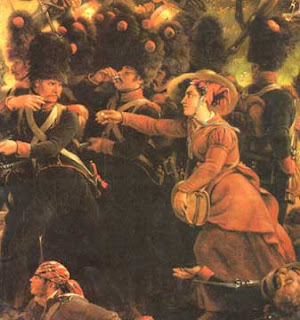 Here she is next to a Perry Voltigeur. Theoretically Cantinieres had to be the wife of a man in unit they were attached to, though actual enforcement of this varied. L'armour required no such formalities with many French post revolution I'm sure! 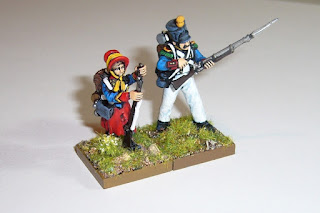 I've picked up some more Westfalia figures, including the Prussian beer cart (sorry water cart), and Russian General's carriage. Great models, though still some more work to do on my Austrians and French before I start on Prussians and Russians.
Posted by Chasseur at 11:52