The French have arrived! Continuing setup of the Caldiero game from yesterday's Austrian deployment. 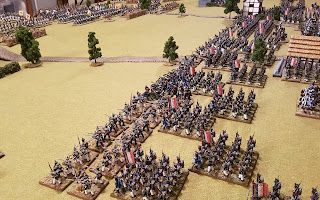 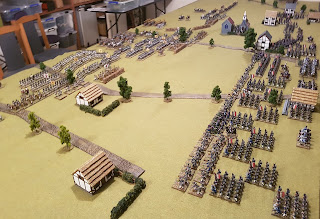 Similar numbers to the Austrians with over 1000 infantry, 144 cavalry and 24 guns, though with a much higher ratio of light infantry and horse artillery. The Austrians have six heavy artillery and 20 mediums, the French have 4 heavy artillery, 8 medium and 12 horse.

As for the Austrians, my French are in later uniform so all shakos and not a bicorne in sight. Some of the Young and Middle Guard are representing the combined Grenadier units in reserve. A battery of Polish horse artillery is included to make up numbers of these, but they could be mistaken for Italian if you don't look too closely. The rest is French plus few Italians. 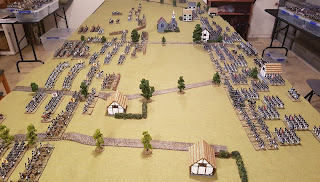 Celebrating the new year in the sunshine in our garden today (or rather in the shade, as it was a  stinking hot 31 degrees!), the wife and I opened a bottle of champagne which was a wedding present  a few years ago. An appropriate accompaniment to French deployment too of course :) 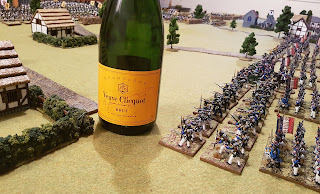 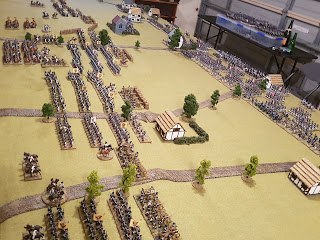 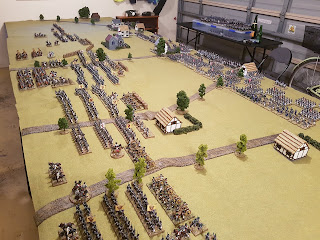 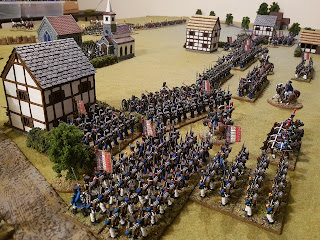 Below, some sappers in these central commands near the generals, will help with assaults. 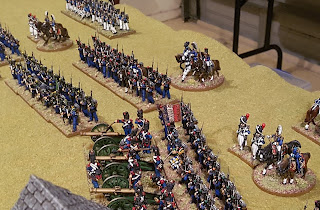 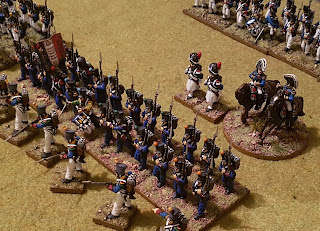 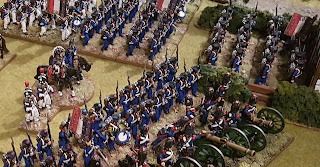 French reserves - Grenadiers, some Italians, plentiful Dragoons and Chasseurs, 24 Cuirassiers, three horse artillery batteries.  Unlike the Austrian reserves, these will all be arriving promptly, so resisting this pressure may be more of a challenge for the Austrians than I was reckoning.

Battle set for the morrow... 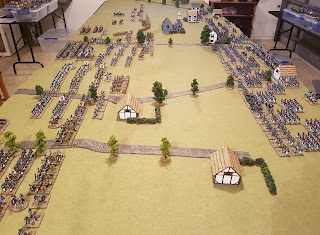