The Saxon regiments in 1810-13 were distinguished by their facing colours (red, yellow, blue, green), each colour having a regiment with brass and another with pewter buttons, making a total of 8 regiments. These regiments were named after their Inhaber or Owner/Patron. I've painted up the four regiments with brass buttons.

The great Rawkin's Saxon book has contains a wealth of information for painting, as well as interesting history.  In 1806 many of the Saxon Regimental Officers were nobility of advanced years, and criticised by the Saxon General Ferdinand von Funck as lacking in military knowledge, in addition to the mental and physical vigour necessary for campaigning. The average age of Colonels was 65, and Captains 55. Heinrick von Boblick, Commandant of the Konig regiment was 90 years old, though fortunately he had a youthful 72 year old deputy to assist him...  With later reforms better trained and more capable officers were available though.


Here's the Konig Regiment with red facings and brass buttons. The officer for this regiment is in steel gray Dienstuniform (service uniform) which was an alternative to the standard dress coat the officers of the other three regiments are wearing. It was authorised for all service except parades. The von Niesemeuschel regiment also had red facings but pewter buttons. 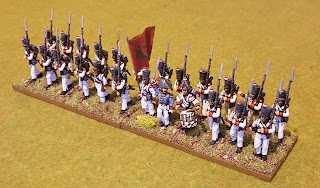 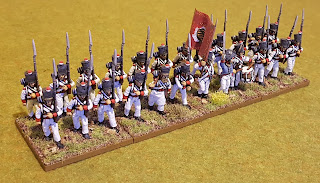 One detail of these Black Hussar Models is that the sabre/bayonet pouchcomes separately and must be glued on. This allows for a more realistic model appearance, though being a wargamer I'd also be  happy with the less fiddly pre-molded versions! 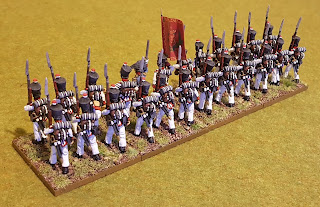 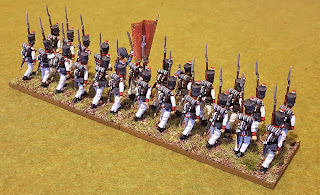 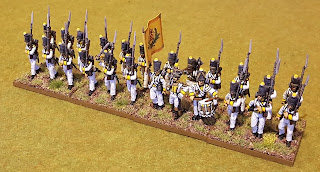 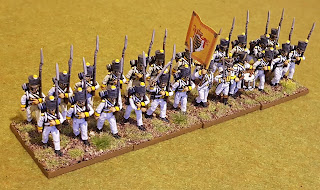 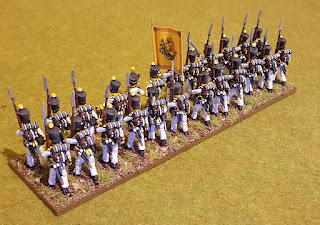 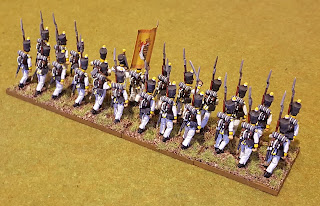 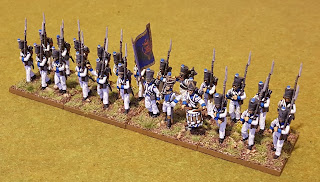 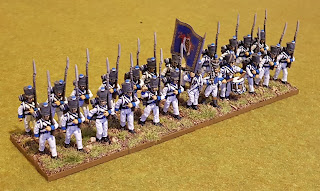 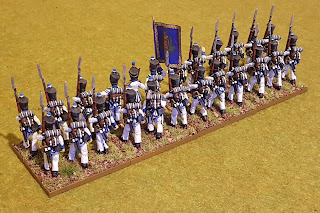 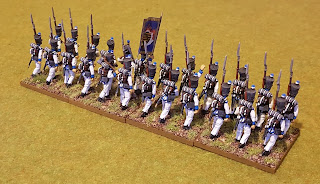 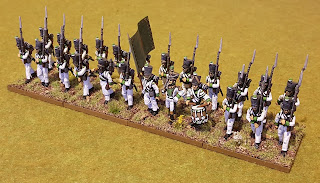 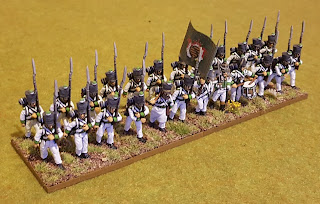 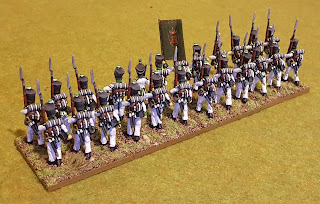 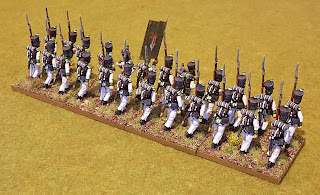 Thanks for looking, up next will likely be the Saxon Artillery.
Posted by Chasseur at 18:23