An assortment of figures put together to make up some French artillery. Four 12 pounders and four 6 pounders. I had two each of 12 and 6 pounders with crews, plus another two 12 pounders and two 6 pounders left over from French limbers. I bought two artillery crew extras packs from Perry to make up the numbers so that all guns could have four crew each. 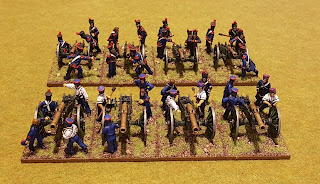 The 12 pounders crew come dressed in fatigues, which is not a great look for Napoleonics, somewhat worse than campaign dress! But I figured I'd still have a single battery of them! They also come with six crew each so only four figures from extra packs had to be added here to crew all four guns. 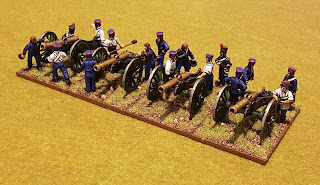 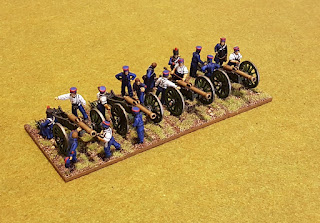 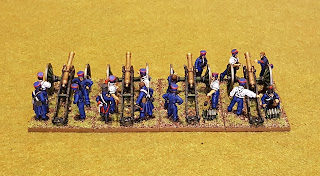 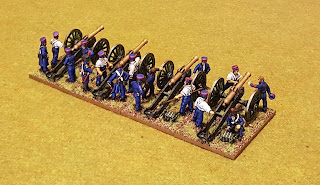 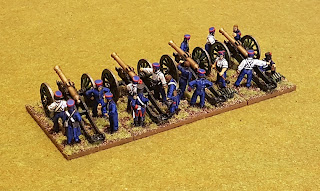 And then some more six pounders finished. Figures are a couple of gun sets, two spare guns from French limbers, and Perry extra crew sets to make up the numbers servicing the guns. 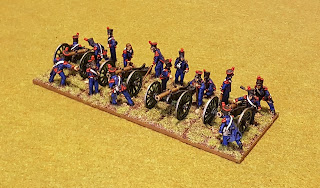 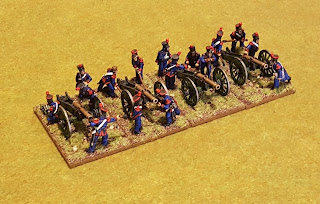 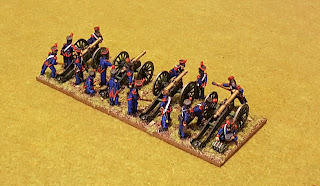 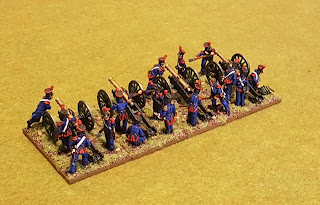