I have finished doubling my Italian Line Infantry and now have four units of them. Been putting them off because the figures are the early Victrix figures which require a lot of assembly, and painting of yet more white uniforms. Virus lockdown, which looks like being almost over here in New Zealand thankfully, has been a good excuse to get these done! 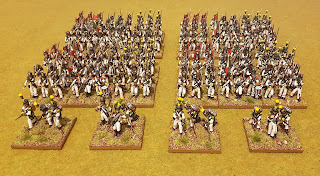 The Italian infantry had a complicated system with slightly different combinations of green, red and white for facings of their uniforms, and there is a lot of source inconsistency as to what regiment was wearing what during different time periods.  I cheated here and just painted all of these in the 3rd/5th regiment scheme for ease of painting and putting on the table and storing.  Facings are mostly green. 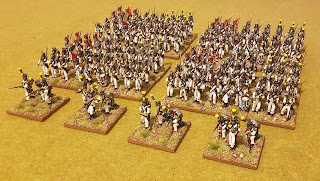 If I do more Italians, (perhaps using Perry) I will do another four units with more of a red theme to the facings. 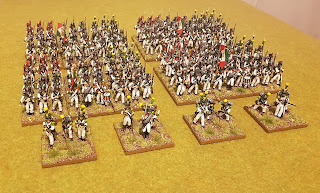 While I've done four units of 36, for the scale we most commonly play at they will be fielded as six units of 24. This gives me four line units like the following. 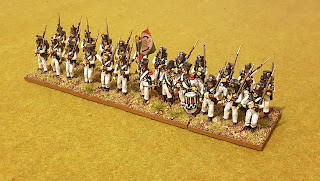 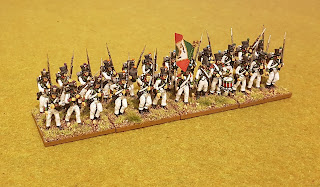 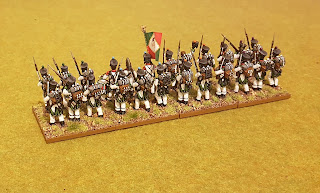 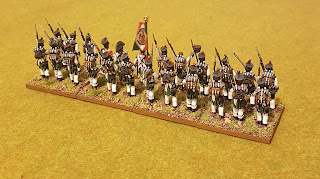 Plus a combined Grenadier unit. 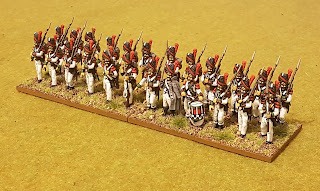 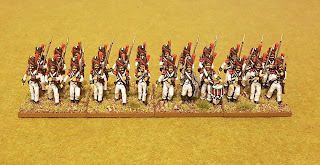 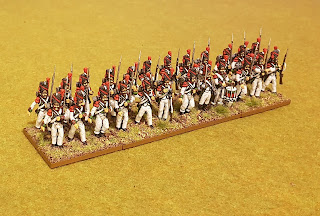 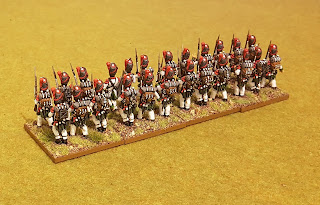 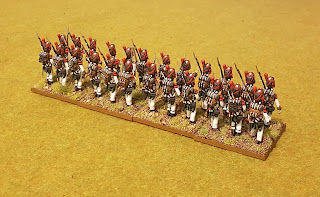 And a combined Voltigeur unit. 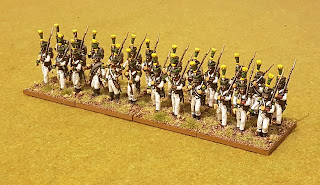 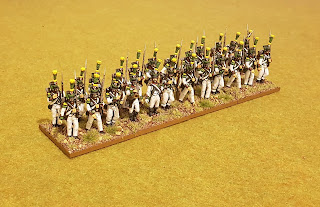 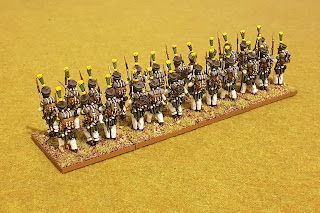 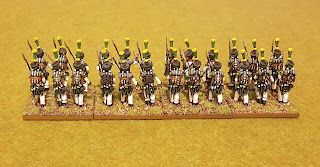 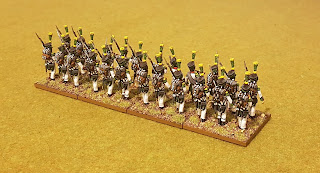 I also did up these four skirmisher bases. Once again from the Victrix kit, and I have plenty left over for more skirmishers and command. 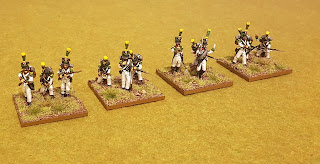 Next up is some Italian artillery. Two 1804-1812 Victrix French artillery sets are being used for these, to get the 8pdr and 12pdr guns and earlier uniform. After that perhaps some Italian light infantry. 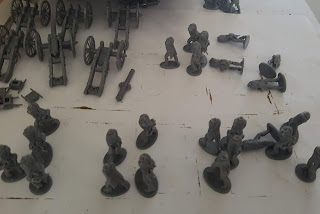 Thanks for looking! Hope you are all getting through this damnable pestilence ok, keep well!
Posted by Chasseur at 13:07