Making an entrance, here is the flamboyant Marshal Joachim Murat - King of Naples, Grand Duke of Berg, Grand Admiral of the French Empire, Prince of France, and "First Horseman in Europe". Known for his bravery and dashing cavalry charges, as well as attention to his appearance and ostentatious uniforms. 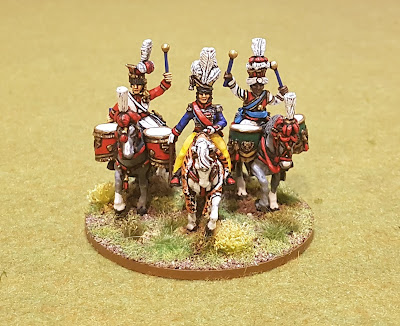 He is accompanied by two Old Guard Kettle Drummers, in photo on the left from the Polish Lancers, and on the right from the Mamelukes. Though I imagine he is unable to hear the drums over his thoughts of how fabulous he is looking today... 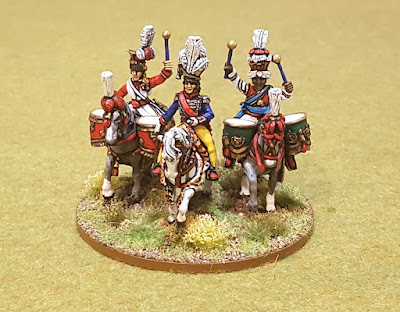 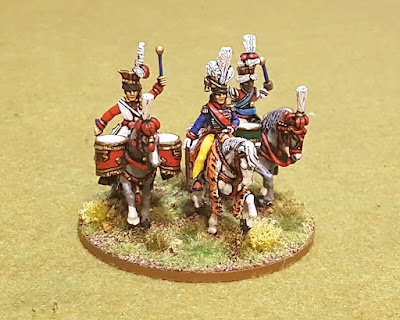 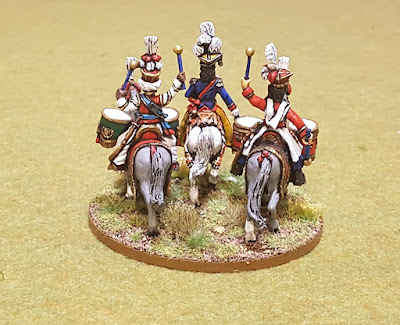 The figures are all by Gringo 40's. The two Kettledrummers are over the top companions I thought would complement Murat's personality and make him stand out even more on the table. Here they are cleaned up and assembled ready for painting. 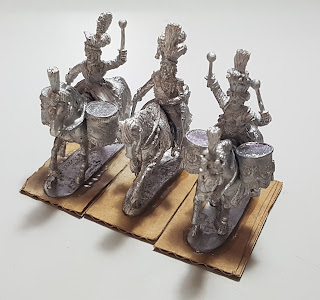 The uniform in the sculpt is clearly based on this painting of Murat by Antoine-Jean Gros in 1811. 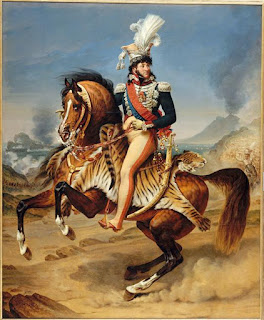 Here is another painting of him in 1806 at Eylau, leading one of ever so many cavalry charges. 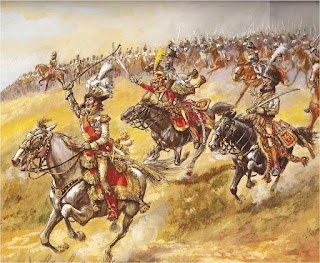 Murat had humble origins, starting to train as a priest as his family wished, before running off to join the 12th Chasseurs. He was forced to resign and work as a clerk temporarily due to an affair, before returning to become a bold and brave cavalry general and rising to the legendary heights of leadership and other titles mentioned at the start of this post. See here for a brief colourful history of Murat.
I have a biography of Murat on Kindle I have yet to read, but this miniature piece is one I have long planned so happy to have it finished. :)
Posted by Chasseur at 21:20