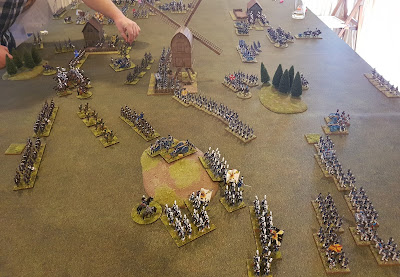 Confederation of the Rhine Forces

This game was an escalating engagement, which meant at least two thirds of each army had to start in reserve. I had just my Bavarian Infantry defending on the left, while the Prussian Guard and Dragoons were on the opposing side. Being the attacker my reserves would probably arrive slightly earlier. 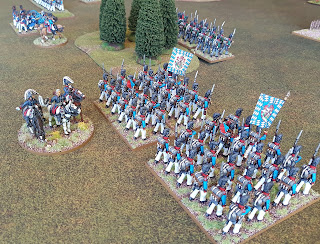 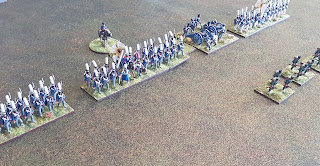 My reserve cavalry rapidly arrives on my right flank, Dragoons, Chevauleger, plus Horse Artillery batteries which deploy and commence firing. 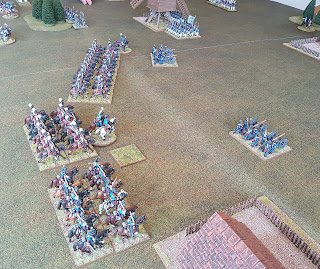 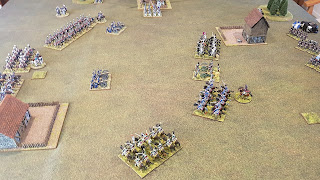 My entire cavalry wing is launched towards the enemy Dragoons and Artillery in a risky charge. 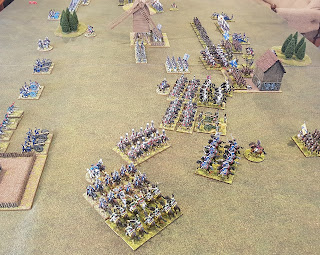 Baden Dragoons batter the Russian Dragoons but are unable to break them and retire. 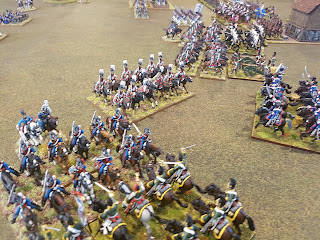 But Bavarian Cheavauleger run down the Russian Horse Artillery... 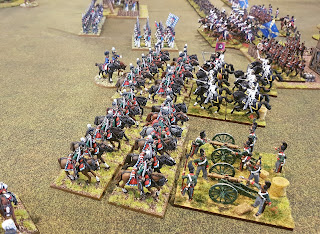 ...and charge on into a Prussian attack column, which fends off the attack despite being caught out of square.  Behind them the other Chevauleger also get very lucky, and break the Prussian Cuirassiers who had been hit by artillery fire. 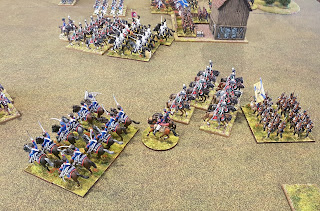 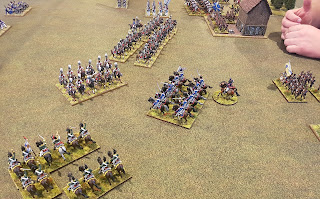 Prussian Dragoons counterattack and charge the Bavarian Dragoons, but are broken by them! The Prussians are having no luck. 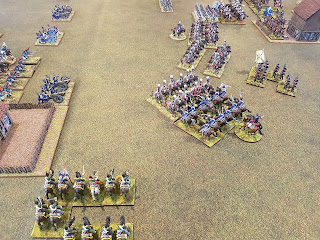 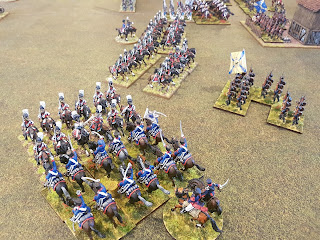 The Victorious Bavarian Cavalry falls back to regroup having sucessfully broken two enemy regiments and a horse battery. Wurttemberger reinforcements arrive to push the attack on the right flank, while Badeners are directed to the left flank. 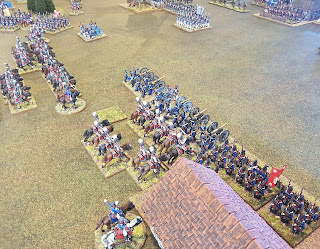 On the left flank a Prussian Guard attack column attempts to break through the Bavarian line, but they are repulsed. 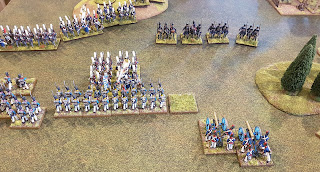 Wurrtembergers advance on my right flank with three batteries of artillery and cavalry in support. 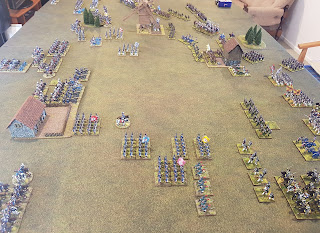 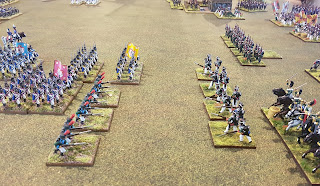 On the left flank Bavarians and Badeners engage in a deadly musketry dual with the Prussian lines. 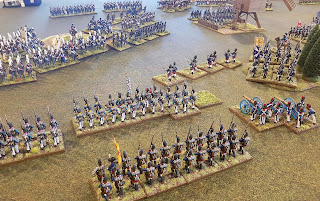 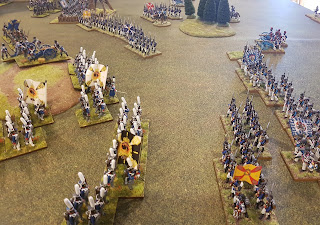 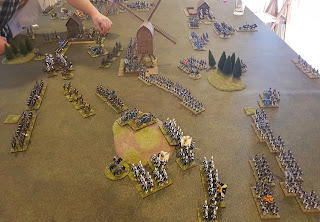 On the right flank the Wurttemberger attack columns shatter some Russian recruits but their attack grinds to a halt under pressure. The Bavarian Chevaulegers perform magnificently again and rout the Prussian Uhlans and another artillery battery. 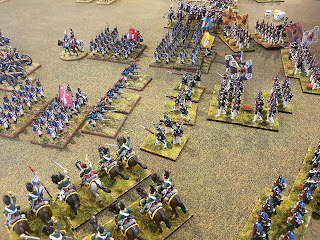 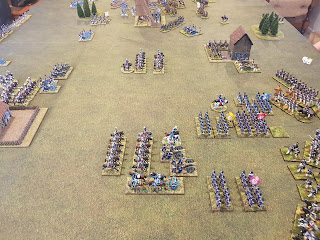 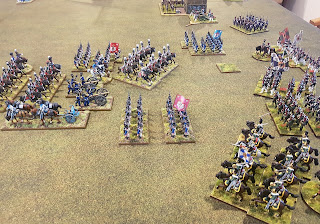 On the left flank, several lines have broken in the musketry dual and others are close to breaking, but daylight is fading as we end the 9th turn. 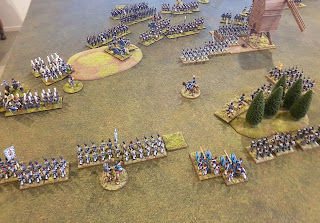 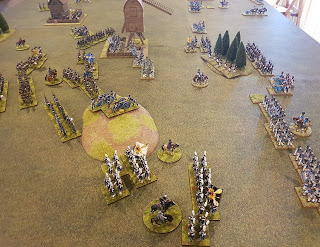 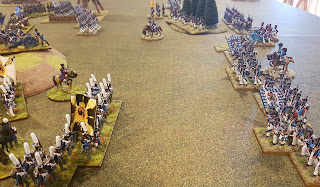 Both sides are exhausted and the battle ends. The result is a narrow victory to the Rhine who have inflicted heavier losses upon their opponents.

A fun game, with much movement on the right flank, and a grinding attritional firefight on the left flank, as more and more units were fed into the battle. The game was chiefly notable for the performance of the two Bavarian Chevauleger regiments, who in their first game, managed to break four enemy units against the odds! Likely the only time they will perform so amazingly.
For this game we used a variant of the 321 rules we've been testing and playing for over a year now. These have a shoot-move-melee rather than move-shoot-melee turn sequence, plus a number of other changes to speed up play even further, reducing numbers of dice rolls required and only requiring the player whose turn it is to be doing anything (enabling use of timers or chess clocks). A copy of the rules can be found here, and a quickref here. The purpose of these rules is to allow completion of large club games in a resonable timeframe, with several in the planning stages now we are out of the pandemic.
Posted by Chasseur at 19:01