So my brief WW1 intermission is over, and the Perry Twins are on their way to New Zealand to put together the diorama, exciting stuff!

Now back to Napoleonics :) I've got two Waterloo refights coming up, one with Blackpowder in Wellington, and one with General de Brigade in Christchurch. This is of course an excellent reason to paint up more French, as if one was needed! I only need one more Lancer unit for these battles, but I'm going to be adding many more units, mainly infantry.

I currently only have a dozen French infantry regiments painted, which I'm eventually aiming to more than quadruple if I include half a dozen Germans and Italians plus the Guard (4 each of Old, Middle and Young Guard). Plus some Polish on top of that.

Today I've been experimenting with ways to get a few more Voltigeurs and Grenadiers in my dress uniform regiments. I'm using Perry Plastics, and separating out the great coat figures for their own regiments so they are easily recognisable as conscripts or similar. This has left me a little short when it comes to dress uniform Voltigeurs and Grenadiers. Fortunately the Perry box sets come with six additional skirmishing Voltigeurs which I've been chopping up so they will fit into a march attack pose formation as NCO's directing troopers. The Perry Austrian set actually includes two such NCO figures and I quite like how they add a little variety to the march attack formations. Of course these figures can also look like they are Voltigeurs in the formation about to leave and go skirmishing.

The painted figures on the right are two of the original skirmisher models. The figures immediately to their left have been assembled in the same pose but have had their musket hands chopped off at the wrist and re-glued vertically. I've also made a careful cut before assembly so that the pointing arm is pointing forwards a little more directly. 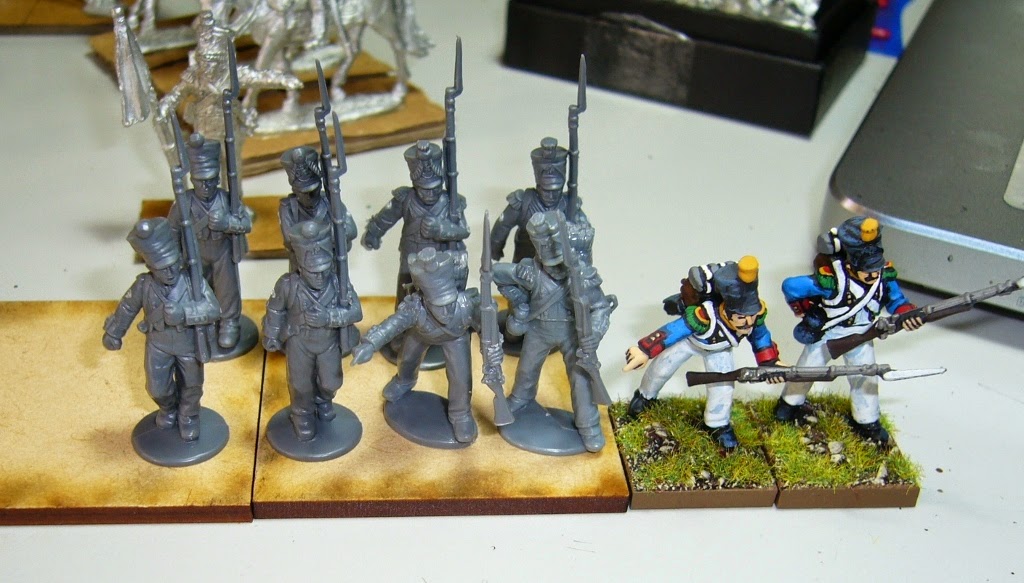 There's a greater variety of poses that can be made but I'm now satisfied enough that this should do the job and give me the extra two figures per regiment of 24 that I need. 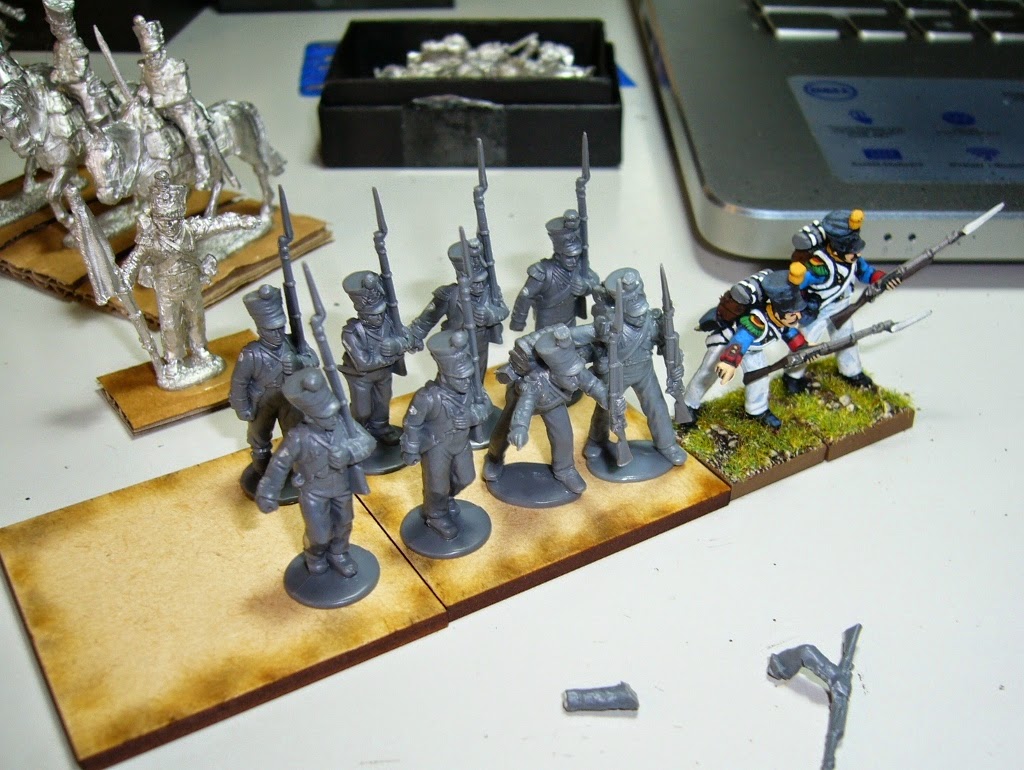 More French to come. Below are nine Perry French Infantry boxes, and three Victrix French boxes - lots to do! Six more Russian boxes have also arrived so now I have a dozen of them in a pile, but French first. 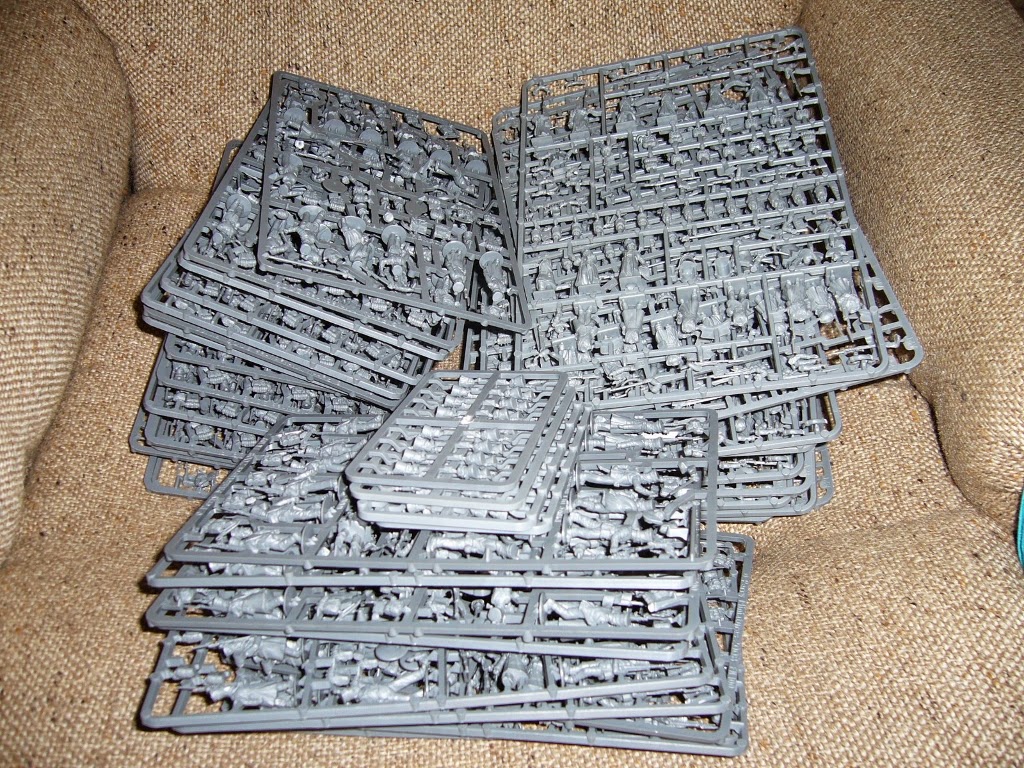