These figures are clearly modifications of Murawski's foot artillery sculpt. They don't have the cords and pompom for their bearskin hats, but perhaps they are in campaign dress. According to sources I have, they should have a single black crossbelt (and red piping on this and the black facings - which I've ignored due to the scale where it would be a fraction of a millimeter), but the models on Murawski's gallery have them with white crossbelts. After painting up both versions I went with the white crossbelts as they help lighten up what is quite a dark uniform otherwise. Perhaps they pinched the white crossbelts from the Austrians as well as the Austrian six pounders they are equipped with!

Just need to wait for Murawski to make some limbers now! 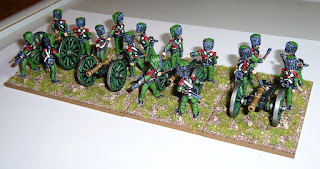 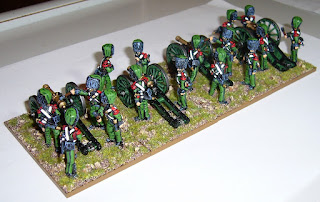 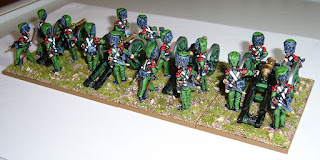 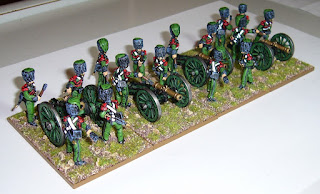