Adding to my Austrian Cavalry is one of my painting plans for this year. I've started with the Cuirassiers and Dragoons/Chevaulegers, to be followed by the Hussars and Uhlans.

I've shown some of these figures before but I've doubled the numbers since then and taken some better photos. 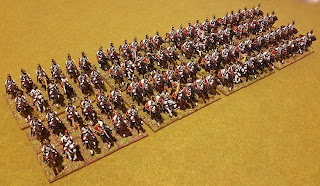 Very similar looking uniforms on these cavalry! The key different being that the Cuirassiers and Dragoons have larger horses than the Chevaulegers (though in practice they would likely take whatever they could get), and of course the Cuirassiers have the Cuirass or armoured breastplate.

Cuirassiers. The only difference between regiments is facing colours, so I'll show only one regiment of these (and of the Dragoons and Chevaulegers where the same principle applies). 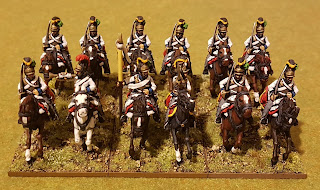 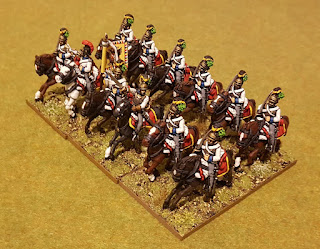 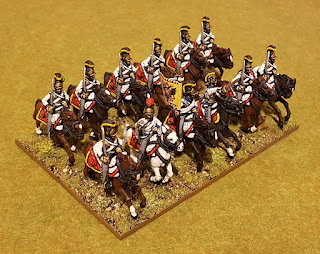 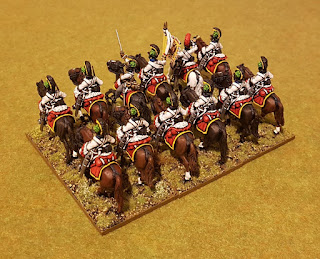 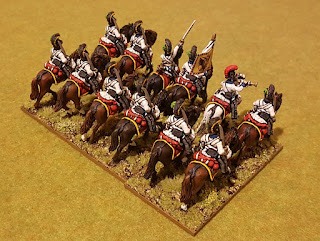 Dragoons. Same as the Cuirassiers but no breastplate. 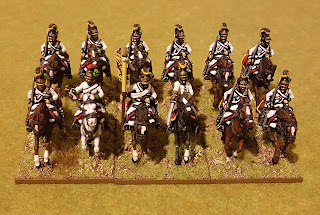 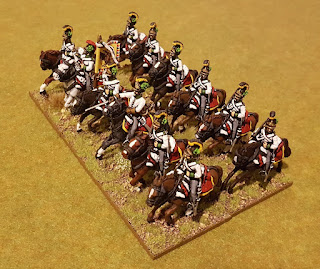 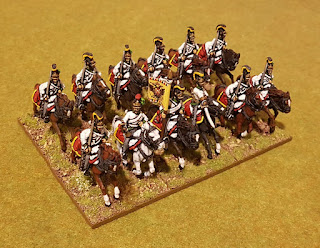 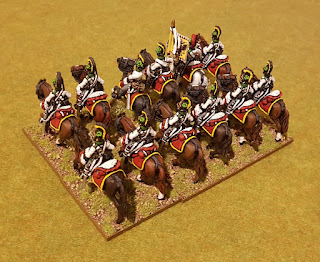 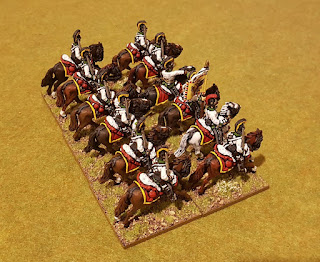 Chevaulegers. No standards for the Chevauleger as these were light cavalry, used for scouting. 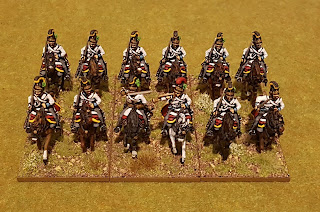 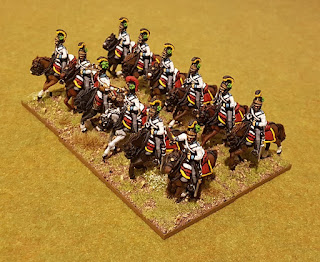 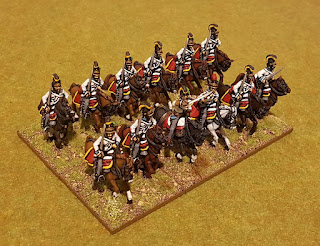 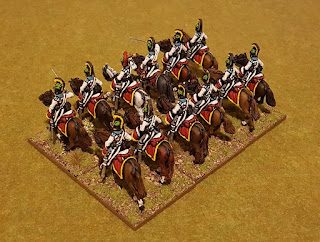 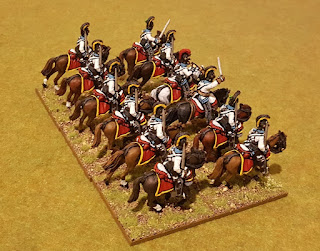 Lastly some comparison shots to show the subtle differences between these different types of Austrian cavalry! From left to right Cuirassiers, Dragoons, Chevauleger. Cuirsassiers have the breastplate, and slightly larger plumes, but Dragoons and Chevauleger look very similar indeed!

Difference between them is that the Dragoons rode larger horses and were battle cavalry, while the Chevauleger rode smaller horses and were used for scouting/foraging. The difference in horse size is clear when you see the models close up, but not so much from a distance! Some Chevauleger regiments also had green uniforms, and I'll probably add a couple of those at some point but at the moment my cunning plan is to be able to interchange these Dragooons/Chevauleger as needed. 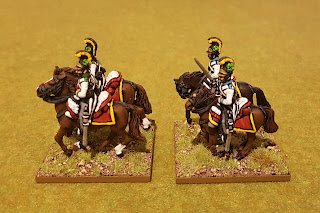 I like the colour combination of bright white, red and yellow, though it does get somewhat repetitive to paint! Fortunately the Austrian Hussars and Uhlans are a riot of different colours, and reinforcements for those will be coming sometime soon.


Would be great if someone were to make a plastic kit for these three troop types, all you would really need is a torso variant (one with breastplate, one without) and you could use it for all of them!
Posted by Chasseur at 23:17