At long last a manufacturer has released Baden Light Dragoons! This regiment was present in many French allied armies, but until now no 28mm models existed. Murawski Miniatures has made these models in their 1809 uniform. They are done in campaign dress, but fortunately (from my perspective), this campaign dress is not too messy and very similar to the full dress uniform.  Full dress uniform is what I prefer of course! 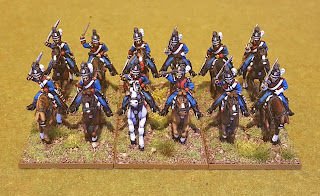 With their Raupenhelms and red faced Azure blue uniforms they are quite distinctive from other light cavalry. 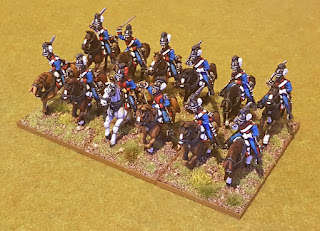 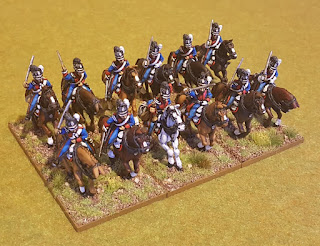 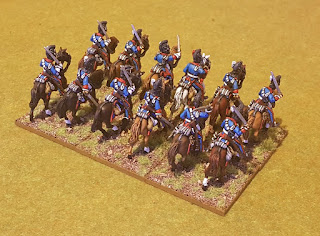 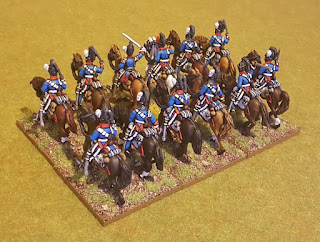 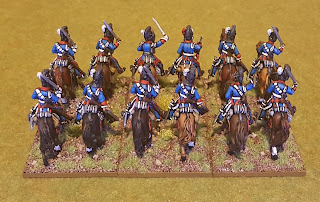 I did make one slight conversion to the figures. The figure in the back row second from left in picture below comes in the command pack wearing a fatigue long stocking cap (the 1805 cap on the left in picture below the unit photo). It may be historical but I didn't like the look of this fatigue kit breaking up the uniformity, plus frankly it reminded me of something a Warhammer Goblin would wear! Therefore, I removed the head and replaced it with a Raupenhelm from a spare infantry figure... :) 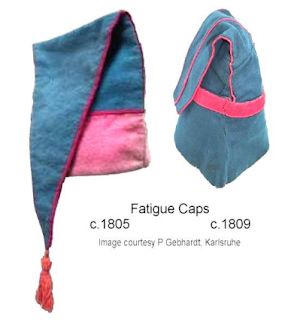 As to what blue to paint these... this is the subject of debate. It may well have been the colour of the fatigue caps above (which I believe are recreations). As far as we can ascertain it was lighter than the Baden infantry blue but darker than the Bavarian blue. Consulting the Baden Rawkins book and Facebook Napoleonic Wargamer group, I decided on Vallejo Prussian Blue, highlighted with Magic Blue, highlighted with a mix of Magic Blue and Azure. If you look online you will see prints and models of them painted as light as the Andreas Blue or Sky Blue, but I will be using the Andreas Blue for Bavarians so that was out and these lighter blue colours are probably too light anyway. 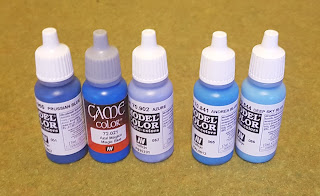 Speaking of the Rawkins Baden Army book, this downloadable series cannot be recommended enough! They are amazingly cheap for the quality of material you get, buy them here. 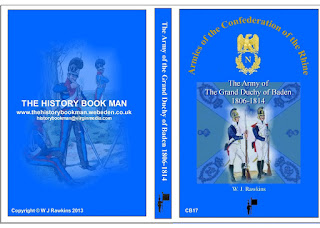 Lastly, for further reference, here's some  prints and pics of Baden Light Dragoons found online. As  you can see the colour of blue depicted varies considerably!

1809 uniform has the red lapels on the chest. 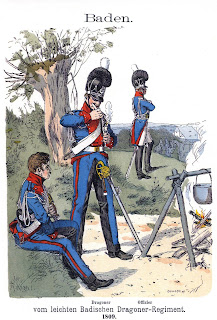 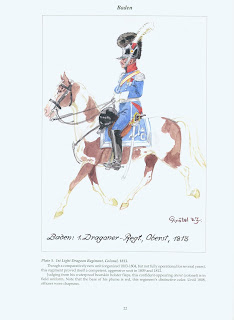 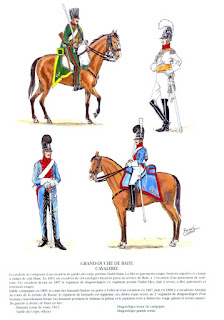 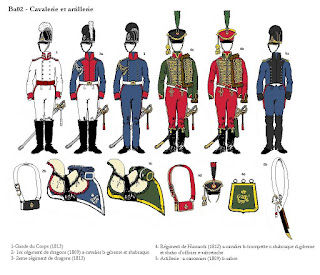 Also found online, a Baden Light Dragoon Officers Raupenhelm. Looks like it has sabre slash damage across the front (though perhaps it was damaged in some other way of course). 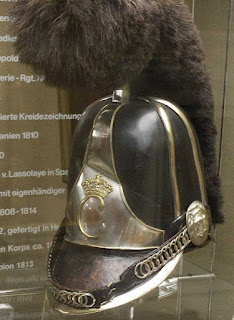 And this Raupenhelm from a trooper. 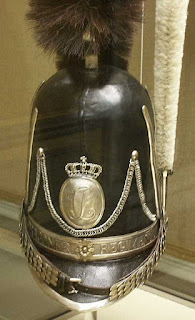 Thanks for looking! And thank Roger at Murawski for making these for us by buying a unit here!

Next up will be more Baden!
Posted by Chasseur at 19:57