Defending against the arrival of the Prussians is where I'll be this Saturday and Sunday commanding VI Corp as General Lobau. I painted up the Perry General Lobau figure, together with a French Colonel I had lying around. Certainly looks confident enough on his white horse waving his hat around, but how will it all go on the field of glory? 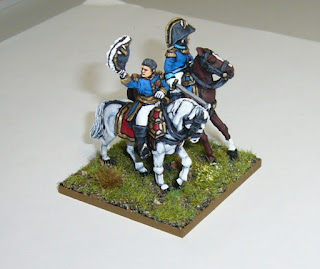 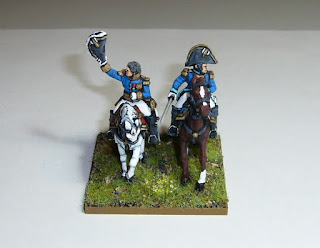 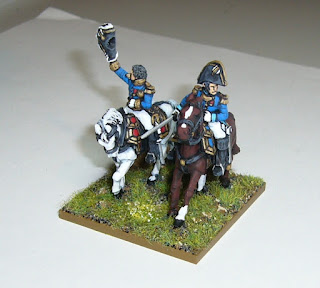 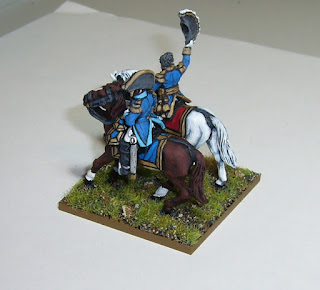 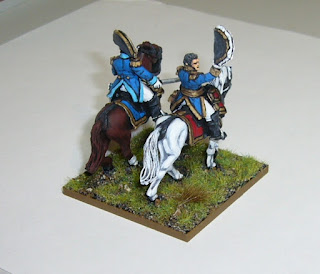 Was somewhat undecided as to the colour of the hair, but went with a greying black. Here's a portrait of him in his younger days, 1792. 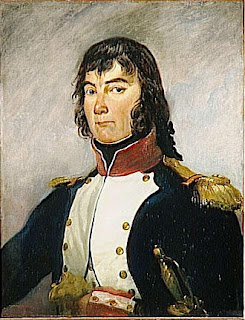 And much later on, but not certain of the date of this portrait. After the defeat at Waterloo he was exiled, returning to France in 1818. For services to the King of France he was eventually made a Marshal of France in 1831. He also served in the House of Representatives. 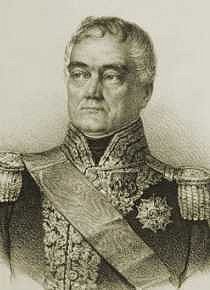 An interval of warm weather today so happily I also managed to spray undercoat some more figures!
Posted by Chasseur at 15:46